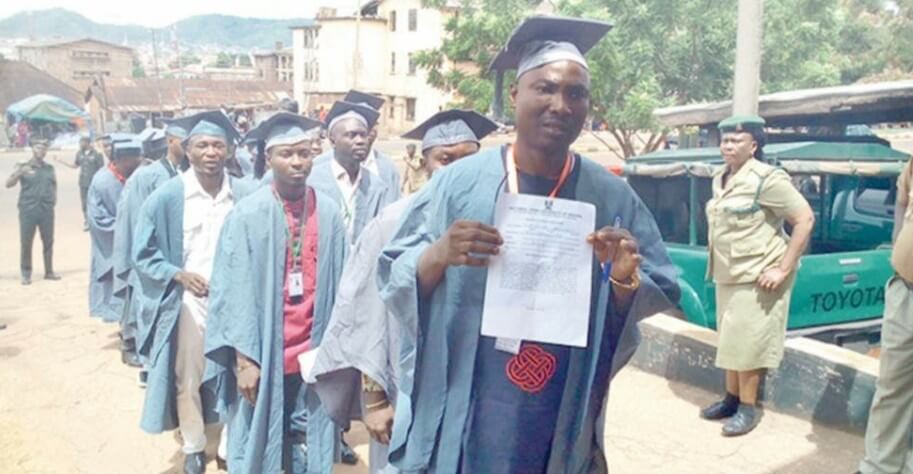 In a recent development, about 127 inmates of Enugu Custodial Centre are expected to sit for the November/December National Examination Council (NECO) senior secondary certificate examination (external), an official has said.

Mr. Monday Chukwuemeka, the Public Relations Officer of the state command of Nigerian Correctional Service (NCS), disclosed this in a statement made available to the News Agency of Nigeria (NAN) in Enugu on Thursday 18 November 2021.

Chukwuemeka said that the NCS under the leadership of the Controller-General of Corrections, Mr. Haliru Nababa, was focused on using education as a viable tool for reforming inmates in custodial centres in the state. “This has resulted in the admission of over 400 inmates into various degree programmes of National Open University of Nigeria (NOUN) across the federation,” he said. He said that the state Controller of Corrections, Mr. Nicholas Obiakor, has appreciated the Carmelite Prisoners Interest Organization (CAPIO) and Isaac Blessings Foundation for financing the registration of 71 and 56 inmates for the NECO examination.

The spokesperson said that the controller also solicited for the support of the general public to end the stigmatization of ex-inmates to ensure they were fully re-integrated into the society. “The command is advising inmates to emulate previous inmates who performed excellently in NECO exams as well as pursue other higher educational attainments.

“The command is encouraging other inmates to utilize opportunities made available by the service in the various learning and skill acquisition centres in the custodial centres to improve themselves and get fully reformed,” he said.

Why millions of Nigerian graduates are unemployed — FG