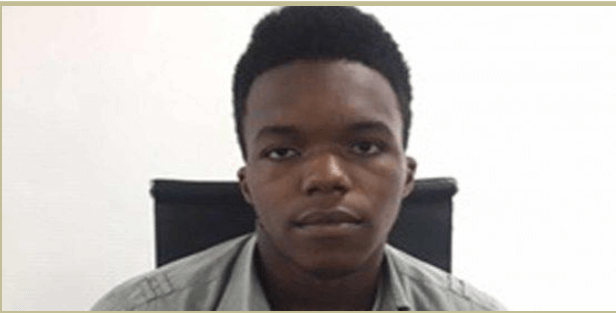 For his exceptionally brilliant performance, a former student of Kings College, Lagos, Kelechi Anyanwu, has been offered five scholarships from institutions in the United Kingdom, the United States of America and Canada.

Fifteen year-old Kelechi said: “I am still waiting for other offers from universities like York University, Canada, Saint Louis University, United States and a couple of other institutions in the U.S, Newcastle University, UK, University of Sheffield, University of Leeds and University of Istanbul.” Anyanwu, who has also been offered admission at the University of Lagos (UNILAG) said discipline, hard work and being focused were his guiding principle.

In the wake of the COVID-19 lockdown and disruption in academic calendar, Anyanwu said he enrolled for a foundation programme in UNILAG and got 14 out of 16 points “I also took the Scholastic Assessment Test (SAT) in December, last year, and scored 1,400 out of 1, 600. I have applied to different schools abroad, I have been offered some admissions and I am still waiting for more offers so I can choose the one that best suits me.  I have always wanted to study Engineering. My ideal course will be Electrical Engineering. I can also do any type of engineering. I like Physics and Astronomy, Nuclear Physics or Theoretical Physics, but basically Physics Engineering.”

Asked what he did differently, Anyanwu said: “I am a disciplined person right from when I was a kid. I have had the same mentality, nothing really changed. I just became more focused and due to the competition and pressure in UNILAG, I felt I needed to put in a little more effort. Then, I came out with a good result. For the SAT exams, I just practised. I felt I didn’t have much time. I had about one month to prepare. So, I kept everything aside, focused, put all the hard work and it paid off.”

On his advice to his mates and young people generally, Kelechi said they must have passion for what they do, set goals, work towards actualizing them and also be disciplined. “You need to be interested in what you are doing and why you are doing it. Be specific about your goal, set a timeline and the score you want, then with discipline and hard work, the sky would be your starting point.”

Anyanwu was worried about the incessant strikes in the nation’s tertiary institutions, saying young brilliant minds waste too much time in school. According to him, industrial actions have not helped the sector. He also called for improved facilities in schools, saying laboratories should be well-equipped, while more computers should be provided in libraries to enable students have access to information online. He called for a review of admission processes, so that brilliant students are not inadvertently hindered from securing admission.

Describing the young Kelechi as an exceptional child, his mother, said from infancy, his son always paid attention to details. “To the glory of God, Kelechi has been exceptional. He has been exceptionally intelligent and he prays a lot. When he won this scholarship, his elder brother went to him and requested that he teach him how to pray. Besides, he is very much disciplined. He has his timetable, time to play, sleep, eat and read.

Mrs. Anyanwu appealed to parents to motivate, encourage and guide their children to actualize their dreams. She said: “Most children have hidden talents. With encouragement from parents, they can go places. Parents should have time for their wards and encourage them in their studies.”

On why she preferred universities abroad, Mrs. Anyanwu said the nation’s educational system is in a deplorable state and would require total overhauling.

“I am not saying Nigeria is not good, but our education system is nothing to write home about. My husband is a professor. Last year, his salary was held for one year and one month before he was paid. How do you expect such a person to give his best to students? That is what Nigerian universities are facing.