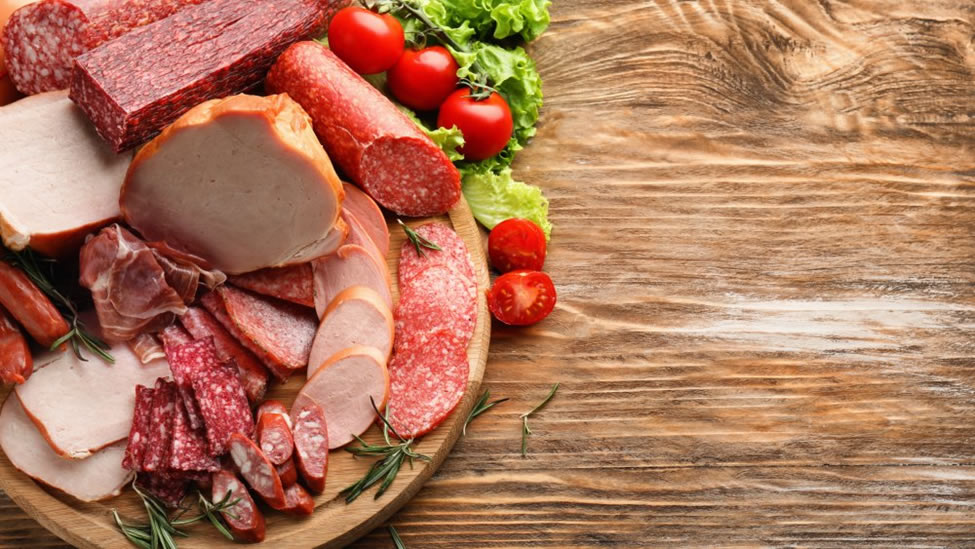 Processed meat is meat that has been preserved by curing, salting, smoking, drying or canning. Food products categorized as processed meat include:

On the other hand, meat that has been frozen or undergone mechanical processing like cutting and slicing is still considered unprocessed. Processed meat has consistently been linked with harmful effects on health.  This is a fact that health-conscious people have been aware of for decades. For this reason, eating high amounts of processed meat is more common among people with unhealthy lifestyle habits. As an example, smoking is more common among those who eat lots of processed meat. Their intake of fruit and vegetables is also much lower.

“We found consumption of 150 grams [just over 5 ounces] or more of processed meat per week was associated with a 46 percent higher chance of cardiovascular disease and 51 percent higher chance of death compared with those who did not consume processed meat,” said co-author Mahshid Dehghan, PhD, investigator of global health at the David Braley Cardiac, Vascular, and Stroke Research Institute.

The new study was recently published in the American Journal of Clinical Nutrition. Dehghan and team analyzed the diets and health outcomes of 134,297 people from 21 countries. Researchers tracked their meat consumption and rates of cardiovascular disease. After following study participants for almost 10 years, the researchers found that eating 150 grams (just over 5 ounces) or more of processed meat a week was associated with an almost 50 percent increased risk of cardiovascular disease and more than 50 percent higher risk of death from all causes than those who ate no processed meat.

“The main limitation of this study was that we were unable to include method of cooking for each country,” Dehghan said. “We acknowledge that this limitation might attenuate the association between unprocessed red meat and poultry and health outcomes.”

She explained that an observational study that addresses diet and health risk, like this one, typically relies on food frequency questionnaires (FFQ), which may be prone to errors from participants either overestimating or underestimating their consumption. “However, the large sample size in this study is helpful in mitigating this risk,” Diewald said. “In addition to the large sample size, the study’s staff was well-trained staff in the use of the FFQ, so the results may be looked on as more reliable.”

How avocado keeps diabetes away and boosts weight loss