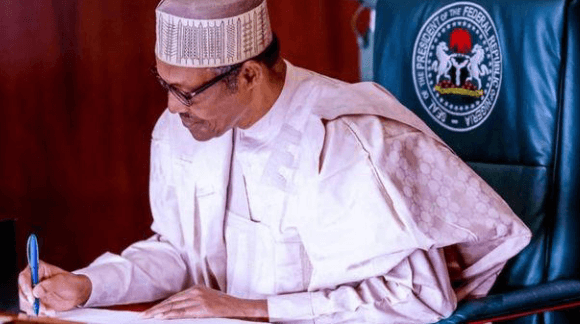 Speaking during the signing of the bill, Buhari said the new law makes provisions for the setup of a trust fund “to ensure the coverage of 83 million poor Nigerians who cannot afford to pay premiums as recommended by the Lancet Nigeria Commission”.

“For the large number of vulnerable individuals who are not able to pay health insurance premiums, a Vulnerable Group Fund will be set up to include a component of the Basic Health Care Provision Fund due to the Authority, Health Insurance Levy, Special Intervention Fund and any investment proceeds, donations and gifts to the Authority,” Buhari was quoted as saying in a statement by Garba Shehu, his spokesman.

The President also said there will be collaborations with state government health insurance schemes to accredit primary and secondary health facilities to ensure the delivery of quality health services.

He asked the health sector reform committee — inaugurated in January 2022 — to work with state governments, the federal ministry of health, and the national health insurance authority to ensure the implementation of the new act. According to the statement, under the new act, the health insurance authority and state governments will also develop information management systems and digital records for better data collection, monitoring, and quality assurance.

The chairman of the country’s Senate committee on health, Ibrahim Oloriegbe, has consistently advocated the signing of the bill into law since it was passed by the two chambers of the National Assembly. According to Mr. Oloriegbe, who represents Kwara Central in the upper legislative chamber, the new bill makes health insurance mandatory for all Nigerians.

To reduce huge out-of-pocket spending for health services, which often leaves average and vulnerable Nigerians in penury, the government established the NHIS in 2004. Despite billions pumped into the scheme since its inception 18 years ago, millions of Nigerians still lack access to quality healthcare services.

About eight out of 10 Nigerians do not have health insurance cover in Africa’s largest economy, according to a 2021 survey by NOI Polls.

The few persons enrolled in the scheme complain of inadequate service delivery. They say the scheme fails to cover key treatments for serious ailments such as cancer which is very expensive and has left many patients and their families with no option than to sell properties to raise funds.

The health insurance scheme is one mostly described as fraudulent and an agency that lacks transparency and accountability. As of 2018, two past heads of the agency were accused of fraud.

Some of the health stories that made headlines in 2021