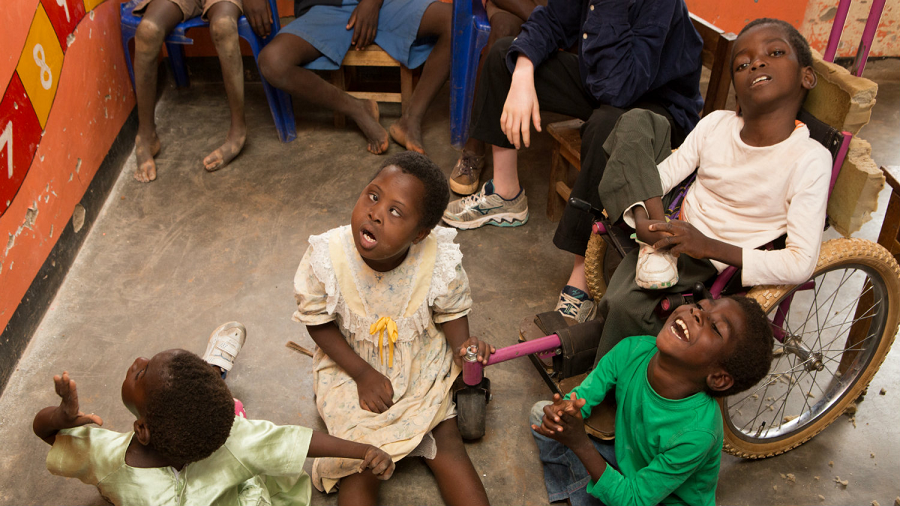 Experts, parents and stakeholders have decried the lack of early intervention centres and assistive technology for intellectually-challenged children especially those with autism, cerebral palsy and other learning difficulties.

Anthony Kupe was born with a genetic disorder. His development was not like that of his peers. He was diagnosed with cerebral palsy. Cerebral palsy is a group of disorders that affect movement and muscle tone or posture. It is caused by damage that occurs to the brain as it develops, most often before birth.

Despite his condition, he graduated from the Lagos State Polytechnic (LASPOTECH), where he studied Business Administration.  He is a graphic designer and runs a foundation (Anthony Kupe Foundation) devoted to people with similar disabilities.

“During my early days in school, my peers didn’t want to associate with me because they thought they were better than me. I told them my results would determine. Truly, I performed better than some of them,” he said at an event where he distributed cerebral palsy chairs to school children with the condition.

Otitoju, however, noted that accessing assistive technology and learning facilities was a major challenge. 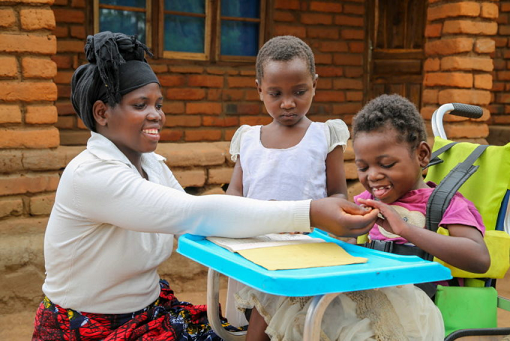 “The major problem is accessing learning facilities and technological aids. We don’t really have them in the country. With assistive technology, special needs children can function very well. They can even take part in online classes. There are various apps that can help them to learn, picture applications and all that. But getting gadgets like laptops, iPads and all is a herculean task.”

She also said a device, Virtual Reality Box (VRB), helped special children to learn effectively. She noted that it brought to them the classroom experience, but it was not common. ”We have the VRB which aids effective learning for special children. It is used with a memory card and plugged to a phone. It is a headset which looks like a microscope for viewing. For instance, if you want to teach Mathematics, the memory card to be inserted in the device would have Maths content. Once it is plugged to a phone, children can learn the subject. It is not common. It is mostly used for autistic children,” she said.

While Nigeria’s National Policy on Education advocates inclusive and free education for people with special needs, training of special education teachers, regular census and monitoring of people with special needs for adequate educational provision, experts say   government had not really addressed the issue. They also note that even if there were laws mandating schools to put  inclusive  education in practice, the scarcity of instructional materials, understaffed schools and overpopulated classrooms would make the policy less effective.

A report on inclusive education by the World Bank and the Global Partnership for Education noted that though literacy among children with learning disabilities has increased globally, the children are still excluded from educational policies and lag behind their peers. The study, conducted in 19 middle-and low-income countries, stated that three in 10 children with disabilities have never been enrolled in school and just about half of those who enrol complete primary school.

A parent, who pleaded anonymity, told the press that children with intellectual disability were not getting the needed support. She said: “When talking about children with disability, perhaps all we see are those with visual impairment, those with missing limbs, spinal cord injury which mostly are results of ghastly road accidents and bad surgeries. But, if we are able to take care of the psychological aspects of these challenges, the children are able to learn normally. Even if government distributes wheel chairs, it is useful for people who have control over their upper body.  Proper medication, therapies and requirements for daily living are deserving of attention.”

Mrs. Adesola Adediran, head of School, Soundhope Montessori School, Baruwa, Lagos, said special needs education was capital intensive for all involved. Training for staff and internationally-recognized certifications don’t come cheap. She noted that the fees for specialized schools were very high. She said: “Not many families can afford specialized schools. A term at the Patrick Speech and Language Centre, for example, costs about N500, 000. That is impossible for average parents in the country. That is a problem for most families. Some would not even enrol their wards in school.”

Otitoloju doesn’t believe in specialized schools. She wants special needs children to attend the same schools with other children. “I am an advocate of inclusion. I don’t believe in specialized schools. Children have the ability to learn from each other easily. So, when we mix children with intellectual disability with those who are normal, they learn from them. They easily form relationships. Since they are young, they don’t discriminate. Participation should be encouraged among all children so that when they grow, they won’t feel inadequate. Even those without disability have their own weaknesses,” she said.

An advanced autism specialist and special education consultant, Helen Obiageli Oshikoya, urged parents to embrace educational technology. Embracing technology would be a challenge for special needs children. She noted that special children could not engage with online learning because most parents did not have professional training to administer online learning. She said they did not have time to stay long enough with their children to help them achieve effective learning.

Her words: “This is a herculean task for special needs children and it is not insurmountable. It will require that parents painstakingly work with their children ahead of class. The harsh economic realities may result in parents having reduced time to spend with kids. Once parents are more involved, they will be  effective  in encouraging children with special needs to learn.”

Otitoloju wants an enabling environment for special needs children, among other things. “An enabling environment should be created for intellectually-challenged children. Some children with intellectual disability have mobility problems. Do they have wheel chairs to move around? What are the provisions made for them? Are there enough technological aids like VRB, iPads and all to assist them in learning? Someone who has good access to the classroom would be ready to learn,” she said.

Adediran wants government and the private sector to collaborate to establish intervention centres for such children to reach their potential. “Government and the private sector should create early intervention centres to cater for special needs children in the country. There are  special schools for the deaf, the blind and those with other disabilities, but only private people are running schools for children with learning difficulties, cerebral palsy and other mental conditions that can affect learning process in children.” She also canvassed for training of teachers in main stream schools to manage the children.

“Teachers should be trained to manage the children. Government should recognize that there is a problem, and work to solve it for children to realize their potentials. We have heard stories of many of them who exhibited rare talents and are known worldwide,” she said.