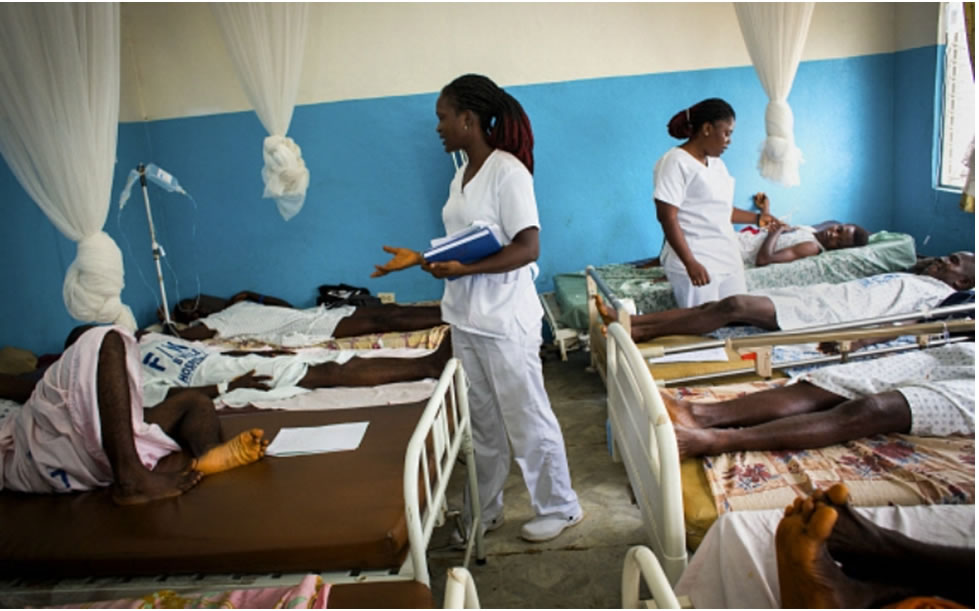 A report by the World Health Organisation titled “The Health of the People” is the first of its kind to focus on the health conditions of the nearly 738 million people who live in Africa. The report acknowledges that Africa confronts the world’s “most dramatic” public health crisis. But it also offers hope that over time the region can address the health challenges it faces, given sufficient international support.

The report provides a comprehensive analysis of key public health issues and also views the level of progress made on them in the Africa Region.

HIV/AIDS has continued to ravage parts of the Africa Region. The region has 11% of the world’s population. But about 60% of that population is with HIV/AIDS. Although HIV/AIDS remains the leading cause of death for adults, more and more people are receiving life-saving treatment. The number of HIV-positive people on antiretroviral medicines continues to increase in folds.

More than 90% of the estimated 300–500 million malaria cases that occur worldwide every year are in Africa, mainly in children under five years of age, but most countries are moving towards better treatment policies. Of the 42 malaria-endemic countries in the African Region, 33 have adopted artemisinin-based combination therapy—the most effective anti-malarial medicines available today—as first-line treatment.

River Blindness has been eliminated as a public health problem, and guinea worm control efforts have resulted in a 97% reduction in cases.

Leprosy is close to elimination—meaning there is less than one case per 10, 000 people in the Region.

Most countries are making good progress on preventable childhood illness. Polio is close to eradication, and 37 countries are reaching 60% or more of their children with measles immunization. Overall measles deaths have declined by more than 50% since 1999. In 2005 alone 75 million children received measles vaccines.

While it drew the world’s attention to recent successes, the report offered a candid appraisal of major hurdles, such as the high rate of maternal and newborn mortality in the Region. 19 out of the 20 countries with the highest maternal mortality ratios worldwide are in Africa. The Region also has the highest neonatal death rate in the world.

Basic sanitation needs remain denied for many. It is estimated that only 58% of people living in sub-Saharan Africa have access to safe water supplies.

The report stresses that Africa can only move forward on recent progress by getting government to  strengthen its fragile health systems.