As the strike action of the Academic Staff Union of Universities deepens, students have begun to acquire vocational skills to keep themselves busy during the period.

ASUU had embarked on a one-month warning strike and subsequently extended it by another eight weeks as a result of the Federal Government’s failure to implement the Memorandum of Action it signed.

A cross-section of students, who spoke to newsmen on Monday 21 March 2022, in Abuja, said they were tired of staying at home.

A Political Science student at the University of Abuja, Louis Imah, said he had decided to learn tailoring, believing that it would be useful to him in future. Imah said that from every indication, the ASUU strike would likely take longer than necessary as both parties appeared not to be interested in making compromises.

“Since we cannot tell when the strike would be suspended, I will advise other students not to just sit at home doing nothing, but engage themselves in activities that would benefit them in future. There are many skills that one can choose from, ranging from fashion designing, make-up art, shoemaking, baking and many more. Do not just sit idly at home, engage yourself with something meaningful,’’ he said. 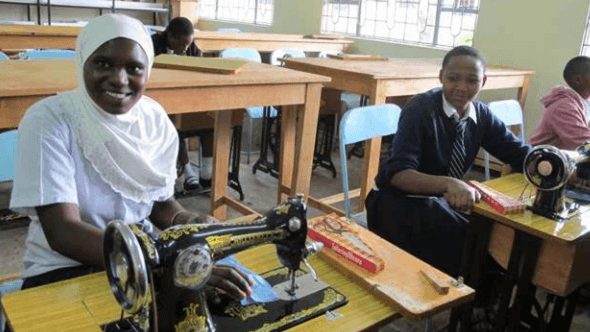 A phone merchant and a student of the University of Abuja, Victoria Eku, said vocational skills would continue to grow as millions of students opted for it, to create a wealth of financial opportunities. “Youths are realizing the value of having skills and are dedicating time to groom themselves to convert these skills into entrepreneurial gains and self-reliance.”

According to her, it is not about the money but the pleasure they derive in practising these skills.

“Vocational jobs are perfectly respectable; even training is now at the centre of the university curriculum. Although it is viewed as a remedial track for unstable education in Nigeria, no

student has any excuse for remaining on the street or being idle,” she said.

An apprentice and student of the University of Lagos, Mr. Deji Ayodele, said that the Nigerian economy was changing, creating a wealth of challenging, well-paying, highly-skilled jobs for those with the skills to do them. “Many of the jobs available today are attainable through apprenticeships, on-the-job training, and vocational programmes. They don’t require expensive, four-year degrees and non-existent working experience. Students can be self-employed and create employment for others in the present educational debacle, thereby addressing unemployment and insecurity ravaging the country,” he said. Deji advised youths to acquire a skill like carpentry, welding, bricklaying or plumbing, especially those in the university or polytechnic.

Mr. Emmanuel Effiong said he swayed towards vocational jobs as a result of the compulsory ASUU strike. “I have been stuck at home, not studying, and started to search for how to fill spare time. Taking up a skill has been helpful in supplementing whatever pocket money I get from my parents. I will continue my business even when the strike is over and school resumes. I will have to find a balance between school and my job,” he said.

In a similar development, the Speaker of the Federal House of Representatives, Hon. Femi Gbajabiamila, says that it is very worrisome to note that Nigeria has as many as 10.5 million out-of-school children roaming the streets aimlessly. According to him, the figure is too outrageous. He describes it as a time bomb that can explode any time, which he said would not blow any favourable wind on the entire country’s education sector.

Speaking at the flag-off of the enrollment of 500 out-of-school children at the Emir’s palace in Gusau, the state capital, under Gba Professional Foundation, Gbajabiamila, who spoke through his Chief of Staff, Hon. Sanusi Garba Rikiji, said that the situation calls for public concern.

Hon. Rikiji whose Foundation collaborated with that of Gbajabiamila, urged federal, state and local council governments as well as stakeholders to join forces in the fight against educational backwardness in the country. Hon. Rikiji, who was Speaker of Zamfara State House of Assembly, explained that the 500 out-of-school children were drawn from the 14 local government areas of the state. According to him, Gbajabiamila has designed the program to cover all the states of the federation, saying that Zamfara State got a slot of 500 beneficiaries in the program.

“The intervention will enroll them into primary schools with adequate provision of uniforms, school shoes and all other facilities to make learning easier until they finish their primary education,” he added.