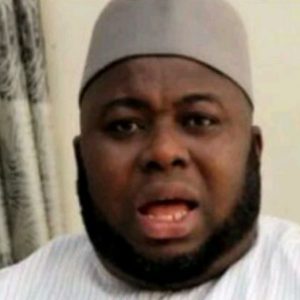 Mr. Gume went on to say that the Igbo, on the contrary, always denied other Nigerian tribes ownership of shops in all the Eastern markets. He claimed to have visited several eastern markets for what he called “ethnic survey” and discovered that not even one shop was allocated to a non-Igbo in any Igbo community. He then asked anyone who knew of any such allocation to come forward, speak up and be counted.

It was good that no less a controversial figure than the erudite and outspoken founder of the Niger Delta Peoples’ Volunteer Force fired back at Gume, pointing to the reality on the ground as far as relationships were concerned between the Igbo and the Hausa-Fulani in Nigeria. As a major political figure among the Ijaw ethnic group of the Niger Delta region, Dokubo was President of the Ijaw Youth Council around 2001. He later founded the Niger Delta People’s Volunteer Force which metamorphosed into one of the most prominent armed militia groups operating within the Niger Delta region. Like Gume, he is a Muslim. The difference is perhaps that Dokubo enjoys the confidence and trust of his fellow Ijaw people particularly and the Igbo generally given his populist views and stern position against inactive and non-performing governments which has also made him a hero among his cult-like followers.

Point blank he asked Gume and those who shared his school of thought: how many shops do the Hausa and Yoruba people own in Cameroon, in Ghana, in Togo, in South Africa, in Malawi, in Sierra-Leone, in Liberia, in Gabon, in the UK, in the United States of America, in Japan, in Singapore, in Malaysia, in Hong-Kong, in Thailand, in Indonesia, in Germany, in China, in Taiwan, in South Korea, in India and countless other countries all over the world?

All these countries, Dokubo pointed out, were not Igbo territories at the end of the day. Did they also deny the Hausa and Yoruba shops in these countries where the Igbo flourish in their businesses and shops?

“This is exactly how lazy people complain when they fail in business”, Dokubo explained. “If you can’t compete in your own territory, how are you going to do that on a neutral ground?” he queried.
The truth is that every Igbo city has a place exclusively mapped out for Hausa communities. Here they live as in a commune. They live free of charge even if temporarily as they prefer to travel from place to place, a truth they will not tell anyone easily.

Another truth Dokubo pointed out was that the Hausa had their own pattern of business. They sold petty articles like watches and bangles, batteries and touches, cigarettes and matches and so on mainly from make-shift kiosks perched precariously on portions of the street freely offered to them by the state government.
Another business they do very well in the East is money exchange. And as for cattle breeding, they are in every Igbo city on a freely offered land. Owerri, Umuahia, Enugu, Awka, Nnewi and Aba are evidence that as long as the cattle rearers are law abiding, no one will make trouble with them. And this truth will hit you in the face straight away.

Dokubo made it clear to Nigerians that the Igbo don’t usually wait for free parcels of land to be allocated to them. They would rather buy them from indigenes who always had them free through inheritance or by allocation but didn’t know what to do with them. He said: Only a “quota system worthless person” would wait for allocation before he starts a business.

A visibly enraged Dokubo asks again: “How many shops do the Hausa have in Lagos and other south west states? Do the Yoruba deny them shops as well? Can anyone compare the number of shops and markets owned by the Hausa in Yoruba land to the number owned by the Igbo?
The Igbo, Dokubo emphasized, would rent shops from the landlords. The Igbo would buy lands from their hosts to build shops. The Igbo would buy land from their host to build markets. The Igbo don’t wait for shop or land allocation by government to start up their businesses.

“How many markets have the Hausa built in Lagos? None! And how many markets have the Yoruba built in the north? None! And could it also be said that the Hausa and the Yoruba deny selling land to one another too, like the Igbo denied them? On the contrary, the Igbo have used their money to buy lands from south west and north and built many markets that help to develop their regions. To be honest, not every Igbo trader in south west or north can compete with the traders in the east. The traders in the east are real geniuses in trading. They are wizards in buying and selling more than those Igbo traders in the west and north. You have to first compete with the Igbo traders in your own territory before you think of competing with them in their own territory. Business is based on competition. The question is: can you compete? There are shops in Onitsha main market but can you afford to rent any of them? Even when you do, what do you intend to sell to regain your profit? The Igbo man will sacrifice to be single till the age of 40 to balance his business achievements before marriage. Is he the one you want to compete with? The Igbo man will wear worn-out clothes, with bathroom slippers, to save money for his business. Is he the one you want to compete with? Or is it the one that maintains just one wife that you choose to compete with? The ones that are married, how many children do they agree to have? All these are the sacrifices the Igbo is willing and able to make in order to save more for his business,” Dokubo explained.

He said nobody was competing with the Fulani in their cow business or did anyone think they weren’t making money in that business? “Please leave the Igbo alone, business is their God-given talent”, he pleaded with Ahmed Gume.

Naira faces tough time as foreign reserves fall to $39.2b