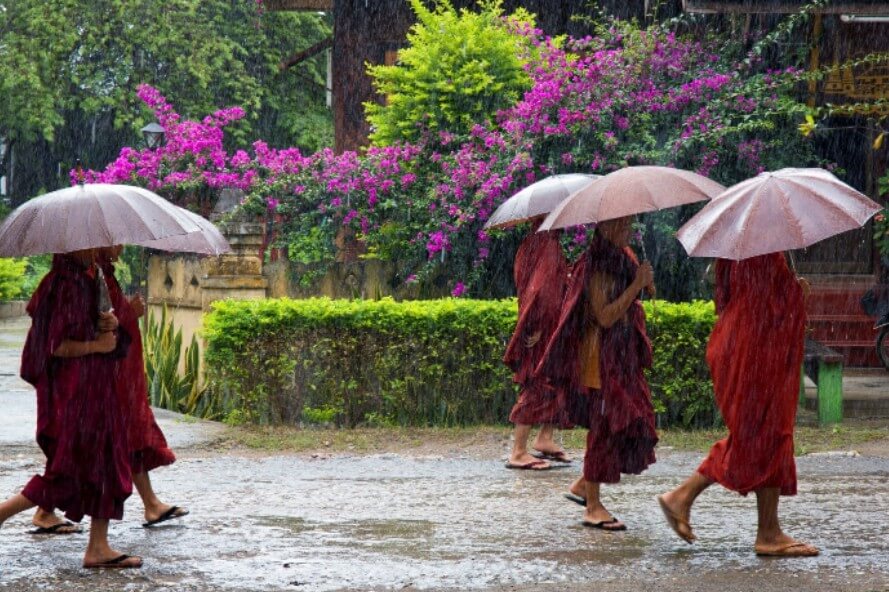 The rainy season may have its charms – lots of fun, greenery and cool climate –  but it also has its dangers, primarily in the form of diseases like infectious bacteria and viruses that become active due to the high humidity caused by repeated spells of rain.

Dealing with such illnesses associated with rainy season is not very difficult. We should be aware of certain quick remedies if we must cope with such illnesses that prevail during rainy season. Parents of small children need to be extra-careful during rainy season to prevent them from falling sick as most of them are vulnerable during this time. People should be aware of the problems so that they can take necessary precautions during the season.

According to the World Health Organization, vector-borne diseases account for more than 17% of all infectious diseases, causing more than 700,000 deaths annually. They can be caused by parasites, bacteria or viruses. So, we must not overlook the most common illnesses related to water and food-borne diseases that mostly attack during the rainy season.

During the rains, the risk of getting these diseases is extremely high owing to unhygienic conditions and not adhering to basic preventive measures.  Many of these diseases remain undiagnosed until they progress to undesirable complications. This is why early diagnosis and treatment of diseases during the rainy season is important and could make the difference between life and death.

But of course, precaution has always been a better option than cure. If we take proper precautions, being attacked by diseases can be controlled.

So, here are some tips about common diseases which are prevalent during the rainy season that we should all be aware of.

First is the knowledge that water-borne diseases increase during the rainy season. The main cause of this is exposure to dirty water. Poor sanitation and the lack of a proper drainage system allow disease causing microbes to thrive, leaving people with poor immune systems more susceptible to infection.

Another source of danger is food that is prepared unhygienically. Stomach infections and diarrhea are commonly prevalent during the rainy season. Practising good hygiene, including washing hands frequently, is one of the best ways to protect against Hepatitis A, another disease caused by contaminated food.

Mosquito-borne diseases such as malaria and dengue are also prone to rise during the rainy season due to the collection of stagnant water that makes it easier for mosquitoes to breed. So, we must always look around our yards or locality to check for stagnant water which must be disposed of immediately.

Viral infections with symptoms of fever are also common illnesses often prevalent during the rainy season. One of the reasons it is so easy to catch a viral infection is the increase in humidity which makes it easier for sick people to transfer the virus to healthy people.

Cold and flu are the most common illnesses that are prevalent during the rainy season and this is usually due to fluctuation in the temperature. If you are a student, a working citizen or a mom, you need to protect yourself from these illnesses and prevent from getting sick.

When rain starts pouring in, you first look for a shelter and try to save yourself from getting drenched. However, a shelter can save you from getting wet in rain but it will not protect you from catching any kind of infection. This is especially when your immune system is very low.

Generally speaking, the common illnesses that may occur during the rainy season include: dengue, cold, flu, food and water infection and cholera.

One of the illnesses is Leptospirosos, a blood infection that is caused by the bacteria, Leptospira, and which affects both humans and animals. This causes high fever, headache and pain in joints. It requires a laboratory test or imaging and is treatable by a medical professional. It can last several days or weeks and is usually preventable by vaccine. It is transmitted through direct or blood contact and may be dangerous or life threatening. Its severe form can damage the kidney or the liver or trigger meningitis and respiratory failure.

The most effective thing that you can do is to keep your rain gear always ready when you go out in rainy season. A raincoat with hooded jacket and waterproof shoes are the best items.

You should also increase your intake of Vitamin C either in its natural form or as food supplement. It will help you drive away the cold virus faster. It is still a matter of debate among doctors whether Vitamin C is cure for cold. However, a healthy supply of this vitamin will activate your antibodies and reduce the severity of cold, undoubtedly.

Although it sounds very unusual because if you are drenched in rain, you will never want to take another shower. But taking a shower after you have been caught in rain will protect you from many infections. After you come back home caught in a rain, take a shower, dry yourself and wear dry and clean clothes. The best thing is to make a hot soup for yourself or at least drink a cup of hot milk. This will help you not to catch cold and save you from catching any kind of infection that can occur due to sudden change in the temperature of the body.

Cleanliness is very important during rainy season. Even if you catch a cold, you should clean your hands regularly and use a sanitizer always after that. Also, water intake may reduce naturally because of the sudden drop in the temperature of the environment. It is good to drink plenty of water and do not wait to get thirsty to drink water. This will help you drain toxins from your body.