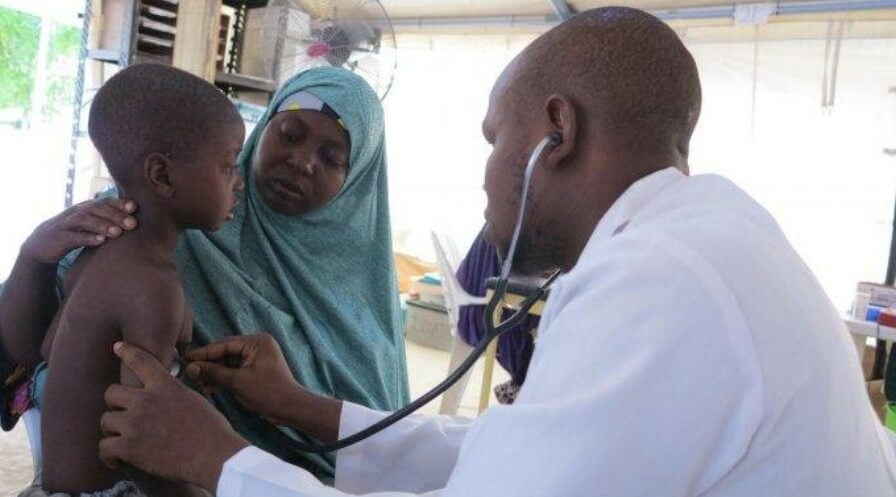 The Federal House of Representatives has ratified for second reading a bill that will ensure free healthcare for all Nigerian children from ages of 0 to 18 years in all government-owned hospitals. The general principle of the bill was recently debated by members of the House and passed despite opposition from some members. The bill was sponsored by Bello Kaoje (APC, Kebbi) and read for the first time on Thursday, 8 July 2021.

If passed, government hospitals will be mandated to provide free medical services for children including diagnoses, treatment, prevention of illness and other physical and mental illnesses in children.

Clause Four of the bill provides that if and when the bill is passed, the Ministry of Health will evolve definite procedures and guidelines, as well as implement and monitor the provisions in the bill.

In his lead debate, Mr. Kaoje said the free services “shall cover referral cases of children from states and local government hospitals and any other private hospital in Nigeria.”

Contributing to the debate, the Minority Leader, Ndudi Elumelu (PDP, Delta) said the National Primary Health Care Development Agency is already saddled with the responsibility and that the bill only sought to duplicate functions. He explained that the parliament allocates funds to the agency annually to do that same function.

Countering the position of Mr. Elumelu, the Speaker of the House, Femi Gbajabiamila said those speaking against the bill should provide evidence that there is a provision in the 2022 money bill for free healthcare for children. “What I will like to see is a line item in the budget that provides free delivery of health services to children,” he said, adding that the bill is in line with section 17 of the 1999 Constitution.

Also speaking on the bill, the Deputy Minority Leader, Toby Okechukwu (PDP, Enugu) said the matter was an issue of separation of responsibility between the three tiers of government. “I would like to get enlightened on the federal government being responsible for primary healthcare that is also being done by the local government or the state so that when we are talking about restructuring, we should put that into consideration,” he said.

Solomon Muren (PDP, Plateau) argued that making laws that the executive cannot implement is akin to “ridiculing the parliament”. He noted that the issues surrounding funding must be sorted out first. “The bill is very important, but as members of parliament, we have a duty to make laws that are implementable by the executive arm. Mr. Speaker, yes it may be in the National Primary Healthcare Act as a clause, to provide free healthcare. The mover of this bill should be able to bring forth – what is the statistics of children in this country? “We make the budget and we also make the law. If we do not have sufficient provision in our budget that will support what we are trying to do, we will be helping to put up laws that are not implementable in this country. I think this bill should be stepped down.”

Speaking in support of the bill, Gudaje Kazaure (APC, Jigawa) said the bill is vital to the nation by guaranteeing free healthcare for children in Nigeria. Following a voice vote on the bill, it was passed and referred to the House Committee on Healthcare for further legislative action.