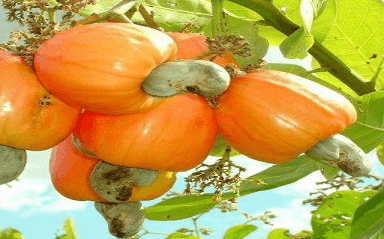 Hypertension and diabetes are of serious public health concerns in both developed and developing countries. Synthetic drugs used for managing these diseases are expensive. They also have their side effects due to long term usage. In some people, treatment is usually inadequate or not yielding the desired positive result. More so, diabetes is a risk factor for hypertension and vice versa, hence it is necessary to look for a multi-potent treatment regiment from cheaper, safer, efficacious and accessible natural sources that can help to manage both diseases.

It was earlier believed that all nuts were bad as they contain quite a lot of calories and people thought taking nuts would result in increased weight and high cholesterol. However, during the last decade, the nutritional value of nuts like walnuts and their health benefits have been proven by many studies.

The randomized controlled trial on the health effects of cashew nuts in the Journal of Nutrition was among adults with type 2 diabetes involving 300 adults with diabetes in Chennai that were randomly assigned to receive advice to follow a standard diabetic diet (control) or similar advice plus 30g cashew nuts/d (intervention). At the end of 12 weeks, the researchers’ analyzed various parameters, such as their blood pressure, cholesterol level, etc. In addition to their medication, the participants were asked to follow a standard diabetic diet of 1,400 calories, with 60 to 65% of energy coming from carbohydrates, 15 to 25% from fat, and the rest from protein.

The results of the study showed that their blood pressure – usually high among those with diabetes – had dropped by 5mm, whereas their high-density lipoprotein (HDL) level or ‘the good cholesterol’ had also increased by 2 milligrams. The researchers, however, pointed out that the study was done using raw cashew nuts, adding that the beneficial effects of cashew may be mitigated, if the cashew nut is salted or roasted in unhealthy oils or ghee.

Although commonly referred to as tree nuts, and nutritionally comparable to them, cashews are really seeds.  The nuts contain high levels of magnesium and potassium – which are essential elements in the human body. A handful of cashew nuts – or 100g – contain 292mg of magnesium. Magnesium helps keep heart rhythm steady; it is vital for healthy bones and teeth, muscle function, the nervous system and keeps bowels healthy.  It can also control blood sugar to combat insulin resistance which can lead to type 2 diabetes.

But experts have since revealed there is a link between the proteins (albumin and globulin) content of cashew nut to its blood sugar lowering effect and the increased HDL in people who eat the nuts in a dose –dependent fashion. The researchers said in the March edition of Heliyon that cashew nut is laden with useful plant proteins that may be further explored for regulation of blood pressure and sugar in the hypertensive and diabetic.

However, moderation is the key as an intake of more than a handful of cashew can spike one’s calorie intake which may elevate the risk of allergy and oxalates. Excess of oxalates may cause kidney stones. Moreover, some nuts are better than others for people with diabetes. For example, several studies link eating tree nuts, which include almonds, with improved blood sugar control in people with type 2 diabetes.

In a 2011 study involving 20 people with type 2 diabetes, the participants who ate 60 grams of almonds daily experienced lower levels of fasting insulin and fasting blood sugar than those who ate a controlled diet. Almonds may also be beneficial for pre-diabetes, a condition in which a person’s blood sugar levels are abnormally high but not high enough for a diabetes diagnosis. According to the American Diabetes Association, people with pre-diabetes have a higher chance of developing type 2 diabetes and cardiovascular disease.

The results of a 2010 study indicate that an almond-enriched diet, in which almonds contribute 20 percent of the total calories, may improve insulin sensitivity and cholesterol levels in people with pre-diabetes.

It is important to choose unsalted almonds and avoid those that have a coating of sugar, honey or chocolate. Salt can increase blood pressure and heart problems, while sugar is a carbohydrate and not a good choice for people with diabetes.