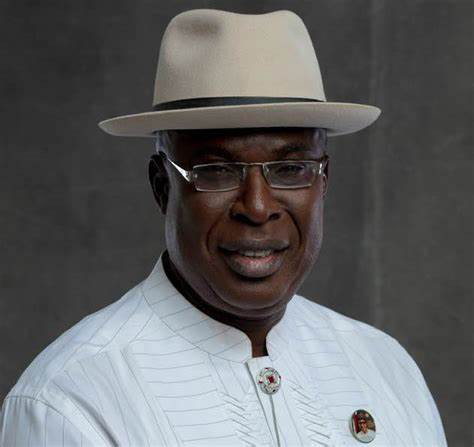 Chief Timipre Sylva, Minister of State for Petroleum Resources has confirmed that the Petroleum Industry Bill (PIB) would be presented to the National Assembly in the next few weeks. He said the executive arm of government would be requesting the lawmakers to specially reconvene to receive and begin deliberations on the bill. The bill, he said, is the key to repositioning Nigeria’s Oil and Gas Industry under its post COVID-19 agenda.

But for many Nigerians who are anxious to know what is going on, these assertions are meaningless. No one has come forward to explain to them what the proposed law is all about. How would the passage of the bill affect the life of the ordinary Nigerian citizen who walks the streets? Is the bill going to put more money in his pocket or is it going to drain the little he has been managing?

The minister only said that he could not give a specific timeline on the passage of the PIB because it involved the National Assembly. He said he could only give his own timeline and what his ministry had been doing. “For us, I will tell you that we have finished our job”.

The drafting process had been concluded and his ministry had also discussed with the relevant stakeholders in the industry. The Ministry of Justice had equally looked at the draft to ensure that there were no issues, and that had been concluded. In the coming few days, the minister said his ministry would be requesting the National Assembly to specially reconvene to look at the PIB, which could as well take some weeks before its passage.

The minister spoke recently during a webinar organized by the Nigerian Association of Petroleum Explorationists (NAPE) with the theme: “Fiscal Regime Design, Government Revenues and Investors’ Interest in Nigeria Oil and Gas Sector.” The minister expressed optimism that the bill would be expeditiously dealt with by the lawmakers, given that it had taken the country years to get it to the stage it was at the moment. He said government needed maximum fiscal environment to deal with the COVID-19 crisis. For that reason, his ministry was proposing grand fathering in the new PIB. This, he believed would preserve the current government take and guarantee investors’ returns.

According to Chief Sylva, it also guaranteed that investors could continue with the existing operations while earning favourable returns. The proposed PIB framework would be based on core principles of clarity, dynamism, neutrality, open access and fiscal rules of general application. At the same time, investments in new acreages would be encouraged with attractive competitive terms in order to achieve economic growth. Investors in existing assets would be able to sign conversion contracts to obtain better terms for existing production, and to be able to explore and produce part of the existing blocks under the new block terms.

The minister said that investors that also want to continue operating under the current fiscal terms could choose to do so, adding that the host communities would be adequately covered to foster sustainable prosperity within the communities and provide direct social and economic benefits from petroleum operations to the host communities. He maintained that a diversification plan to non-oil economy had become a national imperative due to the impact of the COVID-19 pandemic on the oil and gas industry and other sectors of the economy. The PIB would provide a framework for increased petroleum industry activities in terms of developing gas for the domestic market and increasing oil production under competitive terms and support the goal of a stronger non-oil economy for the benefit of all Nigerians.

So far, no one has come out to explain how this bill would likely affect the businesses of the ordinary Nigerian on the streets. Will the bill increase or decrease the cost of petroleum and kerosene? How would it affect transportation? What does the ordinary Nigerian stand to gain by the passage of the bill into law? Someone should be able to explain all these to anxious Nigerians who are eager to know how public funds are dispensed with under the watch of the current APC government.