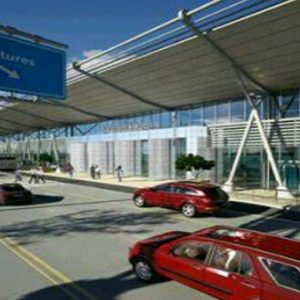 On 24 August 2019, the Federal Airport Authority of Nigeria, FAAN, announced the closure of Enugu International Airport for the reconstruction of its runway. The Minister of Aviation, Senator Hadi Sirika promised Nigerians that repair works on the airport would be completed by December. But just over one month since the airport was closed by the federal government for the proposed repairs, the rehabilitation of the runway at the airport is yet to start. Enugu airport is the only international airport in the Southeast region.

In what appears to be a new development, FAAN General Manager, Corporate Affairs, Mrs. Henrietta Yakubu, confirmed that the rehabilitation of the runway had yet to start. Yakubu said the airport was closed due to safety concerns regarding its operations. “Work has yet to begin on the runway” she said, “but it will start soon, the moment the processes are concluded.”

In September 2018, Akanu Ibiam International Airport was reported as underutilized, closing by 6 pm daily mainly due to the absence of airfield lighting and approach light. The report was made public when a team of the Nigerian Civil Aviation Authority (NCAA) and the Federal Airports Authority of Nigeria (FAAN) officials inspected the airport. They also disclosed that the circumstance had undermined the capacity of the airport to generate revenue for the federal government unlike other major airports in Lagos, Abuja, Kano, and Port Harcourt. Therefore, it became necessary to effect repairs on its runway to enable a boost in its daily activities. But more than one month after the closure, nothing seems to be happening. And so, the people of the Southeast have requested their governors to ensure that work on the airport starts immediately.