Malaria is a life-threatening disease that spreads when an infected mosquito bites a person. The mosquito transfers parasites into that person’s bloodstream. Symptoms of malaria include fever and shaking chills. Malaria is common in tropical countries such as in African and Asian countries. Malaria is treatable if it is caught early.

As we said earlier, malaria is a serious disease that spreads when an infected mosquito bites a human. Tiny parasites can infect mosquitoes. When it bites, the mosquito injects malaria parasites into the person’s bloodstream. If it isn’t treated immediately, malaria can cause severe health problems such as seizures, brain damage, troublesome breathing, organ failure and death.

How common is malaria?

Malaria is common in tropical areas where it’s hot and humid. In countries like the United States, about 2,000 people suffer from malaria every year. Worldwide, more than 220 million people are infected with the disease annually. The majority of these cases occur in Africa and South Asia. Around 450,000 people die from the disease every year.

Where does malaria usually occur?

Malaria occurs all over the world, but it is common in developing countries and areas with warm temperatures and high humidity, including:

More than 90% of malaria deaths occur in Africa, and nearly all of the people who die are young children. Malaria is rare in the United States. But people who are infected and travel to the U.S. can spread the disease if a mosquito bites them and then bites someone else. 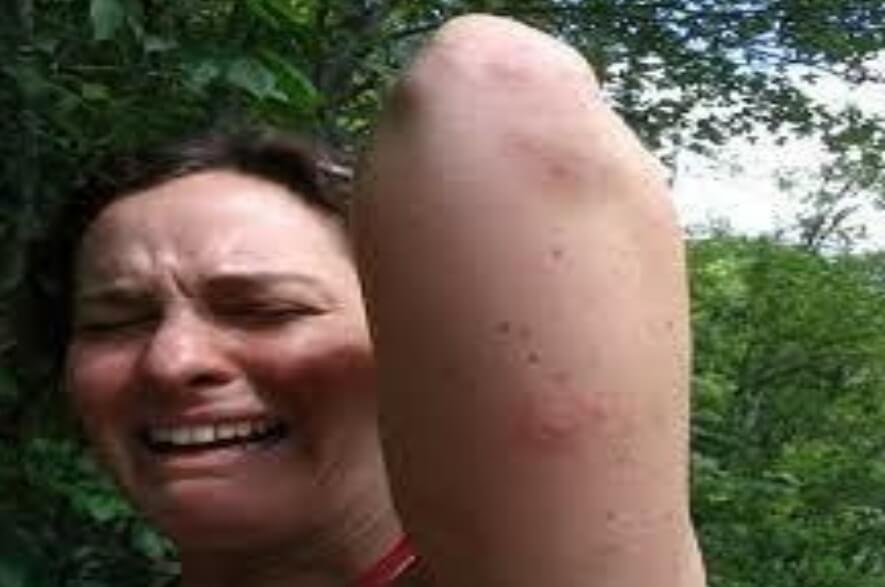 Anyone can get malaria, but people who live in Africa have a higher risk of infection than others. Young children, older people and pregnant women have an increased risk of dying from malaria. People who live in poverty and don’t have access to healthcare are more likely to have complications from the disease.

People get malaria when an infected mosquito bites them. A mosquito becomes infected by biting someone who has malaria. The infected mosquito transfers a parasite into a person’s bloodstream, where the parasites multiply. Five types of malaria parasites can infect humans. In rare cases, pregnant women with malaria can transfer the disease to their children before or during birth. Very rarely, malaria can transfer through blood transfusions, organ donations and hypodermic needles.

What are the symptoms of malaria?

Malaria symptoms usually appear 10 days to one month after the person was infected. Symptoms can be mild. Some people don’t feel sick for up to a year after the mosquito bite. Parasites can live in the body for several years without causing symptoms.

Signs of malaria are similar to flu symptoms. They include:

As malaria progresses, it can cause anemia and jaundice (yellowing of the skin and whites of the eyes).

How is malaria diagnosed?

Your provider will examine you and ask about your symptoms and travel history. It’s important to share information about the countries you’ve visited recently so that your provider can clearly understand your risk.

To confirm a malaria diagnosis, your provider will take a sample of your blood and send it to a lab to check for malaria parasites. The blood test will indicate whether or not you have malaria and will also identify the type of parasite that’s causing your symptoms. This information helps your provider determine the right treatment.

How is malaria treated?

Treatment for malaria should start as soon as possible. To treat malaria, your provider will prescribe drugs to kill the malaria parasite. Some parasites are resistant to malaria drugs. The type of medication and length of treatment depend on which parasite is causing your symptoms.

What are the side effects of medications to treat malaria?

Can I prevent malaria?

If you live in an area malaria is common, talk to your provider about taking medications to prevent malaria. You will need to take the drugs before, during and after your stay.

You should also take precautions to avoid mosquito bites. To lower your chances of getting malaria, you should:

What is the outlook for people who have malaria?

If malaria isn’t treated properly, it can cause serious health problems and death. It’s essential to seek treatment the right away if you think you have malaria or have visited an area where it is common. Treatment is much more effective when it’s started early.  The right medication and correct dose can treat malaria and clear the infection from your body. If you’ve had malaria before, you can get it again if an infected mosquito bites you.

When should I see my healthcare provider about malaria?

If you’ve traveled to or live in a country where malaria is common and you have symptoms of malaria, see your provider immediately. Early diagnosis makes treatment more effective. It’s also important to seek treatment right away to stop malaria from spreading to others.

Christmas 2020: How to Protect Our Mental Health