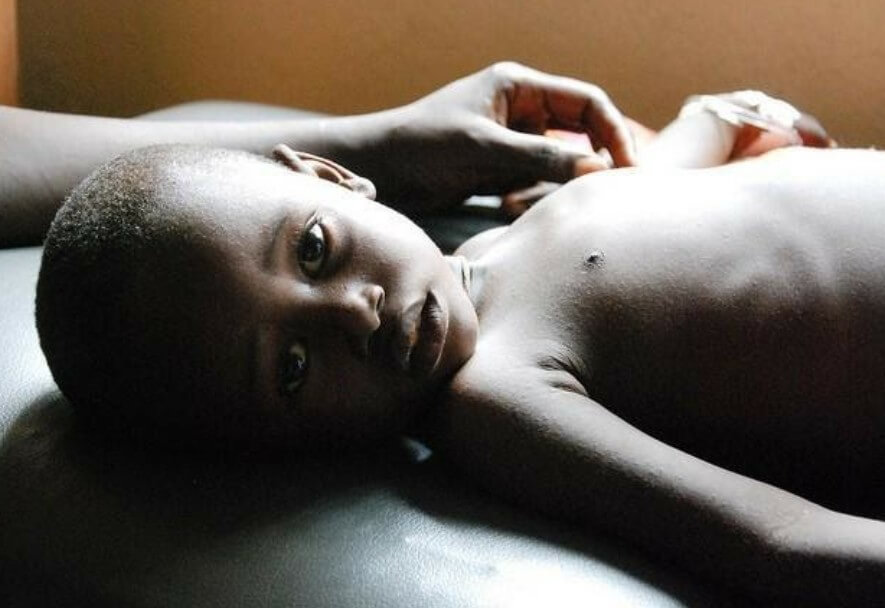 Diarrheal disease is the second leading cause of death in children under five years old. It is both preventable and treatable. A significant proportion of diarrheal disease can be prevented through safe drinking-water and adequate sanitation and hygiene.

Diarrhea is also a leading cause of malnutrition in children under five years old. Globally, there are nearly 1.7 billion cases of childhood diarrheal disease every year. But each year diarrhea kills around 525, 000 children under five.

Diarrhea can last several days, and can leave in the body without the water and salt that are necessary for survival. In the past, for most people, severe dehydration and fluid loss were the main causes of diarrhea deaths. Now, other causes such as septic bacterial infections are likely to account for an increasing proportion of all diarrhea-associated deaths. Children who are malnourished or have impaired immunity as well as people living with HIV are most at risk of life-threatening diarrhea. Diarrhea is defined as the passage of three or more loose or liquid stools per day (or more frequent passage than is normal for the individual). Frequent passing of formed stools is not diarrhea, neither is the passing of loose, “pasty” stool by breastfed babies.

Diarrhea is usually a symptom of an infection in the intestinal tract, which can be caused by a variety of bacterial, viral and parasitic organisms. Infection is spread through contaminated food or drinking-water, or from person-to-person as a result of poor hygiene.

Interventions to prevent diarrhea, including safe drinking-water, use of improved sanitation and hand washing with soap can reduce disease risk. Diarrhea should be treated with oral rehydration solution (ORS), a solution of clean water, sugar and salt. In addition, a 10-14 day supplemental treatment course of dispersible 20 mg zinc tablets shortens diarrhea duration and improves outcomes.

There are three clinical types of diarrhea:

Worldwide, 780 million individuals lack access to improved drinking-water and 2.5 billion lack improved sanitation. For that reason, diarrhea due to infection is widespread throughout developing countries.

In low-income countries, children under three years old experience on average three episodes of diarrhea every year. Each episode deprives the child of the nutrition necessary for growth. As a result, diarrhea is a major cause of malnutrition, and malnourished children are more likely to fall ill from diarrhea.

The most severe threat posed by diarrhea is dehydration. During a diarrheal episode, water and electrolytes (sodium, chloride, potassium and bicarbonate) are lost through liquid stools, vomit, sweat, urine and breathing. Dehydration occurs when these losses are not replaced.

The degree of dehydration is rated on a scale of three.

Diarrhea is a symptom of infections caused by a host of bacterial, viral and parasitic organisms, most of which are spread by faeces-contaminated water. Infection is more common when there is a shortage of adequate sanitation and hygiene and safe water for drinking, cooking and cleaning. Rotavirus and Escherichia coli are the two most common etiological agents of moderate-to-severe diarrhea in low-income countries. Other pathogens such as cryptosporidium and shigella species may also be important. Location-specific etiologic patterns also need to be considered.

Children who die from diarrhea often suffer from underlying malnutrition, which makes them more vulnerable to diarrhea. Each diarrheal episode, in turn, makes their malnutrition even worse. Diarrhea is a leading cause of malnutrition in children under five years old.

Water contaminated with human faeces, for example, from sewage, septic tanks and latrines, is of particular concern. Animal faeces also contain micro-organisms that can cause diarrhea.

Diarrheal disease can also spread from person-to-person, aggravated by poor personal hygiene. Food is another major cause of diarrhea when it is prepared or stored in unhygienic conditions. Unsafe domestic water storage and handling is also an important risk factor. Fish and seafood from polluted water may also contribute to the disease.

Key measures to prevent diarrhea include:

Key measures to treat diarrhea include the following: