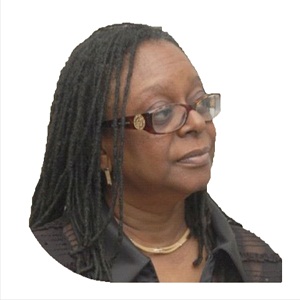 Nigeria has lost more than N700 billion in economic values in just 14 days of the #EndSARS protest according to the Lagos Chamber of Commerce and Industry (LCCI). The President of the Chamber, Mrs. Toki Mabogunje disclosed this in a statement that was widely circulated to the Nigerian press. Mrs. Mabogunje explained that the peaceful protest had started to witness various unintended outcomes, despite its positive and noble objectives. She emphasized that these unintended outcomes coming from the frustration of the youths have been at great cost to the economy and this continues to create bottlenecks and disruptions to businesses and the economy in general.

The ongoing protest by Nigerian youths against police brutality has entered the third week, and this development has adversely affected the economy of states across the country, as protesters continue to mount blockades and barricades around major cities and interstate highways.

There are speculations that there is a great risk the situation may degenerate into a complete breakdown of law and order, which is certainly not in consonance with the objectives of the peaceful protests.  Many well placed dignitaries, including Professor Patrick Lumumba of Kenya have urged President Muhammadu Buhari to grant audience to the leadership of the #EndSARS, deliberate on the way forward and agree on an action plan for the delivery of agreed outcomes.

Director-General, Lagos Chamber of Commerce and Industry, Dr Muda Yusuf, said the protest is crippling businesses and the economy, especially the Small and Medium Enterprises (SMEs). He explained that the SMEs live by daily income and the continued disruption of their businesses could lead to a huge loss of income and business growth. Dr Muda Yusuf emphasized that the earlier the government engaged the protesters, the better for the economy. He advised the President to dialogue with the protesters for a quick resolution.

However, an economist and financial expert, Mr. Okechukwu Unegbu, said whatever the economy loses will be temporary and could be regained if the expected reforms are instituted. Unegbu said the level of economic activity, especially production, has been nose-diving, and if the protests become successful and policy recommendations are implemented, foreign investors will flood Nigeria with their capital.