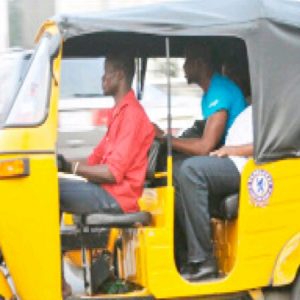 ORide is a component of a newly introduced App enabling users hail bike rides across the country. It started in Lagos as one of Opera’s investments in an attempt to run full-fledged digital communities across the country. Launched on Monday, 27 May 2019, ORide or Opay as some know it is barely 2 months old but has enjoyed a massive brand penetration rate despite current challenges from two vibrant, dominating and recently funded competitors. In line with these new developments, Commercial tricyclists in Enugu State are now operating online. And they have confirmed that their income has generally improved as a result of serving their passengers using online operations.

The operators made this new development public when its union officially launched the “Opay Online Transportation System” in Enugu recently. Union members confirmed that they made more money since they joined Opay. They said their take home pay had now moved up from about N5,000 to N10,000 daily. One of the operators confirmed that the online model was very good and secure. He said he now saw himself as a merchandiser and commented that the platform was highly secure.

Chairman of Tricycle Riders Association in the State, Mr. Benjamin Ikah, explained that the Opera payment transport system would get rid of the use of tricycles to commit crimes in Enugu state. He also disclosed that the state government had introduced security numbers for all tricycle operators in the state to checkmate criminality in the state transport sector.

The Permanent Secretary in the state Ministry of Transport, Mr. Ogbonna Idike, assured government’s happiness with the revelations of ‘keke’ drivers who testified that the online model had increased their earnings, noting that the scheme became successful because of government’s support for the programme. Idike said the scheme would not be transient since it had potentials of taking the subscribers to higher levels. “We have seen that it enhances security, empowers our people and has united the operators. It has improved Keke operators from ordinary riders to upward businessmen and the government will continue to support the idea,” Idike said.

He advised the riders to operate by the rules of road safety, such as parking to receive or make phone calls. Opay Business Director, Mr. Moses Awolowo, noted that with the scheme, it would be difficult for security agents to extort money from keke operators since they won’t be carrying money. He said they first train their operators, make them internet compliant and ensure that they don’t beat traffic lights or ride dangerously.