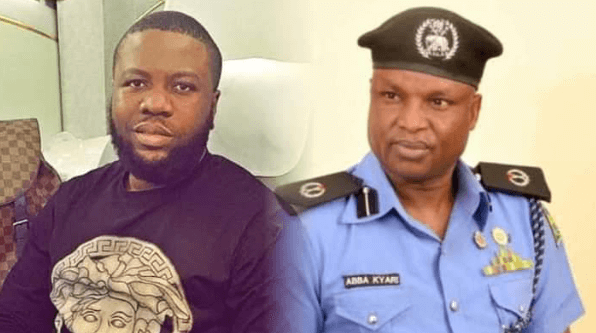 The Federal Government of Nigeria has approved the request by the United States of America to extradite the suspended Commander of the Police Intelligence Response Team, Deputy Commissioner of Police, Abba Kyari.

America requested that Kyari be extradited over an alleged $1.1million wire fraud involving Abass Ramon alias Hushpuppi and four others.

The US charges against Kyari read, “Count one: Conspiracy to commit wire fraud, in violation of Title 18, United States Code, Section 1349, carrying a maximum term of imprisonment of 20 years;

“Count three: Aggravated identity theft, and aiding and abetting that offence, in violation of Title 18, United States Code, Sections 1028A(a)(1) and 2(a), carrying a maximum term of imprisonment of two years.”

“If surrendered, (Kyari) will not be prejudiced at his trial and will not be punished, detained or restricted in his personal liberty, by reason of his race, nationality or political opinions,” part of the application read.

The Attorney-General of the Federation and Minister of Justice, Abubakar Malami (SAN), made Kyari’s situation public in an application filed before the Chief Judge of the Federal High Court in Abuja. In the application marked, FHC/ABJ/CS/249/2022, and filed under the Extradition Act, Malami said the application was necessitated by a request by the Diplomatic Representative of the U.S. Embassy in Abuja.

The FBI Special Agent, Andrew Innocenti, alleged that Hushpuppi contracted the services of Kyari after a “co-conspirator,” Chibuzo Vincent, allegedly threatened to expose the alleged $1.1m fraud committed against a Qatari businessman. Innocenti, who said he obtained voice calls and WhatsApp conversations between Kyari and Hushpuppi, had also alleged that the latter paid the police officer N8 million or $20,600 for the arrest and detention of Vincent.

The United States Attorney’s Office at the Central District of California had ordered the FBI to arrest Kyari almost a year ago. Kyari took to Face Book on 29 July 2021, to deny the allegations, but he later deleted the post after editing it about 12 times.

The Inspector-General of Police, Usman Baba, recommended the suspension of Kyari, and the Police Service Commission effected the recommendation on July 31, 2021. On 2 August 2021, the police boss constituted a Special Investigation Panel headed by the Deputy Inspector-General of Police in charge of the Force Criminal Investigations Department, Joseph Egbunike, to probe the allegations.

The findings of the probe panel were transmitted to the AGF office which is responsible for matters regarding extradition, repatriation and transfer of suspects or wanted persons.  On Thursday 2 March 2022, the AGF said the offence in respect of which Kyari’s extradition was requested “is not political nor is it trivial”.

In a similar development, Justice Inyang Ekwo of a Federal High Court in Abuja, turned down the bail application filed by the detained Deputy Commissioner of Police Abba Kyari.

Kyari is in the custody of the National Drug Law Enforcement Agency over an alleged involvement in illicit drug business.

Delivering judgment in the bail application, which was moved by his counsel, Cynthia Ikenna, the judge said the application had been overtaken by the order of the court given on February 22, which permitted the NDLEA to detain Kyari for another 14 days.

Justice Ekwo declined to grant the bail application. He said: “The only order I will make now is an order allowing the applicant access to any medical personnel of his choice. The court will wait for the expiration of the duration of the February 22 order of the court.”

Justice Ekwo adjourned till March 15, 2022, for the hearing of the fundamental human rights enforcement suit filed by Kyari.

Moving the bail application earlier, Kyari’s counsel had prayed the court to admit her client to bail pending the hearing and determination of the substantive suit he filed against the Federal Government. According to her, Kyari is hypertensive and diabetic and cannot be managed while in the custody of the NDLEA, adding that her client was being denied access to his personal doctor.

She also argued that the offences for which her client was charged were liable to bail and that he would not jump bail if granted by the court. Responding, counsel for the Federal Government and Director, Legal Services, NDLEA, Joseph Sunday, informed the court that Kyari would interfere with the ongoing money laundering investigation against him and therefore, should be denied bail. He said the NDLEA had adequate medical facilities that would take care of his ailments.

Kyari had on February 21 approached the court with an ex parte motion and originating summons seeking for bail and asking the court to enforce his fundamental human rights, which he alleged had been breached by his unlawful arrest and detention.

He urged the court, in the main suit, to make an order directing the NDLEA to pay him N500m for allegedly infringing on his rights and to direct the agency to tender a public apology to him in some national dailies.