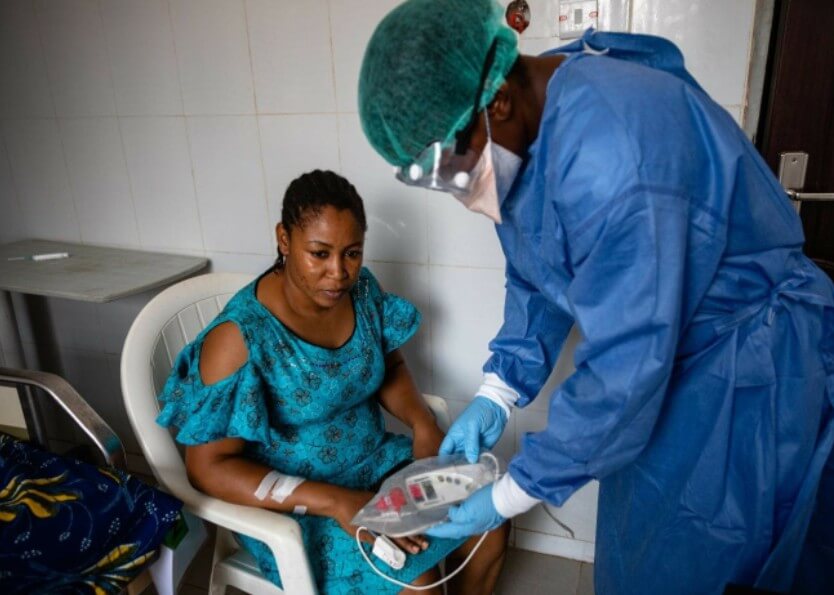 Health indicators in Nigeria are some of the worst in Africa. The country has one of the fastest growing populations globally. With 5.5 live births per woman and a population growth rate of 3.2 percent annually, it is estimated to reach 440 million people by 2050. With its rapidly growing population and development challenges, the country drags down the socioeconomic indicators for the entire African continent. To help address its high mortality rates, USAID supports increased access to quality family planning and reproductive health services, immunizations, polio eradication, malaria prevention and maternal health services.

The organization said: “We work with the Government of Nigeria to encourage greater budget expenditures for health.  In partnership with the Centers for Disease Control, and the U.S. Department of Defense Walter Reed Program, we assist Nigeria to build its capacity to manage HIV/AIDS and Tuberculosis cases by strengthening the primary health care system and focusing efforts on prevention, detection, and treatment. These activities take place throughout the country.

Nigeria has the second largest number of people living with HIV globally and accounts for nine percent of the global HIV burden. The U.S. Government, through the President’s Emergency Plan for AIDS Relief (PEPFAR), currently assists more than 600,000 Nigerians with life-saving HIV therapy, which is 90% of the people living with HIV/AIDS in country. Activities focus on expanding programs that prevent transmission to the most at risk populations, while also stopping the high rate of mother to child transmission.  More than one million children orphaned and made vulnerable by HIV receive care and support through these programs.

USAID supports quality tuberculosis treatment for adults and children by linking them to primary health care centers and resources, including laboratory test kits and anti-retroviral medications.  In 2015, they supported the diagnosis and notification of nearly 40,000 people infected with TB and they were poised to double that rate by the end of 2017.  In 2016, in collaboration with Nigeria’s National Tuberculosis Program they rolled out a new drug regime for Multi-Drug Resistant Tuberculosis that would significantly reduce treatment times.

Nigeria still has the highest burden of malaria globally which remains the top cause of child illness and death. USAID supports efforts to decrease the number of malaria-related deaths in pregnant women and children each year by increasing access to and availability of treatment, insecticide-treated bed nets, and re-treatment kits. Between 2010 and 2015, malaria interventions through the U.S. President’s Malaria Initiative (PMI) resulted in a 36 percent reduction in malaria parasites found in the blood of children under age five, per the Malaria Indicator Survey. PMI/Nigeria has scaled up malaria control interventions and since 2014 has distributed 22 million mosquito bed nets, 14 million malaria rapid diagnostic test kits, over 48 million treatments courses for malaria, and eight million doses of medication to prevent malaria in pregnancy.

The USAID Reproductive Maternal and Child Health program reaches more than 60 million Nigerians with lifesaving services – including training public health workers and improving access to quality medicines, vaccines, medical facilities, and reproductive health materials. Their activities improve governance and leadership at all levels of the health sector and support the development of a robust, equitable and efficient health financing systems. Per the 2013 Nigeria National Demographic and Health Survey, there was an 18 percent reduction in under-five mortality rate nationally and the number of fully immunized children increased by 22% between 2008 and 2013. More than 1.8 million unintended pregnancies were averted in the past three years due in part to their family planning efforts, in partnership with the Government of Nigeria.

Bill on free healthcare for Nigerian children on course