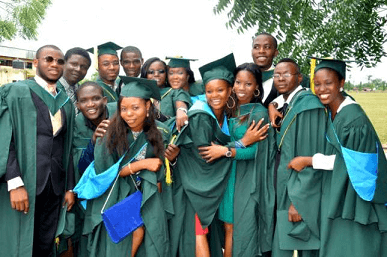 Chronic unemployment of university graduates in Sub-Saharan Africa is driving universities and other tertiary institutions in the region into forming partnerships with some European countries to train middle-level migrant workers to fill skills shortages that exist in those foreign labour markets, as one way of reducing the number of jobless young graduates in most African countries.

Of concern is that many educated and skilled young African people cannot find meaningful work in their countries, either because their skills are not aligned to the needs of employers or because there is an absolute lack of jobs, ostensibly creating pressure for illegal migration towards Europe.

According to a report from the Mo Ibrahim Foundation titled “Africa’s Youth: jobs or migration”, the working-age population in Sub-Saharan Africa is booming and currently there are about 16 million young Africans who are facing unemployment and who are ripe for migration.

To discourage irregular migration that leads young people to taking dangerous journeys through the Sahara Desert and the Mediterranean Sea, Nigeria has taken the first steps towards designing migration pathways with select countries in Europe, notably France, Germany, Italy and the United Kingdom.

In a road less travelled, selected universities and some tertiary institutions in Nigeria will be allocated public resources to train a large number of skilled professionals for overseas jobs. According to a joint report by the World Bank and Centre for Global Development, Expanding Legal Migration Pathways from Nigeria to Europe: From brain drain to brain gain, published in July, the suggested global skills partnership model will prioritize graduate middle-level skills in health care, construction management and information and communication technologies.

The European Commission has found that most of the shortages occur in six fields, namely: health care, construction, engineering, mechanics, ICT and hospitality, stated the report.

In their analysis, the authors of the report, Samik Adhikari, an economist at the World Bank, Nkechi Linda Ekeator, a labour migration consultant at the World Bank and their associates from the Centre for Global Development, including Michael Clemens, a senior research fellow and Helen Dempster, a senior associate for policy outreach, migration, displacement and humanitarian policy, stated that although Nigeria is Africa’s largest economy, most of its young graduates from the universities and technical institutes had been struggling to get well-paying jobs. According to the World Bank, the number of international migrants from Nigeria has increased from about 450,000 in 1990 to 1.4 million in 2019, as a result of steep unemployment rates.

But, whereas the global skills partnership between Nigeria and European countries has been described by Ylva Johansson, the European Union commissioner for home affairs, as the future of migration between Africa and Europe, there are fears that the model might fuel brain drain in Nigeria and other African countries that might be ready to export professional skilled labour.

The issue is that, while the partnership is targeting Nigerian tertiary institutions to use public resources to train nurses and other health care personnel for European countries, Nigeria’s ratio of one nurse for every 1,135 in the population and one midwife for every 1,697 in the population is among the lowest in the world, which is similar to that of most countries in Sub-Saharan Africa. The World Health Organization recommends 25 nurses for every 10,000 persons in the population.

Although Nigeria has steadily increased health care training in tertiary institutions since 2015, more than 600,000 nurses are needed in Nigeria between 2016 and 2030. “As of 2018, the country had fewer than 200,000 nurses, which means a shortage of over 400,000 nurses,” said Adhikari. In this context, Nigeria is not alone as the process of recruiting 30,000 nurses to the United Kingdom is currently ongoing in Kenya, where the ratio stands at one nurse for every 1,200 inhabitants.

But a combination of rising unemployment, booming demographics and unfulfilled aspirations of young university graduates appears to be overpowering critics of migration and fears of high social cost as a result of brain drain in many countries in Sub-Saharan Africa. Data from Afro Barometer, the Accra-based pan-African research network that measures public attitudes on economic, political and social matters in Africa, show that the desire to migrate among university graduates in Nigeria stands at 45% as compared to 39% among secondary education graduates.

In this regard, the debate regarding migration pathways that are being developed between Sub-Saharan Africa and Europe will continue to be highly heated and contested now and in the future. On one side of the divide is the concern that, at the height of migration, African countries will lose some of their best and brightest persons to Europe while, on the opposing side, there lies the issue as to whether it is sensible to disrupt or prevent skilled migration when educated youth on the continent are struggling to find stable employment in domestic labour markets. Even then, the lingering question still remains as to what public universities and other tertiary institutions in African countries are for and what they should do to improve national economies and the well-being of persons living within Africa’s borders.