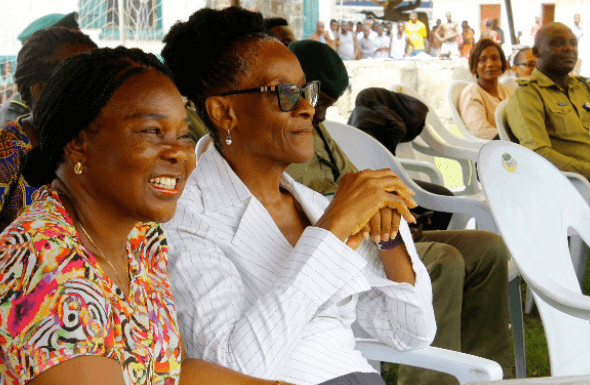 As part of efforts to boost learning and reading culture, an online library has recently been unveiled in Lagos. The co-founder of Zaccheus Onumba Dibiaezue Memorial Libraries (ZODML), Mrs. Ifeoma Esiri, while unveiling the free online library at a press conference in Lagos, said the initiative would aid self-learning among students. Esiri said the website had over 300,000 online resources, while the physical community library had 2,455,498 resources.

She explained that the work was inspired by the life and legacy of her father, who through self-learning and access to libraries was able to transform his life and those of others.  She said the initiative was aimed at promoting reading as well as the acquisition of literacy and technological skills, especially among youths.

“At ZODML, we seek to accomplish the long-term impact of a Nigerian population that has achieved academic excellence and built a culture that recognizes the importance of self-learning and the ability to build, support and enable communities. This was why we decided to deepen our commitment by providing free access to digital resources through the online library.

The success of the soft launch of zodml.org in November last year, reaffirmed our belief that our platform is needed, and we will continue to build on what we have,” Esiri said. She said the group is poised to provide free access to digital resources, information and learning tools through which young Nigerians, particularly those attending public universities, can acquire knowledge and thrive in their studies and future careers.

According to Mrs. Esiri, ZODML currently has a community library, 34 school libraries and 19 libraries in correctional centres across Nigeria.

A beneficiary of ZODML’s library, Janet Abakpa, who is a law student at the University of Ibadan (UI), while sharing her experience with reporters, said she discovered ZODML as a pupil in Ireti Nursery and Primary School, Ikoyi and received a library card after attending one of its programmes. “Over the years, I have read almost all the books in the children’s section and I’ve greatly benefitted from them. I’ve gained so much and grown so much intellectually, I’ve joined the online library and I am excited about the possibilities it offers for students who, like me, are eager to learn,” Abakpa said.

In a related development, the federal government on Wednesday 3 March 2022 in Abuja expressed the hope that the one-month warning strike embarked upon by the Academic Staff Union of Universities (ASUU) on February 14, would soon be over. ASUU called its members out on the warning strike to compel the federal government to address their demands, some of which had been lingering since 2009.

Minister of Labour and Employment, Sen. Chris Ngige, expressed the hope of truncation of the warning strike when he spoke with newsmen at the end of a conciliation meeting between the government and the union. Ngige said the meeting agreed on many issues and a timeline was scheduled for the implementation of the agreements.

According to him, ASUU officials agreed to return to their members with offers made by the government and revert to him before the week runs out. He noted that many of the items in the 2020 Memorandum of Action (MOA) had been dealt with exhaustively, while some were being addressed. “We have only one or two areas that are new. One of the new areas is the renegotiation of the Conditions of Service, which is called the `2009 Agreement’. An agreement was reached in 2009 that their Conditions of Service would be reviewed every five years. It was done in 2014.

“We started one in which the former UNILAG Pro-Chancellor, Wale Babalakin (SAN), was chairing the committee. After Babalakin, Prof. Manzali was in charge and the committee came up with a draft document, proposed by the Federal Ministry of Education and ASUU. Today, Manzali’s committee has become defunct because many of the people in the committee are no longer pro-chancellors,” the minister explained.

Ngige said that a new team had been constituted to take a second look at that document. This is to make sure that some of the allowances are not against the National Salaries, Incomes and Wages Commission (NSIWC) fixed rates for wages and allowances.

“If you propose allowances that do not comply with NSIWC rates, the government will not be able to accept it. So, it is important that they do the right thing from the beginning so that whatever the committee presents can be approved by the Federal Executive Council,’’ he said.