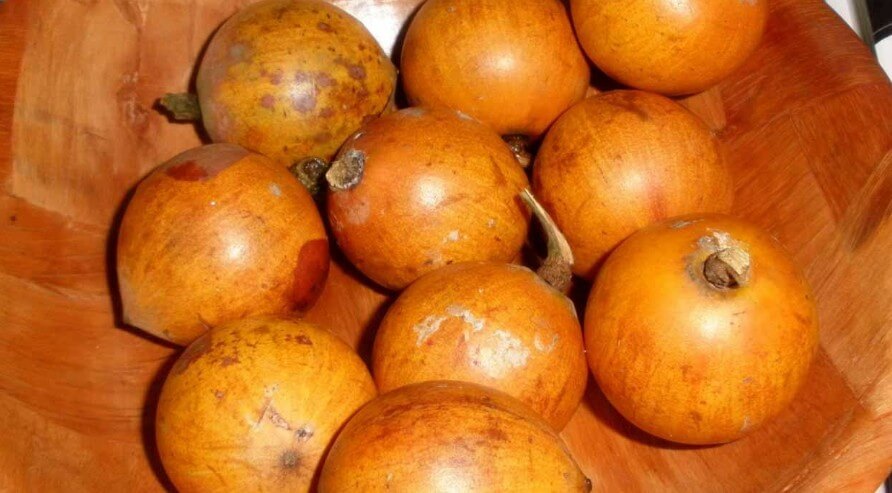 Scientists have for the first time demonstrated how African star apple fruit-supplemented diet can enhance cognitive functions and how it can attenuate lipopolysaccharide-induced memory impairment, oxidative stress, release pro-inflammatory cytokines and prevent malaria in pregnancy. Lipopolysaccharide is a large molecule consisting of lipids and sugars joined by chemical bonds.

According to the researchers in the study published in the journal Nutrire, fruit-based supplement has an important role in protecting the brain against oxido-inflammatory stress. African star apple fruit (Chrysophyllum albidum) contains several phytonutrients that possess antioxidants and anti-inflammatory properties. Consequently, the study investigated the effect of C. albidum fruit-supplemented diet (CAFD) on cognitive functions, lipopolysaccharide-induced memory impairment and oxido-inflammatory response in mice.

African star apple, also known botanically as Chrysophyllum albidum, belongs to the Sapotaceae family. It is primarily a forest tree species with its natural occurrences in diverse ecozones in Nigeria, Uganda and Niger Republic. In Western Nigeria, it is known as “agbalumo” and “udara” in Eastern Nigeria. The fruit is seasonal and has immense economic potential, especially following the report that jams obtained from the fruit-pulp could compete with raspberry jams and jellies, while the oil from the seed has been used for diverse medicinal purposes.

Its rich sources of natural antioxidants have been established to promote health by acting against oxidative stress-related diseases such as diabetes, cancer and coronary heart diseases. The fruit-pulp has been reported to contain a significant amount of ascorbic acid, vitamins, iron, food flavours, fat, carbohydrate and mineral elements. The fruit-peel has been shown to be a rich source of fiber and mineral while the seed shell pericarp has been reported to be a good source of carbohydrate and minerals.

The fruits are not only consumed fresh but also used to produce stewed fruit, marmalade, syrup and several types of soft drinks. Its high pectin content is also suggestive of its vast medicinal benefits which include plasma cholesterol level reduction in addition to its detoxifying action and effectiveness in diarrhea therapy. However, there is a significant gap in knowledge of the neuro-protective property of star apple in disease conditions related to oxidative stress and neuro-inflammation in experimental animals.

The high prevalence of micronutrient deficiencies in developing countries has been attributed to the inadequacy in knowledge of the nutritional value of fruits and vegetables, as well as their low consumption, despite their availability in these countries. The health-benefiting and health-promoting properties of fruits are due to their richness in micronutrients and phytochemicals required for the growth, development and optimal functioning of the human body. As part of a healthy diet low in fat, sugars and sodium, the World Health Organization (WHO) suggests consuming more than 400 grams of fruits and vegetables per day. Frequent consumption of fruits and vegetables has been associated with lowered vulnerability risk factor for non-communicable diseases (NCDs) such as Alzheimer’s disease, Parkinson’s disease, depression, autoimmune diseases, diabetes, coronary heart disease, cancer, stroke, osteoarthritis, osteoporosis and others and possibly delayed onset of age-related disorders.

Recent findings show that non-communicable diseases (NCDs) are leading causes of death globally. Epidemiological studies show that NCDs kill approximately 41 million people each year, accounting for about 85% of all premature deaths globally. The 2030 Agenda for Sustainable Development recognizes NCDs as a major challenge for sustainable development particularly in developing countries.

Indeed, a nutritional approach could be a potential strategy to prevent or slow down the progression of some NCDs especially neuro-degenerative diseases, as experimental and clinical studies have reported significant decrease in risk factors for neurological NCDs and phytochemical supplementations. Phytochemicals are required for the maintenance of cell viability and the protection of neural cells from neuro-inflammation and oxidative stress associated with aging and brain diseases. Although mechanisms of nutritional impact on the brain are complex, fruits and its juice impart beneficial effect on brain functioning.

In recent years, various groups of researchers have performed food-based intervention studies to reveal the effect of dietary factors on certain mechanisms that take care of mental activity and the potentials of phytochemical-rich foods to prevent age-related neuro-degeneration and cognitive decline. Also, Nigeria scientists have demonstrated that traditional consumption of the fruit pulp of African cherry (Chrysophyllum albidum) in pregnancy could serve as an intermittent preventive therapy against malaria infection.

The study was published in the journal Ancient Science of Life by researchers from Nnamdi Azikiwe University, Awka in Anambra State. The researchers wrote: “The bark of Chrysophyllum albidum is reported to possess anti-malarial property. The fruit pulp of C. albidum consumed by pregnant women of South Eastern Nigeria could also possess anti-malarial activity. The present preliminary study investigated the anti-malarial potential of the pulp juice and seed of C. albidum. The researchers concluded: “This study demonstrates the presence of anti-malarial constituents in the chemically uncharacterized samples (fruit pulp and seed) of C. albidum. Its ethnomedicinal use may be valuable in pregnancy where it may possibly serve as an intermittent preventive therapy against malaria.”