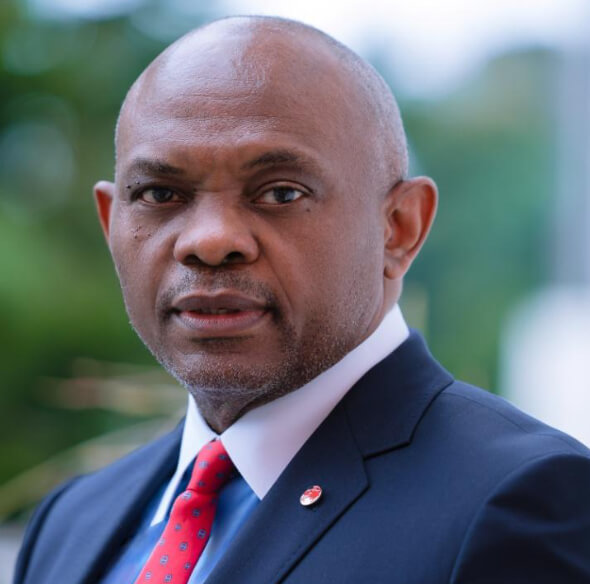 A Nigerian entrepreneur, Chief Tony Elumelu, recently commented on the impact of epileptic and unstable electricity supply and fuel scarcity on Nigerian citizens and their businesses, and urged Nigerians to hold their leaders accountable for their poor performance.

In a rare public commentary on Twitter this week, Chief Elumelu, who heads the United Bank of Africa (UBA), Transcorp and Heir Holdings, wondered how Nigeria could be so rich with resources and yet it is unable to deliver fundamental services to its long-suffering people.

Elumelu said the prevailing hardships in the country should be able to provoke Nigerians to elect political leaders who would be more committed to the welfare of the ordinary Nigerian families in 2023.

He wrote: “Elections are coming, security and resources need to be part and parcel of everyone’s agenda. Let’s be vocal for our nation’s priority. Evil prevails when good people are silent. We need to be vocal about 2023. Let’s focus on Nigeria. Demand and advocate for leaders who can deliver. In 2023, Nigeria must be on a strong trajectory for progress and development.”

Nigeria has had to face fuel shortages since February after importing substandard fuel. This resulted in weeks of severe fuel scarcity and its attendant long queues at filling stations. The situation saw transportation costs rise, which in turn increased the cost goods and commodities.

In addition, many parts of the country have been without electricity for weeks after the national grid collapsed. Businesses had to close down as the cost of diesel astronomically went up.

Chief Elumelu criticized the government’s inability to tame oil theft that has seen production fall. “This morning, I listened to my colleagues at the office bemoan the very pressing issues that they face every day in this country, and how things have been getting worse and worse with no electricity for 5 days, hikes in the price of diesel, frightening inflation, etc,” he wrote.

“How can a country so rich in natural resources have 90 per cent of its citizens living in hardship and poverty? I have often said that access to electricity is critical for our development, alleviation of poverty and hardship. And speaking of security, our people are afraid.”

“Businesses are suffering. How can we be losing over 95 per cent of oil production to thieves? Look at the Bonny Terminal that should be receiving over 200k barrels of crude oil daily, instead, it receives less than 3,000 barrels, leading the operator at Shell to declare force majeure. Why are we paying taxes if our security agencies can’t stop this? It is clear that the reason Nigeria is unable to meet its OPEC production quota is not because of low investment but because of theft, pure and simple. Oil-producing countries are smiling as their foreign reserves are at risk. What is Nigeria’s problem? We need to hold our leaders more accountable.”

But the more crucial question is: how? How can the people of Nigeria possibly ever hold their leaders accountable for anything they do wrongly?

In a similar development, the federal government has urged Nigerians to defend their rights as consumers and stand against exploitation by firms and service providers. The Minister of Industry, Trade and Investment, Adeniyi Adebayo, said this Thursday at an event to mark World Consumer Rights Day in Abuja.

Adebayo said consumer protection policies, laws and regulations provide businesses a framework within which they operate to ensure that the rights of consumers are protected. “As a consumer, you should be aware of your rights to safety, be informed, be heard and seek redress against any form of exploitative service,” he said.

“I would like to reiterate the need to treat consumers fairly. It helps your business gain a good reputation. Do not underestimate the role of customer service in increasing competitiveness, profitability, and quickly ageing your business growth and expansion.”

Nigerians have complained about incessant violation of their rights as customers, but few demonstrate the patience to take up cases against defaulting companies. Data from the consumer protection agency show the operators in the banking, aviation and telecoms sectors as the most regular offenders.

In February, airlines in the country jointly raised the minimum air fare from N23, 000 to N50, 000, against the anti-competition law. A directive from the consumer agency for the rate to be reversed has not been complied with. Digital money lenders have also resorted to illegal measures to recover their loans, harassing defaulters by exposing their personal data. The Federal Competition and Consumer Protection Commission (FCCPC) and other related agencies last week raided offices of loan providers in Lagos.

The world consumer rights day is celebrated March 15 to raise global awareness about consume rights and needs. To mark the day, the FCCPC organized a one day summit with the theme “Fair Digital Finance”.

The executive vice chairman of the FCCPC, Babatunde Irukera, said that digital loan providers will now be supervised under a regulatory framework. The consumer agency threatened to take stiffer actions against businesses that violate the rights of their consumers. “We discovered that this is much more serious than we thought, and we have to now look at how we can bring these people into the regulatory framework,” he said through the executive commissioner, Operations of the Agency, Adamu Abdullahi.

Nigeria’s consumer price inflation rose in February after recording a fall in January as the nation faced fuel shortages that helped push prices higher. The rate of price increase between February 2021 and February 2022 was 15.70 per cent, higher than 15.60 per cent recorded in January, the National Bureau of Statistics announced Tuesday.

The statistics office said the prices of goods and services, measured by the Consumer Price Index, fell 1.63 per cent points lower than the rate recorded in February 2021 (17.33 per cent).

According to the NBS, the rise in the food index was caused by increases in prices of bread and cereals, food products, potatoes, yam and other tubers, oils and fats and fruit. Prices are expected to rise further amid a global shortage made worse by the Russian invasion of Ukraine. Without functional refineries, Africa’s largest oil producer relies almost entirely on imported fuel

Nigeria’s inflation has been in double digits since 2016. The Central Bank of Nigeria, which says its target range is between six per cent and nine per cent, has for several months maintained interest rate at 11.5 per cent in a bid to boost growth following recession in 2020. The bank will meet next Tuesday to set benchmark interest rates.