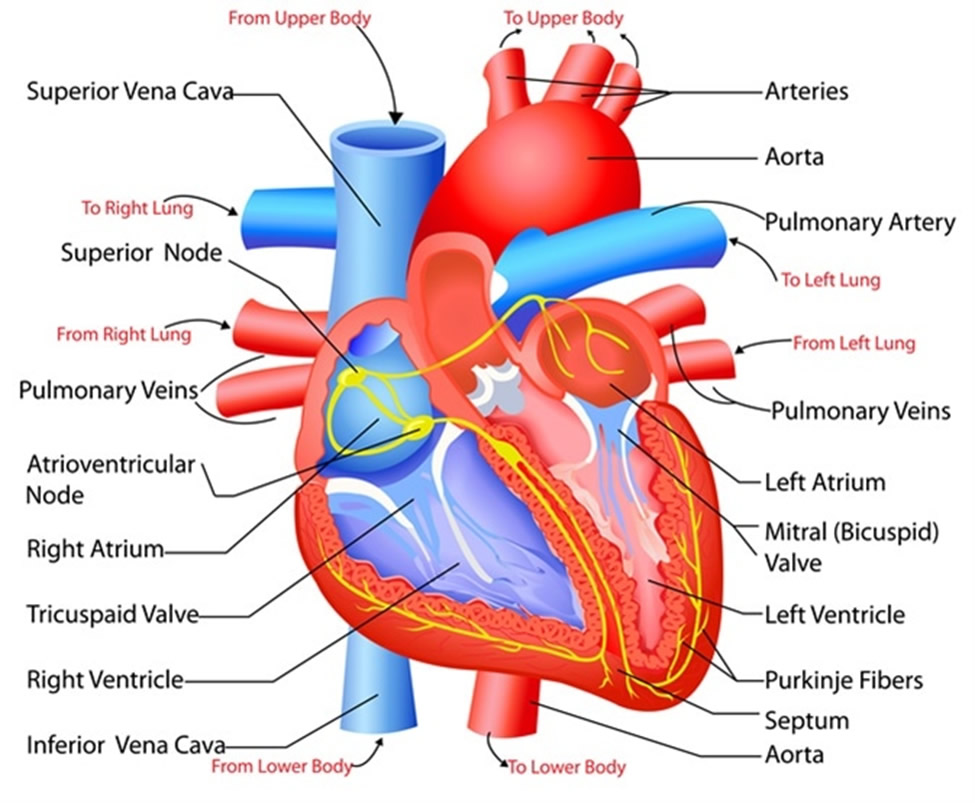 Iron-containing molecules play a wide range of essential roles in the body, including transporting oxygen in the bloodstream. However, a study in mice suggests that in cases of heart failure, the release of stored iron in the heart may contribute to the death of heart muscle cells. The study raises concerns about the prolonged use of iron supplements in people with heart failure. Drugs that inhibit the release of stored iron from heart cells may be promising new treatments.

In a person with heart failure, the muscle of the heart weakens and becomes less able to pump blood around the body. Symptoms include breathlessness after exercise or at rest, feeling tired most of the time, and having swollen ankles and legs.

While heart failure is an incurable condition that tends to get worse over time, with treatment, the symptoms can often be controlled for many years. According to the National Heart, Lung and Blood Institute of America, about 5.7 million people in the United States have the condition. In Nigeria, the figures have not yet been known but they are also likely to be in their millions.

Heart failure is known to disrupt iron metabolism, causing iron deficiency in around 50% of people who have it. But it is unclear whether these changes in the processing of iron are harmful or actually protect the heart from further damage.

A new study from researchers at King’s College London (KCL), in the United Kingdom, and Osaka Medical College and Osaka University, in Japan, suggests that excess levels of free iron in the heart could worsen heart failure. The research, in mice, found that when iron is released from stores in heart cells, it creates highly reactive, oxygen-containing free radicals — sometimes called reactive oxygen species — that damage the heart muscle.

“Iron is essential for many processes in the body including oxygen transport, but too much iron can lead to a buildup of unstable oxygen molecules that can kill cells,” says first study author Dr. Jumpei Ito, who was a research associate in the Department of Cardiovascular Sciences at KCL at the time of the study and is now a visiting scientist at Osaka Medical College.

The study’s findings have been published in the journal eLife.

Clinical trials have shown that giving intravenous iron to people with heart failure and iron deficiency improves their symptoms. However, the scientists behind the new study say that their research raises concerns about the safety of prolonged iron supplementation.

“Patients with heart failure who are iron deficient are currently treated with iron supplements, which previous studies have shown reduces their symptoms,” acknowledges senior author Prof. Kinya Otsu, who is the British Heart Foundation Professor of Cardiology at KCL.

“While our work does not contradict those studies, it does suggest that reducing iron-dependent cell death in the heart could be a potential new treatment strategy for patients,” he explains.

To reveal the effect of free iron on heart cells during heart failure, the researchers investigated what would happen if — contrary to the usual course of events — the iron remained locked up in a protein called ferritin that stores it.

When levels of free iron are low, another protein called nuclear receptor coactivator 4 (NCOA4) triggers the release of the stored iron from the ferritin in cells.

First, the researchers created mice that lack the gene for making NCOA4 in their heart muscle cells. When they simulated heart failure in these mice and in normal mice, they found that the hearts of the genetically engineered animals sustained fewer harmful changes.

Specifically, they discovered that the hearts of the mice deficient in NCOA4 did not develop excessive levels of either free iron or the toxic free radicals that kill cells in cases of heart failure.

“Our results suggest that the release of iron can be detrimental to the heart,” concludes Dr. Ito. “It can lead to unstable oxygen levels, death in heart cells and ultimately heart failure.”

England remembers her Covid ‘19 victims a year on