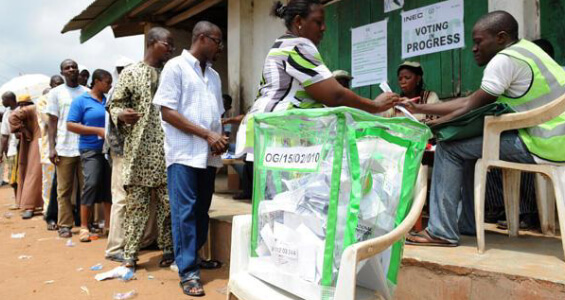 Sometime in 2014, we wrote an article titled “The sweet thing about the recent political defections in Nigeria.” Two days after that article was published, we had several public reactions which indicated that not only was it viewed by many readers as a move in the right direction, some also expressed pessimism in its application.

One reader who simply called himself Tony argued that voting for independent candidates would not be possible because the Nigerian constitution made no provisions for it. Another spoke of voters who were more concerned with their “stomach infrastructure” and wondered if they would ever like to vote for an independent candidate who is not likely to bribe his way into public office.

Another said that in as much as the idea of voting for only independent candidates was excellent, he was afraid that the mega parties would be more determined at this point in time to rig the elections and even mastermind the killing of such independent candidates if the parties felt threatened by their generally acceptable presence in the new political direction.

These are all valid contributions that will enable those who identify with the need to make Nigeria a better place strategize more effectively.

Let us say that God was working on the side of the masses when, on Monday, 20 October 2014, He made it possible for the two chambers of the National Assembly to approve a constitutional amendment for independent candidacy in future elections in Nigeria. The provision for independent candidacy in future elections in the country was made by the Federal law makers through the amendment of Sections 65 and 106 of the 1999 constitution. So, for those who are in doubt, doubt no more. As the saying goes, nothing good comes easy.

Nigerians, and especially the youths who have largely borne the brunt of incapable governments all these decades, must be united in the desire to better their country, knowing that no other people can do this for them. In this respect, the use of the internet to share ideas becomes a primary necessity.

If a black man, an African for that matter, like Barrack Obama could take advantage of the internet to reach out to his numerous admirers to garner support and subsequently clinch the highest political office in America, of all places, why can Nigerians not do the same and lead the nation into greatness among the world comity of nations?

It is obvious that under party politics many Nigerians have become brain-washed to feel satisfied merely asking for money to fill their empty stomachs, so to say. The general voter-attitude over these years has been: “give us our food money and when you get into the public office you do whatever pleases you.”

But Nigerians have never been known for their stupidity. They fully realize that these conditions were deliberately created by money-bag politicians in order to keep the ordinary citizens in perpetual economic and psychological bondage.

It is the responsibility of the voting masses to liberate themselves from this living in bondage idea, and again, no other people can do this for them. Not the Americans. Not the British. Not the Chinese. Not the Germans. Not the Lebanese. Not the Indians, the Pakistanis or the Japanese. Nigerians are the only ones who can make or mar their country. And the question right now is: what is it going be?

The general attitude of “this is politics of stomach loyalty” must come to an end. It is a temporary measure that has continued to rob the Nigerian voter of his rightful position in the scheme of things in the nation. It is a scourge that has forced the ordinary voter to mortgage the future of his children and children’s children to mindless politicians whose only ambition is to make money, and more money and more money. Some of them have acquired so much money that all members of their families can last comfortably without working, and without lacking, for the next ten generations.

Nigerians should take the bull by the horn now. If Nigerians can risk their lives taking drugs abroad, kidnapping innocent victims, raising an insurgency that maims people and their economy with little resistance, doing armed robbery, kidnapping for ransom, ritual murders for money and similar incomprehensible things, is it not a more worthy thing to die trying to make Nigeria a better place for all its citizens? Is that not a more honourable death?

What we are saying is that there is a possibility that independent candidates could put fear into party formations at such a level that the party henchmen can be sent to terminate their lives. But that needs not worry anyone who has made up his mind to run for a public office. If it will take the blood of dedicated sons and daughters of the land to liberate the people, who says it cannot be done?

If all the voters are united in their quest to change the face of Nigeria and the meaning of being called a Nigerian; if all the voters are agreed that Nigeria is under a curse that must be broken; if they are all of the same opinion that those party stalwarts should now prove their actual popularity by opting out of their parties and vying as independent candidates, then information must go round, and quickly too.

When the over-50 million internet-savvy Nigerian youths and other concerned citizens and residents show up their interest on the internet, the world would be alerted to their desire and aspirations. Nigerian politicians would be afraid of doing anything stupid, whether by day or by night, because they will know that the eyes of the world are focused on them.

Nigerians must stop their politicians from deliberately destroying their country and then turning around to blame innocent developed countries for their woes. This is why they must vote in 2023 for candidates who have serious track records of believing in Nigerian families and whose policy must aim at bridging the yawning gap between the very rich families and the very poor families.

Anyone who feels qualified to run for a public office in the country should be advised to run as an independent candidate. Let us all say goodbye to the days of money-bag party politics when selfish and uncaring politicians blindfolded our eyes with wool.