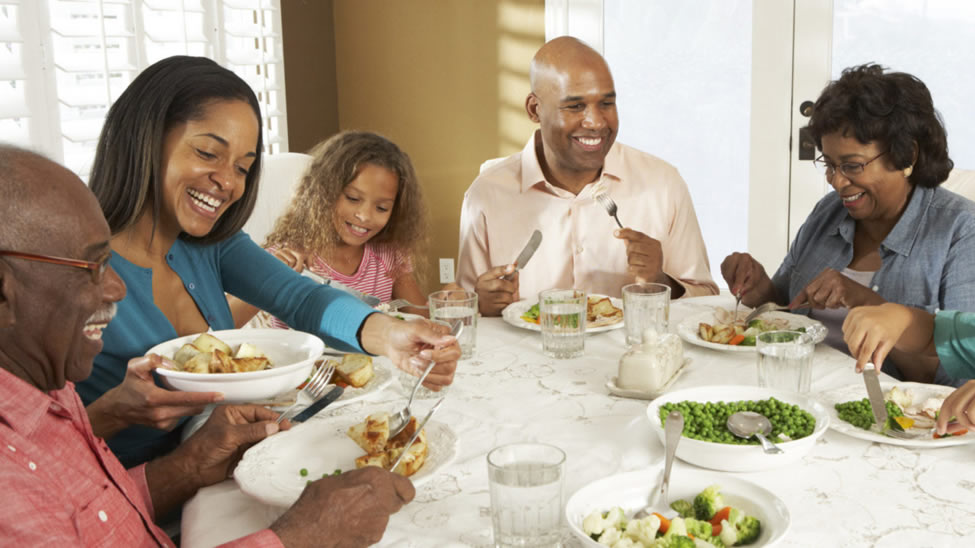 By Kofoworola Belo-Osagie (With files from The Nation Newspaper)

Adequate nutrition is vital to the brain development of young students and has consequences for their academic performance and future earning power. In this report, Kofoworola Belo-Osagie of The Nation Newspaper examines what parents can do to feed their wards right.

The average parent wants a brilliant child who excels in academic work.  While providing good schools, teachers and educational materials can help, many parents do not reckon with the role nutrition plays in helping children learn well in schools.

Mrs. Olanike Aladesuyi, a nutrition enthusiast, recently explained this role to some parents at a Parents-Teachers Forum organized by J. Nissi Nursery and Primary School, Ogba, Lagos State. She advised the parents to stop feeding their wards heavy meals in the morning.  Replace such meals with fruits or smoothies, and then allow them to eat healthy meals when it is time for school lunch around 11am. In an interview with The Nation Mrs. Aladesuyi, who trained as a Science Laboratory Technologist, said she became passionate about healthy living after suffering health challenges. She said while poverty might be the cause of malnutrition in children of low-income earners, even middle income and high net-worth parents were not nourishing their children well enough due to ignorance.  As a result, she said many more children that should not are suffering from malnutrition because they do not get relevant nutrients in adequate proportions in their diets. She said children would not learn well if they lacked brain-boosting nutrients found in the B Vitamins and Omega 3.

“Now when the children don’t get it in correct proportions, for example, if they have deficiencies in B-vitamins, those are nutrients that help the neurons and nervous system, you discover that such children are always jumpy; they have attention deficiency; they cannot concentrate in class. Their attention span is short.”

As far as Mrs. Aladesuyi is concerned, children without these nutrients are also malnourished and may have low Intelligent Quotient (IQ).

“I call it malnutrition because malnutrition is not necessarily that you are not eating enough. It is that you are not getting enough nutrients.  If you get some nutrients and you do not get some, it is still a form of malnutrition. So if you don’t get nutrient for the brain, then the IQ of such a child will be low. Nutrients like Omega-3, healthy sugars help the brain to function.“And if you do not get nutrients that help body building, you see those children look skinny, undernourished and all of that. So for a child to be balanced, he needs all the nutrients in correct proportions.  If those nutrients are not in correct proportions learning can be hampered; learning can be delayed; children themselves can become averse to learning. You know there are some children that just don’t want to sit down and listen to you.  It is those missing nutrients that can calm them down,” she said

When Mrs. Aladesuyi told her audience that they should replace the usual breakfast they give their wards with smoothies or fruits, not a few in the audience rolled their eye balls. She also told them to ditch carbonated drinks and all commercially processed and packaged juices, labeling them poison. She spoke from her personal experience.  She said she was used to feeding her family with lots of suya and carbonated drinks, home baked bread and butter as relaxation treats until she suffered hip injury and was told she needed hip replacement and her husband died of cancer.

Fearing her three children could also die of cancer, Mrs. Aladesuyi said she began to pay more attention to her family’s nutrition. “I labeled everything in my house poison.  I stopped giving my children caprisone to school and replaced it with health snacks that I had to package like they were bought,” she said. After the initial resistance, she bought them over. Rather than heavy breakfasts, Mrs. Aladesuyi said children can drink smoothies or eat fruits before leaving for school which would keep them until school lunch time, which was usually around 11am.

She said smoothies – made from tiger nut, pineapple, watermelon, mixed with dates, beetroots, lettuce, pawpaw, carrots, avocado pear, and other fruits contain the right amount of nutrients to help children start productive days in school. She said: “Water melon is fantastic for breast health and although the children would normally say it was not sweet, I expect that mothers would find a way of making them take it. Some children do not like carrot.  Juice it and mix it with tiger nut milk.  It tastes fantastic.  They will get the benefit of the carrots and the sweet taste they desire.  It is just a question of being able to win them over and get the children to take a variety of diets. Cashew and almond nuts are all good for the brain and body.”

A varied diet, with food, fruits and vegetables of all colours is what Mrs. Aladesuyi recommends.  She said the various colours of fruits represent various nutrients vital to the body’s needs. So tiger nut is milky in colour, pineapple is yellow, pawpaw is orange, watermelon is reddish or pinkish.  There is cabbage that is purple or eggplant that is purple, cucumber is green and white.  Eat a variety of colours because each colour has a nutrient attached to it,” she said.

“What I expect and desire every child to have is enough fruits, enough nuts, and enough vegetables. Then we add carbohydrates – different assortments of foods.  For example tomato has lycopene which is good for the prostrate health

Whatever a parent’s income is, Mrs. Aladesuyi said there is a way to achieve adequate nutrition.  For parents on the middle-income, she advises shopping in markets rather than shops that would charge more. With some creativity, she said they could make nutritious meals that are not expensive. “I want to say that planning comes to bear too.  You can buy some little amount of tomatoes, pepper, fish and do some stir fry which the children can eat with potato, yam or beans and they drink tiger nut, buy little amount of carrot , juice it together with avocado, and you are nourished.  So it is a question of planning,” she said.

For low income earners who may struggle to afford a variety of nutritious foods, Mrs. Aladesuyi suggested selling some of these foods to provide extra income and extra food. “For very low income earners, I would advise them to find a way of improving their sources of income by planting some of these vegetables and fruits in their backyards. They don’t really have to waste their lean resources buying them in the market.  I have a number of people like that that I mentor.  What I do is that I teach them how to make tiger nut milk, go and sell and by the time you sell, you have extra that you can drink and the children can also take to school.  You make salad for people who are busy. For example, I made salad and delivered this morning and out of the salad I supplied my lunch was ready,” she said.

For high net-worth people who lead very busy lives, Mrs. Aladesuyi suggests hiring people to cook healthy family meals or cutting down on work to better manage the home. When it comes to cooking, Mrs. Aladesuyi advocates, less water, less heat and cooking food in their natural states to preserve as much nutrients as possible.

She said: “We peel our yams and wash.  That is a major error. Any tuber or thing growing under the ground has most of its nutrient close to its skin so each time you peel and wash it, you are washing away the nutrients. Again we cook under high heat and pressure to let the food be done.  Food is meant to be cooked mostly under low heat so each time we raise the gas you are killing up to 90 percent of the nutrients in the food – you denature the protein, the fat and oil, you kill the vitamins and minerals. Then we over cook, we keep warming and keep warming.  These are mistakes we make,” she said.

What Alternatives to ASUU’s Incessant Strikes?

How to stop strikes in Nigerian Universities