Speaking in Lagos at the 2021 Nigeria e-Government Summit organized by Digiserve, Nami who was represented by the Leader of Digital Support Group of the Federal Inland Revenue Service, Chiaka Ben-Obi said for any organisation, institution or government to gain from the benefits of ICT, technology must be implemented and used effectively.

Nami said this has resulted in the transformation of tax policies, with newer laws underway because of the new ways of doing business, adding that the digital economy and tax authorities are going digital by adopting digital tax administration. He said this is why the transformation to use ICT to provide services by the government is slowly gaining traction across the world.

The FIRS boss informed that Nigeria has had to increase income through taxation from other sources other than oil, amidst dwindling oil prices. He recalled that since 2015, FIRS’ revenue generating capability in the non-oil sectors of the economy has improved immensely and technological advancement has played a key role in ensuring and sustaining this performance. The benefits of adopting eGovernment framework in FIRS include online filing of taxes by taxpayers, easy remittance of taxes by taxpayers, accountability in tax administration, improved service delivery to taxpayers, increased revenue, among others. In terms of challenges, Nami said there is need for speedy revision and implementation of legislation to support the MDAs in achieving its target; having to deal with multiple vendors and systems – no single off-the-shelf solution; technology investment being expensive to procure and maintain, among others.

In his keynote address, the Executive Vice Chairman of Nigeria Communications Commission, NCC, Prof. Umar Garba Danbatta who was represented by the Executive Commissioner, Stakeholders Management at NCC, Adewolu Adeleke said governments would function more effectively through the adoption of ICT that would lead to the provision of speedy access to automated services in order to make public welfare services available to all citizens. “The Nigeria Communications Commission (NCC) has been working assiduously with all stakeholders to deepen penetration of broadband infrastructure and services which support the growth of e-governance and other critical digital economy objectives throughout Nigeria,” Danbatta said.

The Executive Chairman, DigiServe, Lanre Ajayi, in his opening remarks, said technology service providers were not engaging government enough and that they were not coming up with adequate technology solutions that would enhance the delivery of e-government services to the citizens. He said: “Those who suffer most from the lack of sufficient government engagement are the Nigerian citizens, because citizens no longer get quality service delivery from the government. Citizens are not getting quality service from the government because technologies are not efficiently deployed in government service deliveries. In order to bridge the gap, DigiServe decided to use its e-Government Summit platform to bring together government and technology service providers to share experience on the way forward.”

The Director-General of the National Information Technology Development Agency, NITDA, Kashifu Inuwa Abdullahi, who was represented by a senior management staff at NITDA, Dr. Vincent Olatunji, said NITDA was able to develop several policies and frameworks that were driven by technology to seamlessly connect the Nigerian citizens in order to enhance e-government service delivery. He said NITDA would continue to develop ideas that would not stifle regulation of the ICT sector. According to him, NITDA would continue to support the reduction of cost of technology deployment in the country, especially as it affects the cost of Right of Ways (RoWs) in service delivery.

In a similar development, over 180 million telephone lines are now linked with the National Identification Number (NIN), while the National Identity Management Commission (NIMC) has captured over 60 million Nigerians on the NIN database. The Nigerian Communications Commission (NCC) has also reviewed its guidelines to include the use of NIN for SIM card registration while NIN must be provided for an SIM replacement. Licensees may also retain the biometrics of subscribers. However, the Commission reserves the right to revoke this provision once there is a breach of confidentiality and integrity of the biometric data or other grounds the Commission may determine from time to time. Under the existing regulations, licensees are not allowed to retain biometrics. In addition, the activation window within which a subscriber acquires and activates an SIM card has been extended from one month to 60. 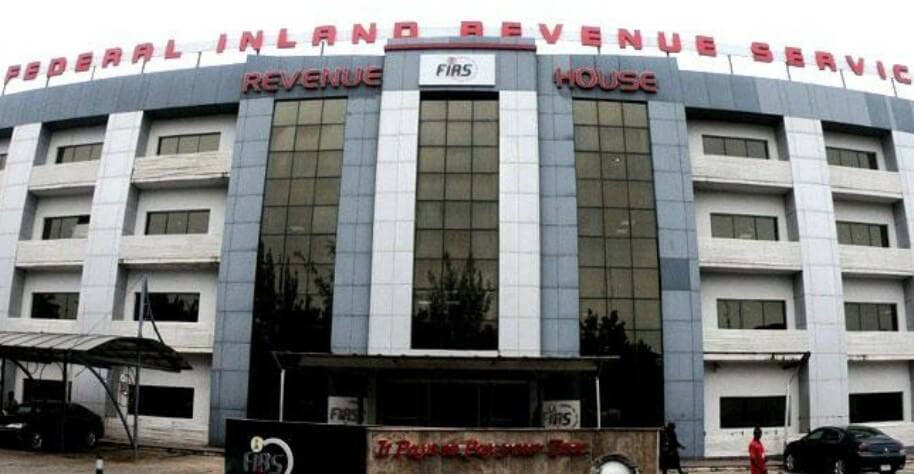 He noted that in view of the resolve of the Federal Government to tackle insurgency and insecurity through citizens’ identity management, it has become necessary to ensure that the provisions of the Registration of Telephone Subscribers Regulations and SIM Replacement Guidelines are in alignment with the national identification policy for SIM card registration and related activities.

Meanwhile, Point of Sale (POS) transactions carried out in Nigeria in the first eight months of the year stood at N4.06 trillion, representing a 45% increase compared to N2.81 trillion recorded in the corresponding period of 2020. This is based on data obtained from the Nigeria Inter-Bank Settlement System (NIBSS).

According to the data, POS transactions hit its highest levels for any eight-month period, increasing by 44.8% and 108% compared to N2.81 trillion and N1.96 trillion recorded in the similar period of 2020 and 2019 respectively.

Similarly, the volume of POS transactions recorded between January and August 2021 stood at N619.3 million, increasing by 61.8% compared to N382.9 million recorded in the corresponding period of 2020. It is worth noting that a total of 686,577 POS terminals were deployed nationwide as of August 2021, representing an 84.4% increase compared to 372,333 recorded as of the same period of 2020.

In terms of volume, 146.27 million, 285.89 million, 438.61 million, and 655.75 million transactions were carried out in 2017, 2018, 2019, and 2020 respectively, while a total of 619.28 million transactions have been recorded so far this year. The number of terminals deployed as of the month of August 2021, increased by 4% to 686,577 from 660,402 recorded in the previous month, while it increased by 49.5% year to date. The data paints a clear picture of the increased interest in the use of POS as a means of transaction, especially with Nigerians continuous adoption of cashless policy, and the downsides of having to move around with cash and queue at the banking hall for withdrawals and deposits.

Considering the long-term trend of the data from January 2017 to August 2021, one can see that the value and volume of POS transactions recorded in the country, elevated during the heights of the pandemic, when Nigerians were forced to work remotely and banking halls admitted only a limited number of customers.

Meanwhile, in the short-term, the value of POS transactions declined in recent months, dropping by 9% in the month of August 2021 from N554.67 billion in July to N504.88 billion. The same was noticed in terms of the volume of transactions recorded in the period. Notably, it dropped by 7.4% from N81.62 million recorded in July to N75.55 million in August.
Nigeria’s increased adoption of cashless payments

If there was anything COVID-19 lockdown taught us, it was that certain kinds of work can effectively go on remotely. Buying and selling and other related financial services are common examples. The lockdown also exposed young Nigerians to delivering financial services at the local level. A similar article by Nairametrics revealed that insecurity, Covid-19 and waiting time at the bank are part of the reasons for the increased POS activities in the country. The report highlighted that using ATM cards to withdraw in Nigeria is safer, considering the level of insecurity in the country.

Young Nigerians have tapped into the opportunity presented by the fact that more people are now working from home, by providing POS services in the various localities. Findings by Nairametrics research team show that POS terminals and kiosks are now popping up in most areas of the country and have become a major business in Southern Nigeria.

Findings have also shown that the business is highly profitable as some of these agents make an average of N20,  000 to N100,000 daily, a great incentive for other young people to go into the business. Survey also shows that Nigerian students are now setting up shops in their various institutions of learning, to bring banking transactions closer to fellow students.

What they are saying

In an interview with a student at a local university, Miss Aisha explained that considering the stress of walking down to the ATM point and having to wait in line before getting served, she prefers to pay an additional N100 to nearby POS vendors to withdraw her cash and use her time for other productive activities. The story is similar for Nigerians who patronize these vendors within their home environment. In a brief discussion with Mrs Olaitan, an analyst who works remotely, she mentioned the cost of transportation as the major factor for her. “The cost of moving to the bank to use the ATM is about N300, coupled with the risk of facing long queues, why not just pay an additional N100 to N150 to get my withdrawal or deposits done as fast as possible?” she asked.

However, when the withdrawals are significantly large, it becomes imperative to visit the banks as most of the POS kiosks are situated in open places and could attract the unwanted attention of criminals while the multiplying effect of the transaction fee could outweigh the cost of transportation and queuing at the bank. Also, while POS businesses are on the high, delivery companies are beginning to insist on POS payment on delivery services rather than cash payment, while some businesses have stopped collecting cash, opting instead for bank transfers or POS payments. This is according to findings made by Nairametrics Research.

While it is a point of interest that the once cash-oriented Nigerian populace are now adopting cashless payments as a form of transaction, it is also worth noting that it is helping to solve Nigeria’s unemployment problem whilst increasing financial inclusion.