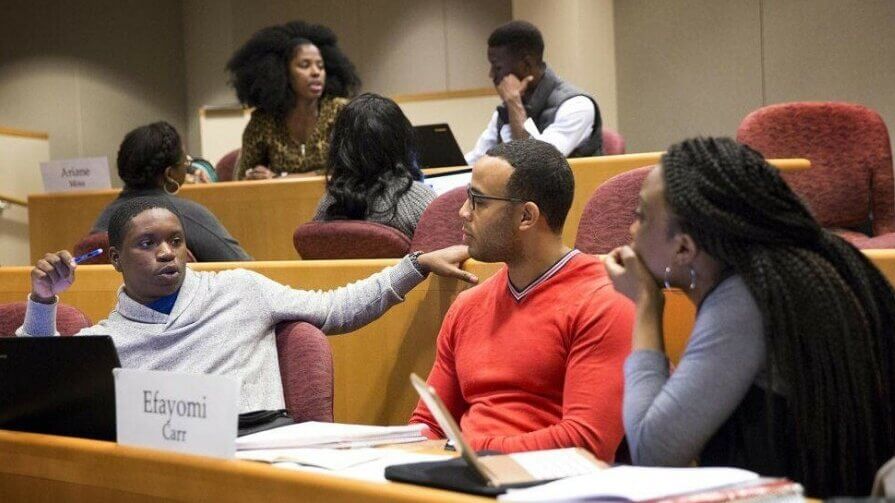 When one of the law students at the University of Ilorin resumed school in January 2021 following Covid-19 disruption and a 10-month strike by the Academic Staff Union of Universities, the umbrella association for university lecturers in the country, she noticed the increasing price of goods and services on campus.

It affected every student.  “With no side hustle, most of us still get money from home. The fact that I am still getting the same amount I was getting before makes it difficult. The money that could last for up to a month cannot even last you for up to two weeks now,” she complained.

According to the International Monetary Fund, IMF, the inflation rate in Nigeria is 16%. It came to that after a 13.2% rise last year, placing students under unprecedented hardship as they struggle to complete their studies.

In March 2021, barely six months ago, Nigeria’s food inflation increased by 1.16% to 22.95%, according to Nigerian Bureau of Statistics, putting more pressure on students. That is a major challenge to citizens in a country where the minimum wage has only recently been increased to N30, 000 ($73 or £53) per month and payment of salaries is frequently inconsistent.

For most students, this means struggling to buy the food items they are used to. An average monthly allowance of N16, 000 barely covers expenditure and they have to draw up scales of preference when they shop as prices for commodities and services maintain an upward spiral.

Since some of them live off campus, an increase in bus fares also compounds their worries. In February 2021, the association of bus drivers on some university campuses announced an increment from N50 to N80 per trip, but some drivers demanded even more.

Occasionally students would visit campus eateries between classes, which can extend from morning until late evening, but now most of them make do with snacks after lectures. One effect is that they lose focus in class, while the increasing cost of mobile data means that they risk missing out on vital information from their class WhatsApp groups.

The law student said that sometimes when she was broke, she would reach out to her friends who were able to ease her through the moment because she could not call home without credit on her phone.

A history student who doubled as a part-time creative director had his own story to tell. For him, the situation was also a struggle, even though her monthly stipend was N30, 000 – double the amount the law student received.

“When I first started school here four years ago, things were easier and the amount of money they sent to me was enough. As time went on, things became more expensive, especially food. You can imagine buying a crate of eggs that sold for N700 for N1700. That was not possible in Jos where I come from,” she explained.

Her parents tried to send her food supplies intended to last her for a semester through public transit, but some of the packages end up spoilt. “We have to eat”, she said. “Food is very important. I cannot even buy sardines or ordinary fish in the market. Half a kilo was N500 and now I cannot afford to buy one kilo anymore. Transportation is also another issue on its own, and sometimes when we have a single class in a day, I do not go to classes in order to save costs.”

She said it was important for her to be in class when the lecturer was explaining things in her course but sometimes she found herself unable to concentrate because her stomach was grumbling in class. Once she left in the middle of an examination because she just wasn’t in the right frame of mind to write it. “It might sound stupid but at that moment it was a genuine reason for me,” she said.

The underfunded Nigerian university system offers very limited financial support to most students, with a scarcity of bursaries to cushion the effects of inflation. Inflation is also hampering students’ extra-curricular employment, which once offered a way to pay for education.

One final year student who doubled as a ghostwriter said inflation was stopping clients commissioning him and that had forced him to delve into his savings. The young man was fond of referring to “SAPA”, an acronym for Serious Absence of Purchasing Ability – a term that was coined by young Nigerians to capture the austerity they experience every day.

“SAPA visits you even though you put yourself in money making ventures. The inflation doesn’t only leave me broke, it leaves me extremely desperate to survive the cruelest times yet. Sometimes, I’m in absolute despair as someone who doesn’t request a dime from home. You work a lot and spend much more to survive. I am unable to invest, he said”

The situation made him compulsorily frugal and impacted his social life. He previously scheduled a portion of his earnings to save using the fintech app Cowrywise, but he has had to stop for more than two months because his weekly earnings are barely enough to cover outgoings.

Another student, an economist in one of the country’s bubbling universities says that the effects of inflation are not limited to consumer goods but also impact on school fees. He cites the case of Kaduna State University, which recently hiked its tuition fees. “It is because they can no longer cater for the welfare and infrastructure of the school due to the sharp rise in inflation. And you know they are state universities. They can always increase funds to meet infrastructure demands,” he says.

He says that fees inflation could have longer term consequences, including driving students away from the formal educational system into other pursuits. “With the rate of unemployment and even the president himself declaring that the federal government  has no more job vacancies for youths, a lot of them have started selling recharge cards to make ends meet while a few are learning new skills and selling online.”

A senior lecturer at the faculty of arts of one university said that inflation has a pernicious impact on the academic environment. “Inflation has led students to embrace semi-nourishing food. Some of them engage in conditional fasting. Many turn out weak and unable to get involved in their academics squarely,” he says. On the brighter side, he says inflation has helped some students look inward and develop their entrepreneurial spirit.