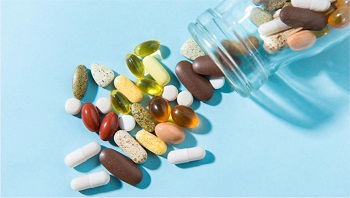 Experts say vitamins don’t provide health benefits for most people, but some people may feel better because they expect to feel better. Researchers say multivitamins and mineral supplements don’t improve a person’s overall health unless they have known deficiencies of these substances. They say the “placebo effect” may result in people saying they feel better after taking daily vitamins. They say certain vitamins may have some benefits, but we are better off getting our nutrition through healthy foods.

People in the United States, for instance, are said to spend more than $30 billion per year on vitamins and supplements. About 3 in 4 Americans take a dietary supplement every day. However, there’s scant evidence that multivitamins or mineral supplements have any positive impact on health, except for people with known vitamin or mineral deficiencies.

The research, published in the journal BMJ Open, compared self-reported and clinically measurable health outcomes among a group of more than 21,000 multivitamin users and non-users in the United States. Of these, 4,933 said they regularly took multivitamins or mineral supplements while 16,670 said they did not.

The study, which drew data from the 2012 National Health Interview Survey (NHIS) Trusted Source, found that the supplement users reported 30% better overall health than those who didn’t take supplements. But supplement users scored no higher than non-users when their psychological, physical and functional health was assessed.

The NHIS included questions on subjective self-assessments of health, including the need for help with routine daily activities as well as personal history of long-term conditions such as high blood pressure, asthma, diabetes and arthritis. It also asked about the presence of common health conditions in the preceding 12 months, including infections, memory loss, neurological and musculoskeletal problems, and individuals’ degree of psychological distress. “Multivitamin users self-reported better overall health despite no apparent differences in clinically measurable health outcomes,” the study concluded.

“These results suggest that widespread use of multivitamins in adults may be a result of individuals’ positive expectation that multivitamin use leads to better health outcomes or a self-selection bias in which multivitamin users intrinsically harbor more positive views regarding their health,” the research said.

The study found that, compared to non-users, people who regularly took vitamins were older and had higher household incomes. They were also more likely to be women, college graduates, married, and to have health insurance. Many of those factors are associated with better health and quality of life.

FG set to deal with brain drain in the health sector