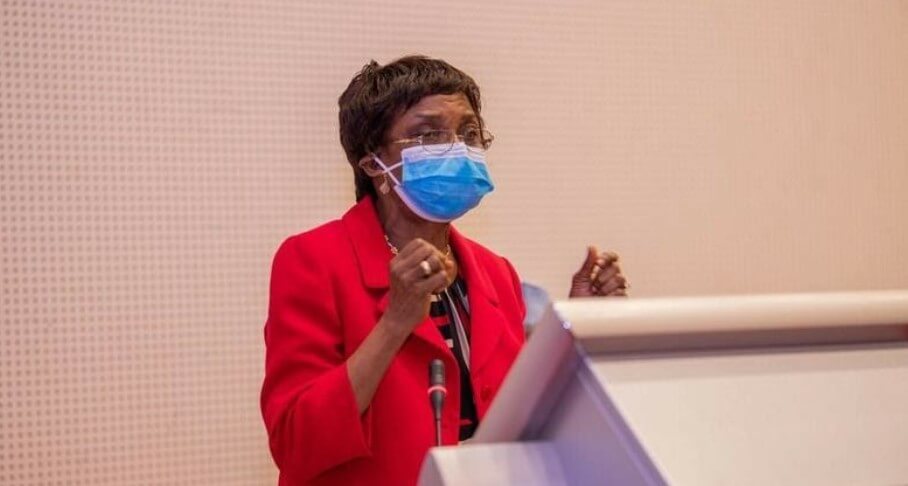 The National Agency for Food and Drug Administration and Control (NAFDAC) has advised Nigerians to stop the consumption of sodium (non-iodized salt) to prevent health complications.

The Director-General of NAFDAC, Prof. Christianah Adeyeye, gave the advice on Thursday, at the University of Abuja, at a stakeholders meeting on ‘Evaluation Implementation and Scale-up of Nigeria’s National Sodium Reduction Activities.

According to her, the objectives of the meeting are to present the preliminary findings of the first phase of the project which involves surveys carried out in FCT, Ogun and Kano and to discuss strategies to scale up reduction of sodium (salt) consumption in the country.

The News Agency of Nigeria (NAN) reports that the meeting was jointly hosted by NAFDAC and University of Abuja to lead in the implementation of sodium reduction in the country.

“The National Agency for Food and Drug Administration in collaborations with state, and non-state actors using the scale-up of a national sodium reduction program in WHO’S SHAKE package.

Purpose of this meeting is to increase awareness of the positive impact of sodium salt reduction on health in the food industry, amongst the policymakers, consumers and other stakeholders on the risk associated with high salt intake.

“Sodium is mainly consumed as salt (sodium chloride) which in the diet can come from processed foods, either because they contain large amounts of salt as ready meals, processed meats like bacon, Corn beef, and cheese.

“There are many mechanisms put in place by NAFDAC to promote and protect the health of our people and one of such is sensitization, well informed, and educated citizenry is the bedrock of effective regulation,” she said.

Prof. Abdulrasheed Na’allah, the Vice Chancellor, University of Abuja, on his part called on all Nigerians to cooperate with NAFDAC and reduce the consumption of sodium to prevent health hazards.

Na’allah said habitual consumption of excess salt may seem harmless, but is linked to several non-communicable diseases which is prevalent in Nigeria, saying that reduction is necessary.

He said that a meaningful strategy to reduce salt consumption across the populations must contain all elements of the SHAKE salt reduction package developed by WHO.

Dealing with the deadly malaria parasite