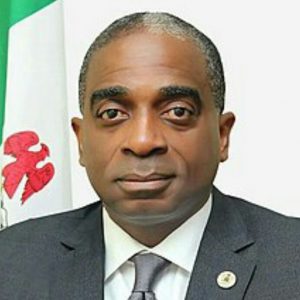 Business men and women in Southern Nigeria have challenged the Executive Director of Nigerian Export Promotion Council (NEPC), Segun Awolowo, to name the 22 sectors he claims his council has identified as being capable of generating alternative sources of income for the country in place of crude oil. After his recent meeting with President Buhari at the State House, Mr Awolowo told journalists that 22 sectors that could generate foreign exchange for the federal government in the place of crude oil have been identified. He said he briefed the President on the government’s zero oil implementation plans and what the national committee on export promotion, set up by the National Economic Council, was doing to diversify the economy.

The special committee, which is chaired by the governor of Jigawa State, is charged with the responsibility of discovering alternative sources of funding for the economy in place of crude oil.
Confirming that the price of crude oil, which accounts for more than 90 per cent of the country’s revenue, had been on the rise in recent times, Mr Awolowo pointed out that the country could not survive on oil revenue alone. Government must raise more revenue from other sources. Those days of $140 per barrel oil price were gone forever. So, Nigerians had to look inwards and produce more. It is hoped that in the next 10-15 years Nigeria would be able to raise up to $150 billion from sources outside oil.

Apart from mobilising the 36 states, he said the committee was also working with the relevant ministries, departments and agencies to help raise production and productivity in the economy. Part of the strategy was the recent policy initiative by the Central Bank of Nigeria to provide loans at low interest rates to farmers to raise production of five cash crops – cocoa, Shea nuts, cashew, tomatoes and bell peppers.

With the signing of the African Continental Free Trade Area (AfCFTA) Agreement, Mr Awolowo said Nigeria has demonstrated that it no longer wanted to be the dumping ground for other economies. He said the president refused to sign the agreement until the country was convinced the people were ready to compete, able to produce more and willing to help Nigerian manufacturers get into the market.

On the quality of products from Nigeria, he said apart from the packaging, Nigerian products “are no longer substandard”. They are now being exported to other West African and Inter-land African countries. President Buhari was excited about the work of the committee and promised to give continuous support for the export of the identified commodities. Mr Awolowo said government’s decision to clear the N350 billion backlogs on the export expansion grant was a huge incentive to exporters. But stakeholders are still asking questions. Their appetites are wetted by the news that 22 other non-oil related sectors to generate finance for the country have been identified. And they want to know: what are the sectors?