The Forum of Chairmen of Health Institutions in Nigeria (FCHIN), a body of chairpersons of boards of parastatals and agencies under the country’s health ministry, has charged the Nigerian government and the striking National Association of Resident Doctors (NARD) to reach a truce on the ongoing strike in the interest of Nigerians. The forum’s chairperson, Sam Jaja, who led the leadership to a meeting with the minister of labour and employment, Dr. Chris Ngige, in Abuja, said the forum chose a four-pronged approach to resolve the dispute. This is according to a statement by Charles Akpan, the labour ministry’s spokesperson. The statement noted that Mr. Jaja also frowned at the frequent resort to strike by doctors, describing it as “insensitive.”

The statement reads in part: “All hope was that at last week’s meeting, where all affiliates of the Nigerian Medical Association (NMA) except NARD signed the MOU, would resolve the strike. We feel so concerned the strike hasn’t been called off. Strike should be the last resort when every other effort has been exhausted in terms of finding a solution to whatever the problem is. But for any little thing, you resort to disruption of services; it does not portray the country in good light. It doesn’t also portray the profession in good light, most especially such a profession that has to do with the preservation of human lives.

“It makes the doctors look insensitive and that is not right. For whatever reason, I think we should nip it in the bud. That is what we as a Forum of Chairmen of Health Institutions of Nigeria are in for. We need to find a solution to this. It is not good for us and it is not good for them. I bet that as you are solving this problem, others are warming up to start theirs. We can’t allow them to continue. We must find a permanent solution.”

Mr. Jaja, according to the statement, also shared his forum’s four-pronged approach to meet all concerned parties in a bid to resolve the lingering issues. “As the representatives of their employers, we can’t continue to fold our hands over this constant disruption of health services in the country. Our plan was to meet first with the NMA, NARD and the Ministry of Health before coming to you. Incidentally, you are the first to open your doors to us. So, we came to intimate you of our plans. We will return when we round off meetings with them,” he said.

Responding, the labour minister, again faulted the ongoing strike, describing it as unjustifiable and unwarranted. He, however, said the implementation of the MOU signed on August 21 with doctors was on course, even as he explained why the NARD refused to sign last weekend’s MOU.

The minister said: “All the issues contained in the MOU, ranging from arrears of the consequential adjustment of the National Minimum Wage, Skipping Allowance, Bench fees among others have successfully been tackled at the meeting of 20 and 21 August and all affiliates of the NMA, signed the MOU, with NARD dissenting.” He said the union wants a particular clause to be inserted in the agreement.

He said: “That section 43 of the Trade Dispute Act should not apply to them. That we should insert in a government agreement that they should be paid for the period they are not at work. I’m being careful about this. This is law and I will not lend myself to illegality, to state in the agreement that a group of Nigerians are above the law. But as a matter of fact, a clause in that agreement states clearly that nobody should be punished for participating or not participating in the strike.

“So, what else do they want? They want me to put in writing that they are above the law. That “no work, no pay,” rule should not apply to them. That it is no more part of our law, despite the fact that I swore to uphold the constitution? This is notwithstanding that a clause in the agreement says that no one should be punished for any role in the strike. This is why they refused to sign the MOU and call off the strike and not that the government has not substantially met their demands.”

The minister further urged the officials in the parent ministries of the striking doctors to sit up and effectively play their roles. “Whether you are talking about ASUU, SSANU, NMA, JOHESU, etc., their employers are the Federal Ministries of Education and Health respectively. Those ministries should do their work with their employees. The employers of workers under these unions should take care of them. Here, I’m only a conciliator but the load is much because some people aren’t doing their bit.” 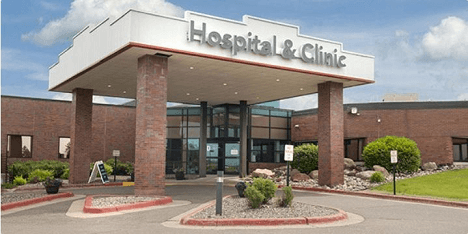 Few days ago, the federal government announced the commencement of the process of withholding the salaries of resident doctors participating in the ongoing strike, making good its threat of implementing the ‘no work no pay’ rule. The ministry of health in a circular dated August 26, 2021 directed all Chief Medical Directors (CMDs), Medical Directors (MD) and registrars at all federal health institutions to commence implementation of the “no work no pay rule” starting from August 2 when the National Association of Resident Doctors (NARD) downed tools.

Meanwhile, the leadership of NARD – the striking doctors union – after the meeting of its National Executive Council (NEC) held at the University of Benin Hospital on Wednesday, vowed to continue with the strike until their demands are met. The resident doctors’ strike has, for four weeks, paralyzed public health institutions across Nigeria, putting patients in need of care at a precarious situation.

What we need to know about primary, secondary, tertiary and quaternary care