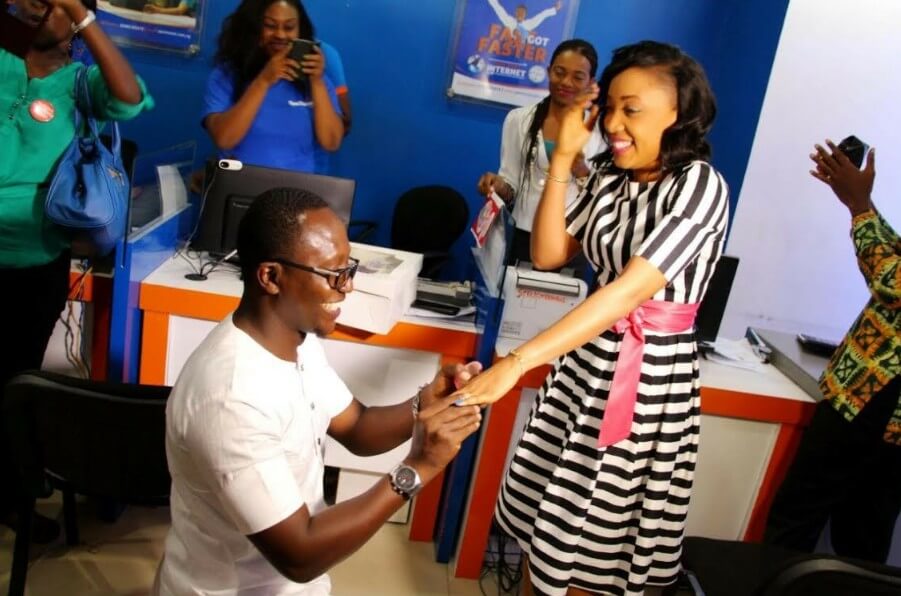 A female soldier has been arrested in Nigeria for accepting a marriage proposal while on duty, an army spokesman has said. She had breached the military’s code of conduct by “indulging in romance while in uniform”, he added.

A video emerged last week of the soldier accepting a ring from a man kneeling in front of her, while onlookers shared in their joy. A woman’s rights group has accused the military of discriminating against her. Similar action had not been taken against male soldiers involved “in a public display of amorous relationships in full military uniform”, the Women Empowerment and Legal Aid group said.

Human rights activist and former Nigerian presidential candidate Omoyele Sowore condemned the army’s decision as “misogynistic”. The soldier had accepted the marriage proposal from a trainee in the government’s youth training scheme, known as the National Youth Service Corps (NYSC).

As part of the year-long mandatory scheme graduates from universities and other higher-learning institutions get instruction from the army. The marriage proposal was made during a training programme in western Kwara state. It is unclear when it happened, but a video of it emerged last week.

Many social media users congratulated the couple, and praised the man for proposing. Others teased the soldier. Army spokesman General Clement Nwachukwu told the BBC the soldier had flouted the military’s code of conduct, as well as its social media policy. “Her conduct was prejudicial to good order and military discipline. The trainers’ task was to train the youth corps members and not to indulge in amorous relationship with any of them,” Gen Nwachukwu added.

The NYSC has not yet commented.

How to help kids deal with not having siblings