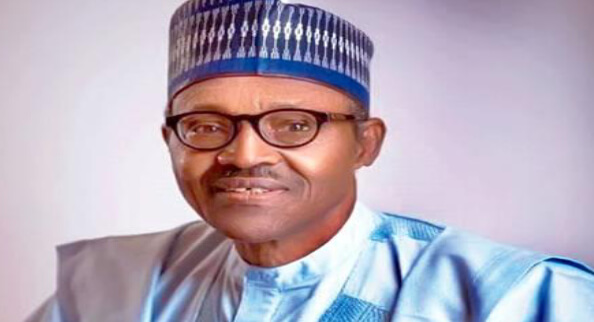 Although education in every region of Nigeria could be said to be in the crucible, it is pretty obvious that the education system in the north is the worst hit. The staggering number of out-of-school children in the region had forced the Goodluck Jonathan administration to establish about 200 Almajiri schools across the north.

In West Africa, for instance, Nigeria accounts for 45% of out-of-school children. Over the years, the number of out-of-school children in Nigeria increased from 10.5 to 13.2 million and 69% of these numbers are from the north. Some of the contributing factors to this issue are the protracted violent conflict in Northeast. The destruction of schools by insurgents, forced displacement and volatile nature of the region has continued to grossly impact accessibility to primary education in the area.

At least seven million children in northern Nigeria are in the Almajiri system, according to figures from the National Council for the Welfare of Destitute (NCWD). That figure is three times the population of The Gambia. Often, the children are lopped off at thousands of Qur’anic schools that dot cities in many parts of the north where they learn five days in a week and attend classes four times a day. They are also expected to earn a living by begging and sometimes that helps to provide for their teachers’ upkeep too.

On Fridays, they are let ‘loose’ on the city where they beg for alms to feed, or run errands. The notorious ones get their preliminary introduction into fundamentalism and terrorism from rabble-rousing street preachers.

Over the years, the Almajiri programme has only succeeded in co-existing alongside the formal school system. It failed to be submerged into formal education.

Former President Jonathan, seeing the level of illiteracy in the north, where out-of-school children, known as Almajiri constitute nuisance, had come up with the idea of building Almajiri schools to reduce street begging and integrate basic primary education into the Qur’anic system. However, there were reports that now these structures have either been used for conventional education or they have lain waste because pupils have gone back to their old ways of street begging. Former President Jonathan left office shortly after establishing the schools. However, President Muhammadu Buhari, who many believed would take the project up from where his predecessor left it, has more important issues to face.

Kano State, according to the United Nations Children’s Fund (UNICEF), hosts about a third of the estimated nine million out-of-school children in the north. It has about 10 of those schools.

Majority of the children undergoing training in the traditional Arabic School under the Almajiri system in the hands of local teachers are left unkempt, as their parents dumped them in Kano from other parts of the north, with little or no care. Expectedly, these innocent kids roam the streets begging to survive.

Leaders of Arewa Consultative Forum (ACF) have criticized the government for abandoning the Almajiri schools. They also faulted the various northern state governors for not capitalizing on the legacy of the past government by building more schools that would help in improving the Almajiri educational and social status, rather than allow them fall into the hands of Boko Haram insurgents, bandits and kidnappers currently terrorizing the nation.

ACF National Publicity Secretary, Emmanuel Yawe, who spoke with The Guardian, lamented how the government allowed Almajiri schools built by past administration to rot away, while the Almajiri syndrome has continued to hunt the north. For instance, Yawe said the school built by the Jonathan government along Zaria-Kano road with billions of naira public funds has been left to rot, without any step taken to address the menace of the Almajiri in the society. He said: “There should have been a follow-up on the Almajiri Schools by northern governors but they didn’t. There was no follow-up and today, the schools are dilapidated, they are not doing well at all. It is actually the fault of northern governors and I hope one day, they would wake up and realize the damage this has done to the region. There was a time in Kano when the state government established the Kano Foundation. One of the principal purposes of the foundation and the school was to integrate the Almajiri system into western educational curriculum, but it was not followed up.

Almajiri, as it is now, is a big security problem to the whole country and we pray that northern governors will be serious about it.”

The ACF leader alleged that the initiative was destroyed by politics, as some northern governors felt Jonathan was undermining their authorities. “So, there was no proper coordination between the Federal and state governments. We should put politics aside. I think one of the major setbacks that befell the school programme was either former President Jonathan did not woo the then state governors or they rejected him and made him look anti-north.”

President, Arewa Youths for Development and Progress (AYDP), Danjuma Sarki, said lack of proper education for the Almajiri has worsened the already bad security situation in the region. Sarki lamented that the Almajiris have become a serious problem and they form a good number of out-of- school children in the region. Apart from being the epicentre of commerce and industries in Northern Nigeria, Kano has the largest population of Almajiri, who constitute a significant percentage of out-of-school children in the state.

Considering the influx of these children from across neighbouring states to seek Qur’anic knowledge, Kano unveiled 13 Tsangaya Model Schools, the highest centre of learning established by former President Goodluck Jonathan administration in 2009. However, the effort to mainstream Qur’anic knowledge into western education system and reduce the number of out-of-school children was defeated after the schools were abandoned by successive administrations in the state. But respite came the way of the once neglected Tsangaya schools when Governor Abdullahi Umar Ganduje in 2020 declared free and compulsory education as well as integration of Almajiri system into western education.

Although the innovations were rejected by some local scholars who misconstrued the initiative as a tactical move to withdraw Almajiris from their custody, the new system did not only resuscitate the abandoned Tsangaya schools, three additional structures were added. 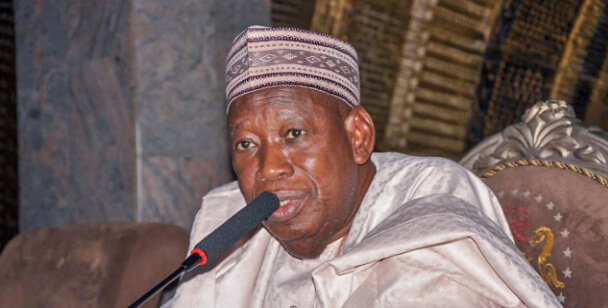 During The Guardian’s visit to one of the schools in Kurna Dandishe Dala local government area, it was discovered that majority of the students have not been provided with mattresses, while other infrastructure, such as furniture and learning aids were non-existent. One of the teachers, who pleaded anonymity, said staff quarters, meant to accommodate at least 10 teachers, a hostel block, laundry and toilets, classrooms and borehole, are now overstretched with an overwhelming number of students in the school.

He alleged that the government has not been doing enough to sustain the project. “Initially we thought the government would come in the area of feeding our students, who have to go out to beg for three square meals. But, to our amazement, the government decided to feed those in government schools. Tsangaya schools are beginning to lose their glory. Established and fully integrated into formal education, but unfortunately, we have not been given the kind of attention we deserve,” the source said.

At Jalawa village in Warawa Local Government Area, about 30 kilometers from the metropolis is another Tsangaya model school. The school is battling challenges of water, mattresses and irregular payment of allowances to volunteer teachers. However, Chairman, Kano State Qur’anic and Islamiyya Management Board, Prof Gwani Yahuza Gwani Danzarga insisted that the Tsangaya schools are receiving adequate attention from the state government. The professor of Qur’anic studies said unlike what was obtainable before the establishment of the board, the Kano State government has captured over 13,000 integrated and non-integrated Almajiris schools, apart from existing Tsangaya schools. The Guardian checks showed that the Kano State government has added boarding facilities in the schools and built additional two to meet the growing demand. The schools, now renamed Tsangaya Model Primary Schools, are located at Dandishe quarters, Albasu, Gaya, Bichi, Harbau in Tsangaya and Sakuwa in Dawakin-Kudu.

Others are in Doguwa, Kibiya, Garo in Kabo, Warawa, Ganduje in Dawakin-Tofa and Kanwa in Madobi councils. They provide free feeding, uniform, and instructional materials. However, the 12 schools have limited capacity to check the influx of Almajiri in the state.

Danzarga said the state government “is establishing additional 52 Almajiri schools” under the free education policy of Ganduje’s administration to integrate the children into western education. According to him, the new pilot scheme, expected to kick off the first week of October, captures well-trained Mathematics, English, Computer Studies and Integrated Science teachers. “Although, we are trying our best to meet the huge demand in population because we have over two million Almajiri in Kano, majority of the influx crossed over from neighbouring states of Katsina, Jigawa, Zamfara, Kaduna and even from north east. The major challenge is that the children were dumped and abandoned by their parents to local Islamic scholars who are also struggling to survive. So, the children are left with no choice than to roam around to fend for themselves. The more reason you see streets littered with children begging,” Danzarga lamented. “We are aware of the large population of Almajiri in Kano and the capacity of the intervention, but we believe the menace of street begging and the number out-of-school children will reduce,” he noted.

An analyst in Jos, Plateau State, Mallam Musa Musawa, told The Guardian that the Almajiri system was designed for religious character development and discipline, which, unfortunately, had been abused. He urged the government to synergize with traditional, religious and community leaders to make western education compulsory from age one to 21.