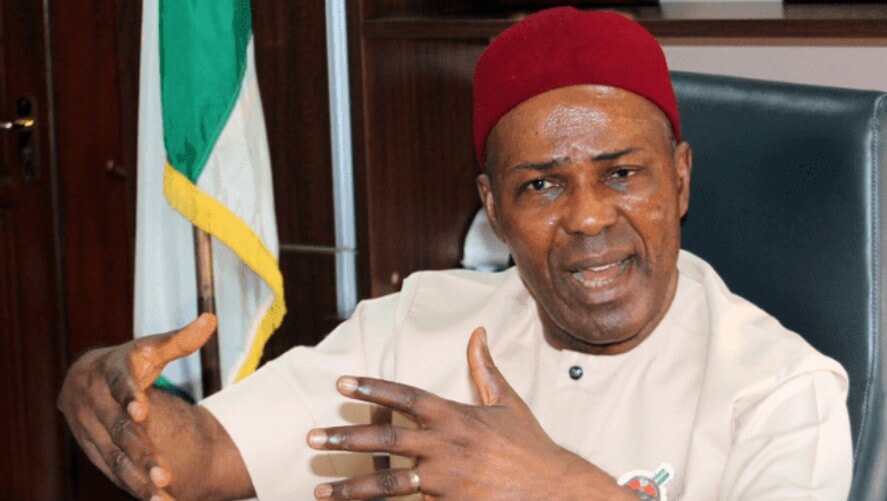 Minister of Science, Technology and Innovation, Chief Ogbonnaya Onu has said that Nigeria already achieved a milestone in its economic diversification initiative. He stated that many commodities hitherto imported were now being produced in the country. But the minister did not give instances of the “many commodities”. Onu spoke when Taraba State Governor, Darius Dickson Ishaku paid him a courtesy visit in his office in Abuja. He also said the government was working to deepen diversification.

The minister noted that the present administration was working judiciously to move the nation’s economy from resource commodity to knowledge-based economy that is innovation-driven. According to him, for Nigeria to be truly great like other technologically advanced countries, it must pay special attention to the development of Science, Technology and Innovation (STI).

He said: “In the past five to six years, my ministry has been leading the way to ensure that our economy will no longer depend entirely on commodities but depend on knowledge that is innovation driven.  “We are very happy that this is happening because we have already seen good results as we are gradually moving the nation away from depending entirely on commodities so that we can use our brain to add value to our enormous resources. By doing so, we will be in a position to produce locally many of the things that we import from other countries. And when we do this, we will create jobs for our people and make sure our economy grows stronger. One evidence we have is that our economy is now diversified. We are working to deepen the diversification, and the reason for this diversification is that the economy is now knowledge based.”

Earlier, Ishaku said his visit to the ministry was to solicit Federal Government’s support in resuscitating the Bio Technology Centre that was destroyed during the EndSARS protests in the state. “The biotechnology centre we have was doing so well until the EndSARS problem started and it was destroyed. And that rendered the place useless. The technologies there were helping our farmers and even the machine technology in Jalingo helped us produce machines for drying fish and other products. But all of a sudden the protests brought the dreams to a standstill. I am here to plead with the minister that the biotechnology and other projects should be resuscitated”, he said.