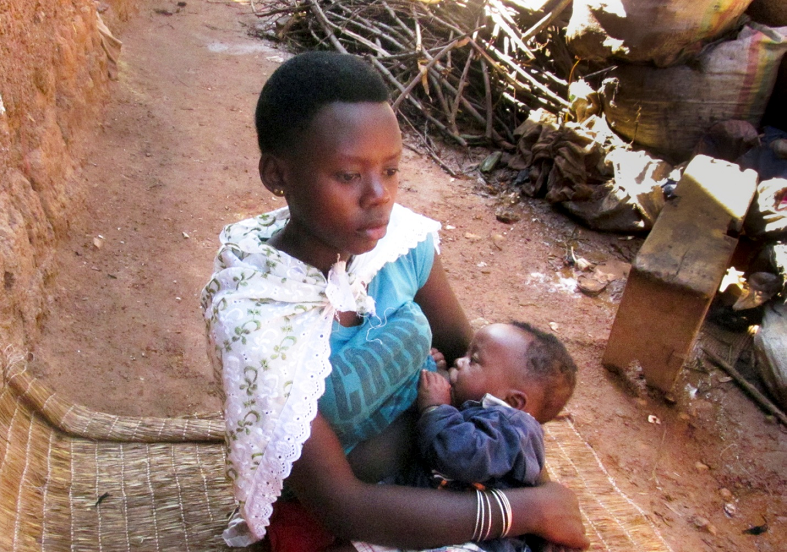 An unplanned pregnancy is a pregnancy that occurs without the parents trying for one. These pregnancies aren’t necessarily unwanted, but they’re not intended. Most people who find themselves facing an unintended pregnancy go through a variety of emotions, including surprise, disbelief, panic, embarrassment and excitement

Women facing an unplanned pregnancy struggle with a unique set of challenges – but the obstacles ahead are not insurmountable. With the right support, education and resources, countless women go on to lead successful lives after an unexpected pregnancy. But in order to achieve positive outcomes, communities must first understand the possible consequences of unwanted pregnancy and how to prevent unplanned pregnancy in the first place. The impact of unplanned pregnancy is more than just a new mother and child in the world; it’s a systematic change to society that has repercussions for many different people.

The consequences of unplanned pregnancy do not just affect pregnant women. Rather, the current rates of unintended pregnancy have a profound impact on mothers, children, and entire communities.

In this article, you will find information on the possible effects of unintended pregnancy and the possible solutions to combat them.

Some of the most intense effects of unintended pregnancy are felt by the children at the center of this situation. While many women do end up loving their unplanned child just as much as they would a planned one, the situation into which these children are born may not be as ideal as if a woman had been substantially prepared for her pregnancy and parenting of a child.

What are some of these unplanned pregnancy consequences for children born as a result? Children raised by single mothers or couples after an unplanned pregnancy are shown to be at a higher risk of certain physical, mental, and behavioral setbacks. Many of these risks are a result of stress on the part of the parents, as well as their level of preparedness to provide a secure home for a child.

These children might be at risk for the following:

Outcomes for children placed for adoption have been somewhat different; studies have shown that adopted children fare as well as or better than biological children. This suggests that while the physical and mental health of the biological mother is important to the child’s health, the home environment also has an effect. A woman who is not expecting to raise a child often cannot provide the same safe and stable home that a woman who has been preparing to raise a child can.

Aside from the typical risks involved in any pregnancy, age can play a role in increasing medical risks for expectant mothers. Teenage mothers and women over the age of 35 have a higher chance of experiencing a number of health complications. If a pregnancy is unplanned, a woman may not be in proper health to carry a child — increasing the risk of associated health effects of an unwanted pregnancy.

Unplanned pregnancy can also cause psychological issues for women. An unexpected life event of any kind has the potential to create stress, and a pregnancy is a significant life event. Some studies have suggested that mothers who were not expecting their pregnancy experience higher levels of stress and depression, especially in the first few months of the child’s life, which may also have an impact on their child’s development. Additionally, women who have children from unplanned pregnancies are more likely to have less income and less education, especially if they are teen mothers.

Raising a child is expensive and often requires a mother to put aside her own dreams for the sake of the child, which contributes to the potential stagnation in her career, education and personal life.

The consequences of unintended pregnancy affect not just individuals but communities as a whole. The National Campaign to Prevent Teen and Unplanned Pregnancy states that in 2010, teen childbearing alone cost U.S. citizens around $9.4 billion. That number is estimated to be even higher in previous years, when the rates of unplanned pregnancy were similarly higher.

The cost to taxpayers, while not the most important reason to raise unplanned pregnancy awareness, serves as a reminder that it is an issue that affects everyone. The National Campaign offers more information on the public cost of teen and unplanned pregnancy in each state.

In addition, because women who experience unintended pregnancies are disproportionately low-income, they often do not have the supportive resources they need to improve their situation. Often, they end up in a cycle of poverty and welfare that cannot be broken, and they cannot be the fully productive members of society they desire to be.

Unplanned pregnancy is an important health issue that affects everyone not only in the U.S., but across the globe, and certainly not just those directly involved in these complicated situations. Education is the key in preventing the negative effects of unintended pregnancy and, by reading this article, you’ve taken the first step.

If you are interested in learning more about the causes and effects of unwanted pregnancy, the only surefire way to prevent pregnancy is not to have sex. But abstinence – only education is not sufficient or realistic — in fact, can even be dangerous. When young people are taught that abstinence is the only option, they never learn all of the ways to get pregnant accidentally — and, more often than not, find themselves facing an unplanned pregnancy when they eventually do have sex. When used correctly, standard contraception is 90 to 99 percent effective. Condoms are shown to be 98 percent effective, and the birth control pill is 99.7 percent.  By pursuing proper sex education and promoting the proper and regular use of contraception, every individual can play a part in minimizing unintended pregnancies.