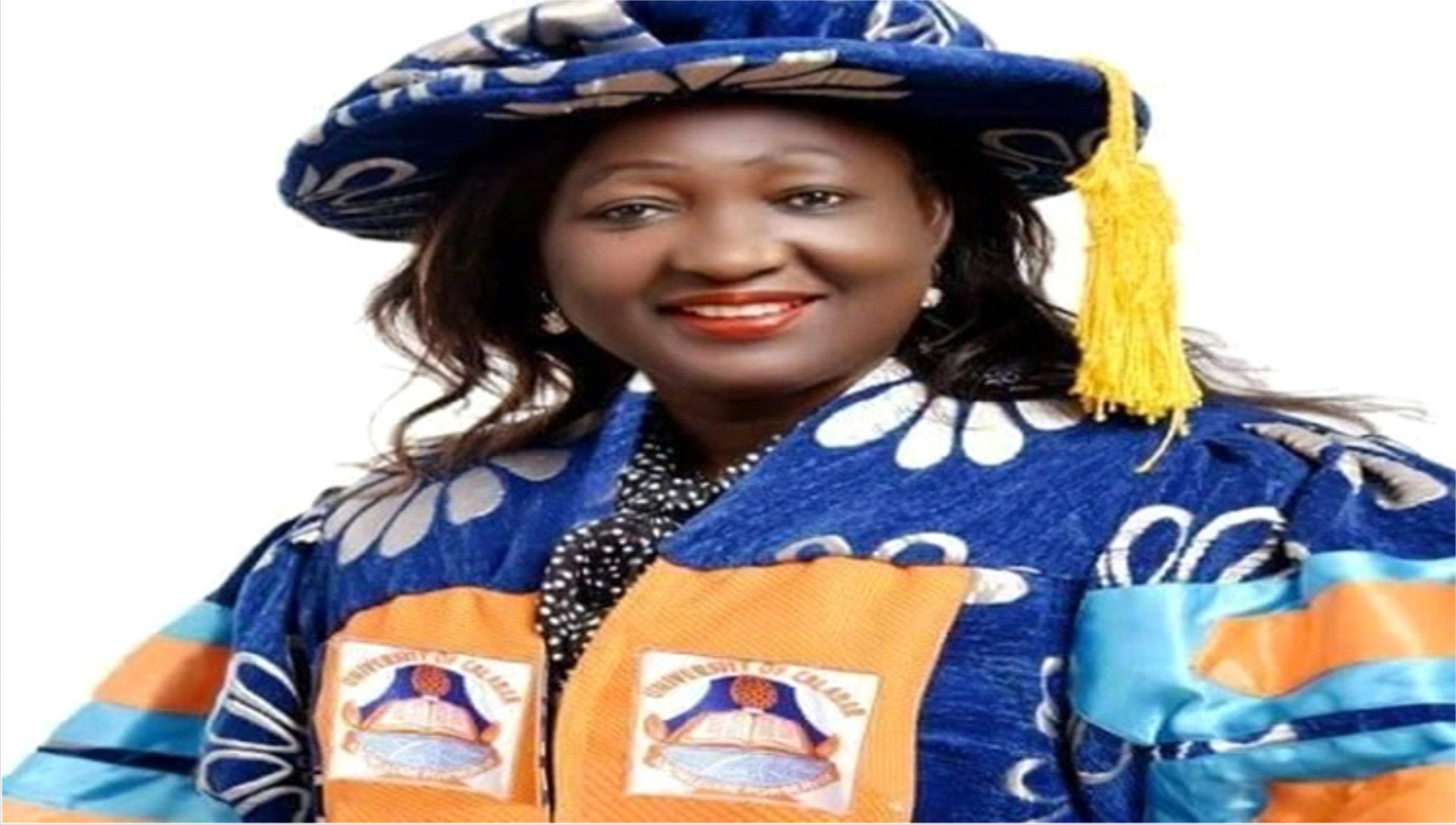 By Gill Nsa in Calabar

The Pro-Chancellor of the University, Senator Justina Nkechi Nwoagu and many other dignitaries at the event included the Minister of State for Power, Prince Goody Agba, the Deputy Governor of Cross River State, Prof. Ivara Esu, the former Governor of the State, Mr. Donald Duke and his wife Onari, the Speaker of Cross River State House of Assembly, Hon. Eteng Jonas William, Senator Florence Ita-Giwa amidst others.

Delivering her investiture speech, Professor Obi said: “from the core of my being, I accept and consider this call as an opportunity to plough in with greater intensity and dynamism, and to mobilize and channel our creative energies in ideas, vision and action to put our institution on a higher pedestal of reckoning”.

“Through history” she added, “the inauguration of a Vice-Chancellor has always been an epoch-making event, for it is considered a water-shed in the heralding of an anointed and hallowed commander in the pursuit of academic excellence and leadership in the history of a university, this is our story today”.

“My inauguration as the 11th Vice-Chancellor of the University of Calabar bestows on me the obligation to provide academic, administrative and financial leadership in this citadel of learning for the next five years. It is particularly a great responsibility for me, for the special reason that this is the first time a woman is taking over the mantle of leadership in a university ruled by male Vice-Chancellors for the past 45 years.”

“As a psychologist, I am not oblivious of the fact that human beings are unpredictable, capricious and shady in character most of the time. In fact, Mr. J. D. Rockefeller of the United States, in spite of his business acumen and being a multi-billionaire admitted that there is a problem in dealing with human beings, when he said: “I will pay more to acquire the ability to govern people than any other ability under the sun”.

“The American Management Association put the problem slightly differently when it said that “the most important single skill of any administrator is the ability to direct people and get along with them” and that “this ability is rated higher than intelligence, decisiveness and knowledge of job skills”. In my 30 years of service to the University of Calabar and 13 years as Professor, I have garnered the experience, exposure, training, administrative and leadership skills to help me cope with situations and people. I pledge to dedicate myself wholly and completely to the onerous duty of pragmatic leadership, tough choices and sacrifice.”

Speaking to newsmen separately, the Pro-Chancellor of the University of Calabar, Senator Nkechi Nwaogu solicited for assistance from public spirited individuals and organizations for the University, pointing at the huge destruction the institution suffered in the wake of the ENDSARS protest which degenerated into violence and wanton destruction.

Senator Nwaogu noted that property worth about N1.3 billion was destroyed in the mayhem and regretted that the level of destruction suffered by the University remained under-reported.

She mentioned some of the properties destroyed by the hoodlums in UNICAL to include the Academic publishing center, medical college, faculty of pharmaceutical sciences and the UNICAL hotel and Conference Center. She said it was sad that the hoodlums destroyed and looted properties of the University and having a field day but for members of the neighborhood who repelled them. The Chairman of the University Governing Council noted that the level of destruction had taken the school backward in infrastructure by 5years. She again pleaded to government, individuals and public organizations to assist the University and congratulated the new Vice Chancellor, Prof. Florence Obi

How to stop strikes in Nigerian Universities