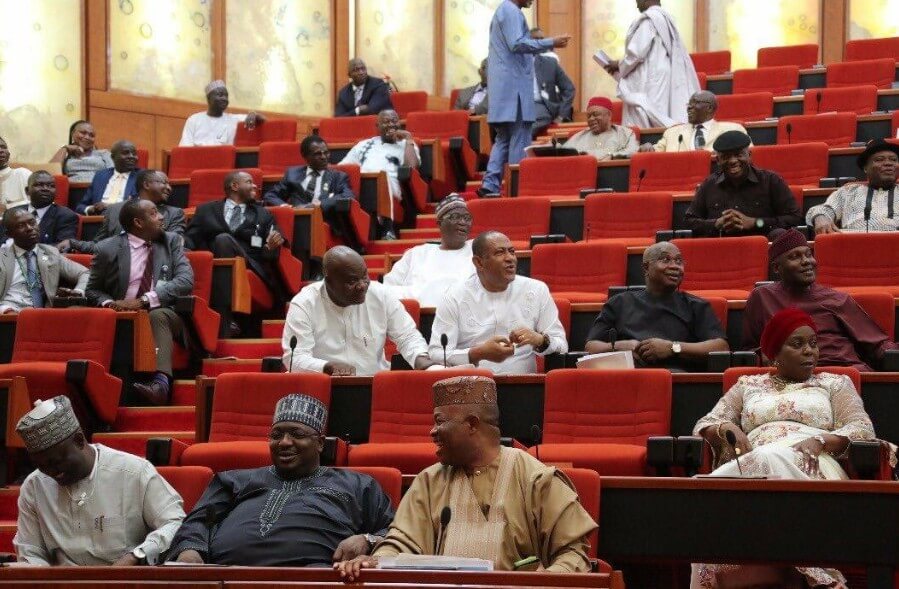 Sexual harassment, rape and violence, particularly against children and women, are some major concerns that lawmakers have beamed their searchlight on. The reason is not far-fetched, as Nigerians are daily inundated with different cases of sexual harassment that cause trauma and psychological dislocation to victims. Worried by the trend, the Senate, after a third reading, passed into law the Sexual Amendment Bill (2020 as amended) and barring any unforeseen issue may soon become a legal force to tackle sexual crime.

Titled: ‘A Bill for an Act to prevent, prohibit and redress sexual harassment of students in tertiary educational institutions and for matters concerned therewith, 2019,’ it was sponsored by 107 senators. The bill, with 25 clauses, seeks to promote and protect ethical standards in tertiary institutions. It also seeks to protect students against sexual harassment by educators in tertiary institutions. The bill also proposes up to 14 years of jail term for offenders. The bill was reintroduced to the Senate two days after a BBC documentary exposed two lecturers of the University of Lagos (UNILAG), and a lecturer of the University of Ghana for sexual harassment. The documentary sparked reactions from many Nigerians who decried the video while calling for further investigations and prosecution. During the public hearing, lecturers, students, academic bodies and civil organizations raised concerns and proposed amendments to the bill. One of such was the Academic Staff Union of Universities (ASUU), which described the legislation as biased and capable of stigmatizing lecturers in universities.

The bill will be transmitted to the House of Representatives for concurrence and then sent to the president for assent. While passing the law, the Senate adjusted the provisions to apply to all schools, including primary schools. The bill, however, has many curious provisions. According to some of the clauses, lecturers in higher institutions must not date, befriend or have sexual relationship with any student.

In effect, the bill prohibits lecturers from dating any of their students. If any lecturer finds himself in such a situation, he must choose one of four options, which are to end the relationship, marry her immediately, resign as a lecturer or for the girl to drop out of school. There is nothing like consenting adults in the bill. Such relationships are to be nipped in the bud. The most curious aspect of the bill is that the law is not peculiar to lecturers alone. It covers those in corporate organizations, including chief executive officers, directors, heads of department and supervisors.

But many stakeholders have faulted the government on some of the controversial provisions of the bill. Although they applauded the move, the consensus is that the lawmakers should have done wider consultations to get varied opinions and craft a legal document that would address sexual crimes without infringing on the rights of people to associate. Appraising the bill, Lagos lawyer, Ogechi Ogu, said given the growing trend of sexual crimes in the country, the emotion behind the provisions is quite understandable, though not well seated. The lawyer observed that the bill is coming on the heels of several reported cases of sexual and gender-based violence (SGBV) in both private and public spaces. “Reports of cases of SGBV abound everywhere and experiences of victims are very traumatic and mentally debilitating, to say the least. However, it must be noted that the bill is targeted at protecting the rights of victims and likely victims, but it will be an aberration to perpetrate rights abuse in the process of protecting others’ rights. The 1999 Constitution provides for freedom of association, and concerning male/female relationships, adults have freedom of consensual relationships. Therefore making sweeping decisions regarding every one, both adults and children, does not properly reflect what our laws say. Laws are meant to connect to one another.

Again, laws are meant to be obeyed and good laws are easily obeyed, while bad ones are observed in the breach. This is what we may achieve when we say two adults cannot consent to a relationship simply because they find themselves in a university environment. This may work for both primary and secondary schools because of the age bracket of persons found in such environments. Of course, it is not expected that an under-aged can go into such a relationship and no man can plead the consent of a girl-child since such consent is invalid,” she said.

Besides, Ogu pointed out that Nigeria already has several laws providing protection against sexual and gender-based violence, and the best thing to do is to make the laws functional.

According to her, enacting new laws for every emerging issue in society may not be a solution to the country’s problems. Rather, she said enforcement of existing laws such as criminal/penal code Acts and Laws of northern and southern states, violence against persons’ prohibition Act and several other international human rights instruments on gender-based violence is what is needed. “Victims/survivors and general public want to see perpetrators account for their actions. Lawmakers should ensure that systems and mechanisms are put in place to bring erring public servants to book according to existing laws.

We cannot rule out the possibility of two young persons – a lecturer and student – developing feelings for each other. I believe it is not in the place of the law to dictate to them how to proceed in a relationship, compel them to get married, or the man resigns or the lady drops out of school. I doubt how easily this law can be implemented if finally enacted. Instead, Ogu said lawmakers should focus on strengthening accountability mechanisms against perpetrators of SHBV in private and public places. She also expressed doubts whether views of all stakeholders were sought before the bill was passed and suggested that it be recalled for further consultations. The lawyer pointed out that the bill does not comply with the principles of equality and non-discrimination, as it appears to single out certain segments of society. She said: “The bill targets and disproportionately affects men working in certain enumerated positions in the country. The question is whether sexual and gender-based violence is permissible in some other circumstances or environment? There is a need for more consultations. Stakeholders should be brought to the table and recommendations sought on alternative ways of responding to the unfortunate and near epidemic sexual and gender-based violence. Accountability is critical.”

Speaking on how to tackle sexual crime, Ogu said organizations in both public and private sectors should have strong gender policies that should be clearly implemented. Noting that sexual and gender-based violence have been around due to social, traditional and sometimes, religious views about women, which often portray them as objects that should be used for men’s pleasure, Ogu lamented that this thinking propels those in positions of authority to use women as they choose. She stated that there should be awareness and sensitization of the public on issues of sexual violence and the level of protection the laws offer. This, according to her, will help many victims to speak up and seek redress. “This, will, in turn, make perpetrators who hitherto have been hiding under the shadow of victims inability to come out in the open to know that it is no longer business as usual. This will help a lot in reducing cases of sexual violence. Perpetrators should also be made to know the seriousness of the sexual crime, especially when it comes from a person in a position of authority,” Ogu added.

Education consultant, Julius Opara, said the bill should not only focus on tertiary institutions but cut across workplaces to equally put a check on directors and Heads of departments of both public and private organizations, executive directors, political office holders, drivers, conductors, school bus drivers and handlers, among others. Opara said the bill imposes stiff penalties on offenders in its overall objective, which aims to provide statutory protection for students and others considered vulnerable. Hence it is wise to say that it should be passed, but only after wider consultation with stakeholders. Opara said: “Like others, the sexual harassment bill should consider the views of relevant stakeholders. In this case, pressure groups like ASUU, NASU and NUT should be allowed to air their views and contribute meaningfully during the draft stage, but sadly, it appeared this was not the case.”

Former ASUU President, Prof Biodun Ogunyemi, had kicked against the bill alleging that it was targeted at lecturers. He also stressed the need to accommodate solutions to sexual harassment and violence. Opara, quoting CDC’s STOP-SV technical package on prevention of sexual violence, said a social-emotional learning approach could be applied to solve the problem. “In addition to providing information about violence, these approaches focus on changing the way children and adolescents think and feel about violence and provide opportunities to practice and reinforce skills. These approaches have typically been used in middle and high school settings. These programmes strive to reduce sexual violence that occurs in the context of dating and intimate partner relationships. Such approaches can work to build communication and conflict resolution skills as well as expectations for caring, respectful and non-violent behaviour. Opportunities to practice and reinforce these skills are an important part of prevention programmes that have worked. Other solutions include healthy sexuality which, has to do with a comprehensive sex education that addresses sexual communication and sexual respect, empowerment-based training for women to reduce the risk for victimization by increasing women’s ability to assess risk for sexual harassment and sexual violence and identifying seamless channels of reporting harassment for immediate action”.

Chairman, Academic Staff Union of Secondary Schools of Nigeria (ASUS), Lagos State chapter, Kazeem Labaika, described the bill as a welcome development, saying there are people who always take advantage of young and vulnerable individuals. He however emphasized that lawmakers should focus on sensitization by carrying relevant stakeholders along. Labaika urged lawmakers to recall the bill for more consultations and input. He also advised that students should be taught how to speak out whenever they are being sexually abused.