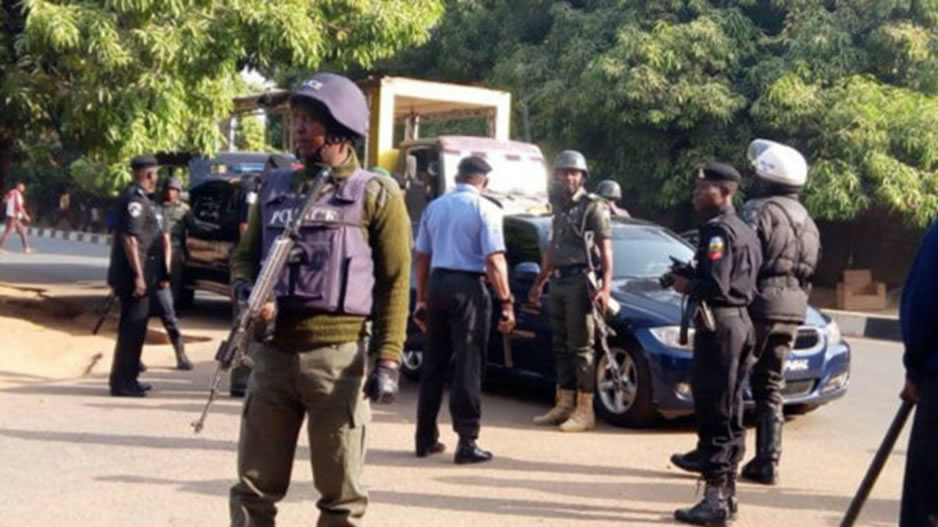 Developments in Imo State in the past few days have left many distraught and unhappy. Imo people are wondering. If home is no longer safe, where else could possibly be? In the early morning hours of Monday 5 April, Imo people were alerted to a gory sight of burnt police vehicles. They were told that some unknown gunmen attacked the Police Headquarters in Owerri, the Imo State capital. They destroyed several vehicles parked within the premises and set them ablaze. Then they moved to the Correctional Centre close by, broke into the premises and freed some 1, 844 prisoners.

Initially the attackers were suspected to be members of the Indigenous Peoples of Biafra (IPOB) organization. The group had always been singled out for blame in previous attacks on security offices and facilities in the South-East and South-South regions. The IPOB, which has consistently clamoured for a referendum or an independent Biafra carved out from Nigeria denied carrying out the attacks.

Two days later, on Wednesday 7 April, the spokesperson of the Correctional Centre, Mr. Francis Enobore released a statement on the attack. He made no allegation that the attack was carried out by IPOB or any other known group agitating for reforms. He simply said it was by “unknown gunmen.” He said the Owerri Custodial Centre in Imo State had been attacked by unknown gunmen who forcefully released a total of 1,844 inmates in custody. The attackers who stormed the facility at about 02:15 hrs on Monday 5th April, 2021, gained entrance into the yard by using explosives to blast the administrative block. Enobore said 6 inmates had so far voluntarily returned to the facility while 35 inmates refused to escape from custody during the attack. The gunmen were said to have arrived the centre in their large numbers in several Hilux pick-up vans and Sienna Buses armed with sophisticated weapons and immediately engaged the security personnel on duty in a fierce gun battle. They eventually detonated the explosive to gain entrance.

Soon after their operations, the Acting Controller-General of the Correctional Centre, Mr. John Mrabure ordered a comprehensive investigation into the incident and in collaboration with other security organizations commenced search and recover operations to capture the fleeing inmates.

Appealing to the good citizens of Imo state and indeed to all Nigerians to volunteer useful intelligence that would facilitate recovery efforts, the Acting Controller-General assured the public that the security of custodial centres in the country remains sacrosanct. He directed all officers attached to custodial facilities to remain vigilant “at this trying moment in our history.”

“Nigerians must come together and reject the agents of anarchy seeking to cause chaos for their own selfish interests, especially as there are many more who are working tirelessly to build up the country’s system and to enhance it”, Vice President Yemi told Imo people. “Our system is not perfect – no earthly system is – but democracy provides channels for seeking redress for injury, for peacefully addressing the problems that ail us. There are many who are working tirelessly to improve our system, to build it up and to enhance it. We must, therefore, reject the agents of anarchy that are seeking to weaponize the frustration and discontent of our young people for their own profit. The path of violence can only lead to a disaster that consumes everyone and leads to the desolation of our communities. It is easy to take peace for granted, but we need not learn the value of peace through the horrible crucible of war.”

Calling on Nigerians to reject groups that want to sow violence and destruction, the Vice President, referring to those who may be behind the Monday attack, said: “We must reject any attempt to portray these criminal elements as anything other than representatives of their own malice and hatred. They do not represent the good people of this state and this geopolitical zone. Anyone who perpetrates violence does not represent the progressive mindedness of the good people of this state and this zone. And I call on all of us to come together to resist any attempt to turn the progress and peace that this zone is set to experience to conflict and disruption.”

Osinbajo said: “An attack on the critical institutions of law enforcement, police stations and prisons is an attack on the safety, security and well-being of the citizens. It is not merely an assault on law and order – it is a mindless attack on the people and our way of life. When you attack police stations and free dangerous criminals, you put men, women, children and their possessions and livelihoods at risk. Whatever the motives of the perpetrators were, this action is egregious and atrocious in the extreme – and all men and women of goodwill must openly condemn this assault on the way of life of the good people of the state.”

President Muhammadu Buhari, on a medical trip to London, also condemned the attack and called it an act of terrorism. The President directed security and intelligence agencies in the state and the geo-political zone to fully mobilize and go after the terrorists, apprehend them and get them punished under the full weight of the law. He also called for the best efforts to be made to re-arrest fleeing prison detainees, many of them believed to be deadly criminals. President Buhari then appealed to members of the public to assist the law enforcement agencies with any relevant information that could lead to the apprehension of the criminals who perpetrated the despicable act.

However, barely 24 hours after the police headquarters was attacked, another police station was set ablaze in the state, according to agency reports. The unknown gunmen on Tuesday attacked the police division in Ehime-Mbano in the state and burnt down some vehicles. The police spokesperson in Imo State, Orlando Ikeokwu, confirmed the attack on the police facility. The latest attack occurred few hours after the Vice President, Yemi Osinbajo, the former Inspector General of Police, Mohammed Adamu and other government functionaries visited the state to inspect the attacked facilities. And while in Imo, information suddenly came to the Inspector General that his office had reverted to his deputy. No reasons were given and people did not suspect it had to do with the invasion of the police headquarters and the Correctional Centre.

The police spokesperson, Mr. Ikeokwu, a superintendent of police, said no life was lost in the latest attack. The News Agency of Nigeria (NAN) reported that the attack brought to five the number of police facilities destroyed in the state in two months between February and the first week of April. They are Obowo, Aboh-Mbaise, Ihite Uboma, Isiala Mbano and Ehime Mbano as well as the police headquarters in the state. There had been a spate of attacks on police officers and police facilities lately around the country’s South-East and South-South regions. In the neighbouring Abia state, the governor imposed a curfew in some cities as a preventive measure against another such attack. The pro-Biafra group, IPOB, denied the accusation it was behind Monday’s attack on the police headquarters in Imo.

Certainly, these are worrying developments. Some people have suggested that this was the handiwork of Imo state governor Hope Uzodinma’s political enemies. But no one is sure. We at Imo State Business Link Magazine are very concerned about these developments. In a country where justice can be compromised, there is no doubt that some of the fleeing inmates were, and still could be, hardened criminals. They would probably constitute a nuisance to public safety. Some may also be harmless, if the Correctional Centre impacted positively in their lives.

It is a step in the right direction that several commissions of enquiry have been set up to verify what actually transpired. We wish them healthy, unbiased deliberations. It is necessary for the good people of Imo to know what really happened and why. That, for sure, would put their minds at rest.

A stitch in time saves nine