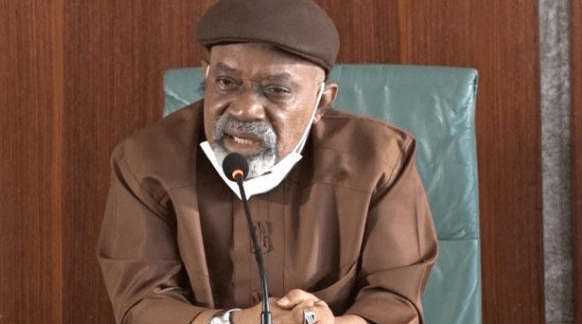 The four-week warning industrial action by the Academic Staff Union of Universities (ASUU) on Monday, 14 February 2022 is already in its third week, with no resolution in sight. Indeed, the continued industrial action and threat of indefinite industrial action by ASUU has become one sore chapter in the education narrative of Nigeria. From the onset, agreements reached by government and the trade union and its affiliates are never implemented or at best, they are implemented in bits, forcing the union members to return to their usual action of abandoning work.

This vicious circle of averagely working for six months and embarking on industrial action for a month or two is obviously doing the country no good. Students and their parents are left with a serious psychological feeling of failure at school. Many students begin to learn short cuts to education. But there is no short cut to the art or science of learning.

On reflection we must accept that in the first place these incessant industrial actions have a tendency of damaging the image of Nigerian universities. The University which is normally seen as the citadel of great learning becomes the harbinger of conflicts and counter-conflicts between the government and the academic staff. That is the last thing any Nigerian would want to appreciate.

During these periods of industrial action, students are forced to stay home. Staying home meant falling prey to temptations that could lead to criminal activities like rape, doing drugs, cyber crimes and even murder in a fit of anger.

The June 2021 case of 21 year-old Chidinma Ojukwu who murdered her millionaire friend, the Chief Executive Officer of Super TV, Usifo Ataga, in the Lekki area of Lagos state is still fresh in the minds of many Nigerians. Chidinma was arrested at her parents’ home in Yaba. If she was in the university campus, perhaps the story would have taken a different slant.  But she was at home. She was in her parents’ home.

A 300-level student of Mass Communication, she explained that she was in a romantic relationship with Ataga for about 4 months before she stabbed him to death. She confessed that she killed Ataga after an argument. She stabbed him twice before proceeding to withdraw N380, 000 from his account.

It is also on record that on Monday, 13 September 2021, Justice Oyinloye convicted Oyewale Wasiu Adetunji and Adebayo Ibrahim Abiodun, who were students of Kwara State University, Molete and Kwara State Polytechnic, Ilorin respectively to various terms of jail for internet fraud.

Because of the frequency of these unending industrial actions, students have had to spend several more years for courses that  would ordinarily take three or four years. This situation automatically damages the vision and ambition of young Nigerian graduates who may have had high hopes, for example, of graduating at 21 but are forced by circumstances created by the frequent ASUU industrial action to graduate at 25.

To add to the situation, these striking lecturers even collect their monthly salaries while they are out of the classroom and no lectures are going on. To put it mildly, this is a travesty of justice. If government took a punitive measure, put its foot firmly on the ground and insisted that lecturers would not be paid for the days they refused to work, perhaps the teachers would think twice and stop taking the government by the jugular.

In the years before the military badgered into the democratic evolution of the country, all Nigerian schools were managed by the private sector. Christian denominations like the Anglicans, the Roman Catholics, the Presbyterians, the Lutherans and even the Pentecostal Missions managed Nigerian schools. And they were near perfect. There was discipline among both students and their teachers. There were zero cases of industrial action because people were afraid of losing their jobs. The moment government came into it, not only did the standard of education fall dramatically, the commitment of the teachers to roundly train their students gave way to the insatiable quest for financial gratification. It came to a situation of “money first, education later”.

Seeing the way things have gone, and are still going, with the education sector, we make haste to ask: what would it cost government to totally hands off education in Nigeria and allow the private sector to handle every aspect of it? What will it cost government?

We believe that if sanity must return to our institutions of higher learning in Nigeria, government should take its hands off the management of schools from kindergarten to university and anything in-between. And we will also ask ASUU to put the welfare of students as a top priority before they can schedule an industrial action. The lecturers should endearvour to be on the same page with their students.

And if the federal government must enter into negotiations with ASUU for any reason, then Nigerians expect that, in the interest of our young adult students, the government should keep to its side of the bargain. Nigerians are tired of this unending friction between ASUU and the federal government. The industrial actions have to stop somehow to usher sanity back into our education system.

And while we are on it, how did it happen that the teaching of very important subjects like History and Geography were stopped in Nigerian schools during Dr. Jonathan’s watch as President of the Federal Republic and Commander-in-Chief of the Armed Forces? What people and what country would ever plan to forget their history, their ancestry and their geography? Whoever made that proposal to Dr. Jonathan who himself is a university don, was the number one enemy, not only of Nigeria but of the black race worldwide. How can Nigeria afford to exclude itself from the narrative of Black Renaissance?