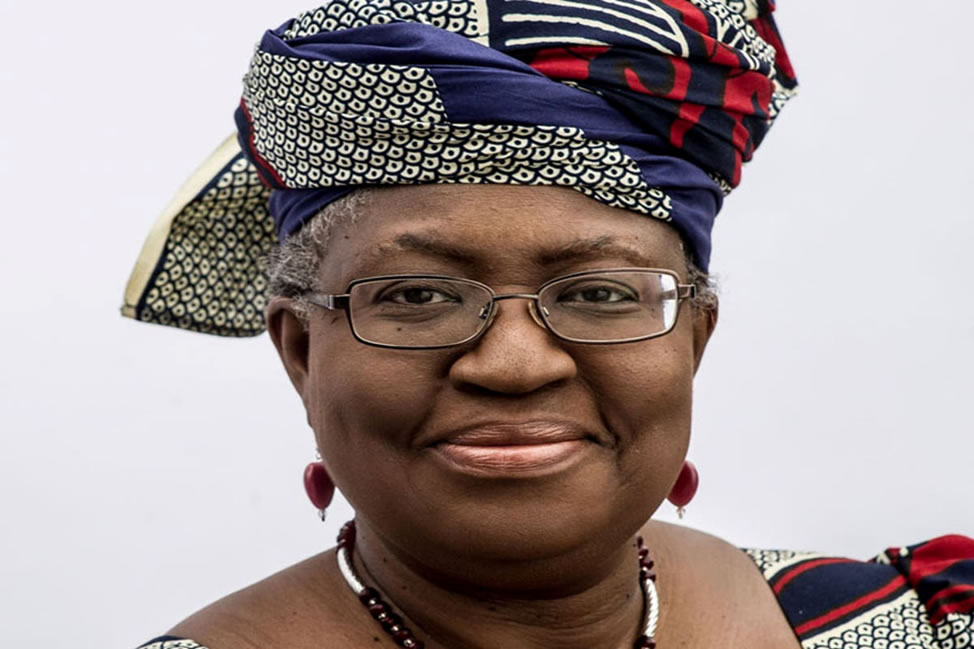 Trade and business, they say, is in the DNA of the Igbo people of Nigeria. The Igbo people of Nigeria have become distinguished for their resilience and hard work all over the world. And Monday, 15 February 2021 marked one more milestone in the progressive history of Igboland and Nigeria. On that day, one of their own, the 66 year-old Dr. Ngozi Okonjo-Iweala, made them proud once again as she was endorsed to lead the world’s international trading organization, the WTO. She made Africa proud.

The World Trade Organization is an international body that deals with the rules of trade between nations. At its heart are the WTO agreements, negotiated among the bulk of the world’s nations and ratified in their legislations. And so, on Monday, 15 February 2021, Okonjo-Iweala was finally nominated after almost two years of intensive lobbying to lead the World Trade Organization, WTO, the international trade body which was at the time faced with the dilemma of satisfactorily resolving disagreements over how cases involving billions in sales and thousands of jobs were decided.

During those days Trump was President of America, he repeatedly accused the WTO of treating the US unfairly. So, Trump started a trade war with China in defiance of WTO protocol. He even threatened to pull the US out of the trade body altogether. Trump imposed 25% tariff on steel products that hit European allies on national security grounds. And in so doing, he tried to justify himself in a situation that clearly went beyond trade measures normally used within the WTO framework of rules to address complaints about unfair trade.

But on assuming office, American current President Joe Biden downplayed the opposition of former President Donald Trump who actually blocked Okonjo-Iweala’s bid for the plump job at the WTO. Biden strongly supported Okonjo-Iweala heading the organization. He was convinced that she would bring a wealth of knowledge in economics and international diplomacy into the system. So, Okonjo-Iweala became approved as Director-General of the World Trade Organization by representatives of its 164 member-countries. The appointment came swiftly on the heels of President Joe Biden endorsing her candidacy which had been blocked by former President Donald Trump.

That same Monday, 15 February, the US delegate to the WTO said he was eager to work with Okonjo-Iweala. “The United States is committed to working closely with Director General Okonjo-Iweala and she can count on the United States to be a constructive partner,” said Charge d’Affaires David Bisbee in remarks he sent to Reuter’s News Agency through the US diplomatic mission in Geneva. Biden’s decision to support Okonjo-Iweala was part of his broader agenda to choose more cooperative approaches to international problems after Trump’s toxic “America First” approach culminated in various trade disputes.

However, unblocking Okonjo-Iweala’s appointment was only a beginning to dealing with trade disputes perpetrated by Trump and in resolving US concerns about the WTO which could be traced back to the days of former President Barrack Obama. During this period, the US blocked the appointment of new judges into the WTO’s appellate body, essentially crippling its ability to resolve extended and complex trade disputes. The US government argued that the trade organization was slow-moving and bureaucratic, ill-equipped to handle the problems posed by China’s state-dominated economy and unduly restrictive on US attempts to impose sanctions on countries which unfairly subsidize their companies or export at unusually low prices.

Okonjo-Iweala is the first African official and the first woman to hold the job. South Korean trade minister Yoo Myung-hee had withdrawn her candidacy a few months ago, leaving Okonjo-Iweala as the only choice. Her predecessor, Roberto Azevedo, stepped down on 31 August, a year before his tenure expired.

In a related statement, Okonjo-Iweala said her first priority would be to quickly address the economic and health consequences of the COVID-19 pandemic and to implement the policy responses needed to get the global economy going again. “Our organization faces many challenges but working together, we can collectively make the WTO stronger, more agile and better adapted to the realities of today,” she said.

So far, Biden has not publicly made it clear whether the US will unblock the appellate appointments and he has not withdrawn the steel tariff which was backed by US steel industry and union groups.

When she takes office on 1 March, Dr Okonjo-Iweala will become the first woman and the first African to be chosen as Director-General of the World Trade Organization. Her tenure which is renewable expires on 31 August 2025.

“This is a very significant moment for the WTO. On behalf of the General Council, I extend our warmest congratulations to Dr Ngozi Okonjo-Iweala on her appointment as the WTO’s next Director-General and formally welcome her to this General Council meeting,” said General Council Chairman, David Walker of New Zealand. “Dr Ngozi, on behalf of all members I wish to sincerely thank you for your graciousness in these exceptional months, and for your patience. We look forward to collaborating closely with you, Dr Ngozi, and I am certain that all members will work with you constructively during your tenure as Director-General to shape the future of this organization,” he added.

In response, Okonjo-Iweala said: “I am honoured to have been selected by WTO members as WTO Director-General. A strong WTO is vital if we are to recover fully and rapidly from the devastation wrought by the COVID-19 pandemic. I look forward to working with members to shape and implement the policy responses we need to get the global economy going again. Our organization faces many challenges but working together we can collectively make the WTO stronger, more agile and better adapted to the realities of today.”

The WTO plays many roles. It operates a global system of trade rules. It acts as a forum for negotiating trade agreements. It settles trade disputes between its members. And it supports the needs of developing countries. The primary purpose of the WTO is to open trade for the benefit of all. A number of simple, fundamental principles form the foundation of the multilateral trading system. All major decisions are made by the WTO’s member governments – either by ministers who would usually meet at least every two years or by their ambassadors or delegates who meet regularly in Geneva, Switzerland.

The WTO’s top decision-making body is the Ministerial Conference. Below this are the General Council and various other councils and committees. Ministerial conferences usually take place every two years. The General Council is the top day-to-day decision-making body. It meets a number of times a year in Geneva. The WTO has over 160 members representing 98 per cent of world trade. Over 20 countries are currently seeking to join the WTO. To join the WTO, a government has to bring its economic and trade policies in line with WTO rules and negotiate its terms of entry with the WTO membership. The WTO has approximately 650 staff on its regular budget

From Imo State Business Link Magazine, we wish to congratulate Dr. Okonjo-Iweala on her appointment. It was not easy coming. We are very proud of you, Ngozi and so is all Africa. And as business people, we will do anything within our reach to ensure that you leave a worthwhile legacy for the world at the end of your tenure. Well done.

Dr. Ngozi is with her husband Dr. Ikemba Iweala, a neurosurgeon and their three sons. The couple has four children, Dr. Onyinye Iweala (MD, PhD) who is an assistant professor of medicine, Dr. Uzodinma Iweala (MD) is an author and medical doctor, Okechukwu Iweala is a songwriter and singer, and Dr. Uchechi Iweala (MD, MBA), an orthopedic surgeon. And they all graduated from Harvard University, USA.

Dr. Ngozi is with her husband Dr. Ikemba Iweala, a neurosurgeon and their three sons. The couple has four children, Dr. Onyinye Iweala (MD, PhD) who is an assistant professor of medicine, Dr. Uzodinma Iweala (MD) is an author and medical doctor, Okechukwu Iweala is a songwriter and singer, and Dr. Uchechi Iweala (MD, MBA), an orthopedic surgeon. And they all graduated from Harvard University, USA.

African countries must keep an eye on their industrial space