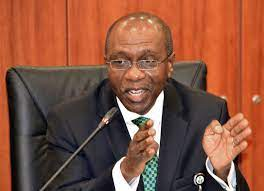 The local currency has faced intense pressure since the Central Bank of Nigeria (CBN) adopted the investors’ and exporters’ (I&E) Window as the default official exchange rate.

At the parallel market, the naira has broken a six-month moving average (MA), selling for as much as N503/$ in Lagos and other major cities. On Monday, at I&E, otherwise known as the Nigerian Autonomous Foreign Exchange (NAFEX) market, the dollar tested N421/$ before it recoiled to close at N411.15/$. It was trading at the N410/$ band a few weeks ago before the new exchange rate regime came into force.

Last year’s fiscal deficit stands at N6.6 trillion as debt hits N33.1 trillion. Meanwhile, the national debt and other contingencies have continued to grow by leaps. Yesterday, the Debt Management Office (DMO) said the total debt stock stood at N33.1 trillion or $87.239 billion as of the first quarter.

The figures include debt of the Federal Government and those of the 36 states and the Federal Capital Territory (FCT). The figure increased by 0.58 per cent compared with the estimated N32.9 trillion as of the end of 2020.

While the increase from last year’s data is marginal, the computation might have been done using the discarded N380/$ exchange rate benchmark.

Godwin Owoh, a professor of applied economics and consultant to the World Bank warned that the black market rate could hit N700/$ by September and N1000/$ before December as there are no clear economic activities that could support a stable naira in the short-run. This, he said, could put millions of households on survival mode.

Owoh lamented that the economy is bleeding and on life support while “there is no genuine interest in netting down the situation as there was no production but softer trades everywhere.”

Although oil prices have ticked upwards in the last four months, Nigeria still has a crunching Forex crisis despite oil accounting for 90 per cent of Nigeria’s foreign earnings.

Brent crude oil reached $71 last week as it headed to a second consecutive week of gains on signs of a recovery in demand from the United States and Europe, increasing optimism among oil producers.

However, experts say Nigeria’s crisis is hinged on the fact that demand has outstripped supply of Forex. The scarcity and negative sentiments have also reduced confidence in the FX market. The transactionary, precautionary and speculative demands for money have outweighed the liquidity of foreign currencies in the country.

Businesses and manufacturers that require foreign expertise and equipment are scrambling for dollars for their operations. Fuel importers bringing in petroleum products are in need of dollars. Airlines have blamed the increase in airfares on dollar scarcity. Foreign investors seeking to repatriate funds trapped in this crisis as well and are joined by Nigerians planning immigration and studies abroad, who need forex for tuition fees.

Speculators and dollar-mongers are adding to the currency craze as the black market rates have deviated from the “CBN reality.” Hoarding is the order of the day and people are selling their naira assets for foreign currencies in anticipation of further devaluation.

THE House of Representatives, yesterday, has, however, directed the CBN to urgently put in place a policy to check further depreciation of the naira to the dollar and other international currencies.

Acting on a motion initiated by Mr. Bamidele Salam, the House directed its Committee on Banking and Currency to ensure compliance and report to the lawmakers in two weeks for further legislative action.

Salam contended that all is not well with the naira and whatever policy that is being adopted to manage it at the moment. The lawmaker argued that long-term devaluation may lead to lower productivity because of the decline in incentive and makes it more difficult for youths, especially in the IT sector whose businesses are online and must necessarily transact in dollars.

The apex bank had at the beginning of the week said it would increase the amount of FX allocated to banks to meet the requests of customers, particularly those seeking foreign exchange for travel allowances, payment of tuition and medical fees among other needs.

But the CBN’s capacity to keep the market under check may have been constrained by the current external reserve position. The Guardian’s check shows that the reserve has been on a steady decline in the past 12 months, notwithstanding the rising oil prices at the international market.

As of Monday, the gross reserve dropped to $34.1 billion while the liquid asset was $33.9 billion. The figure was at its lowest since May 6, 2020, when the total foreign reserve was estimated at $34.08 billion. The falling reserve is an alarm bell and a restraint on CBN’s efforts to sustain the stability of the naira against the dollar and other tradable currencies.

In the face of uncertainty in the currency market, a former assistant director of the regulatory institution, Stan Ukeje, faulted the efficiency of NAFEX to drive the reform as envisaged in the FX market liberalization, saying it is “incomplete” and lacking in depth.

Ukeje said: “The largest earner of foreign exchange in Nigeria, the Nigerian National Petroleum Corporation (NNPC), the Federal Inland Revenue Service (FIRS) and the Federal Minister of Finance are not participants in NAFEX.

Therefore, the market is incomplete. It is deprived of the participation of all exporters and importers.”

With FX demand not showing any sign of retreating amid declining supply, Ukeje said, the domestic currency will continue to decline relative to other currencies.

“The Naira Agenda proposed by the CBN but rejected by the government was a lost chance to balance the market. Imagine that Edo, Kaduna, Akwa Ibom, Rivers and Benue state governments receive some of their FAAC revenues in dollars. The NAFEX will reflect different temperaments/sentiments. For the medium to long-term, the exchange rate cannot be stable if the market is not transparent and accountable.

“When it is transparent, the CBN will intervene only to moderate prices by buying or selling naira in the market. The most debilitating behaviour of the CBN is selling foreign exchange to bureau de change (BDCs) and licensing BDCs to operate in non-border (non-entry-point) markets,” he observed.

The former CBN deputy director said the FX crisis was compounded by the fact that most of the county’s outputs are not demanded by non-Nigerian residents.

“The composition of Nigeria’s gross domestic product (GDP) in 2019 was agricultural output such as yam, cassava, millet, onions, ginger, livestock and fish (21.91 per cent); industrial output such as manufacturing, processing, or transforming goods (27.38 per cent) and services output such as retail trade, financial services, public service, hotel and tourism, and ICT (49.37 per cent ).

“At the border, it is the case that not much of the output of these sectors is demanded by non-Nigerian residents, while Nigerian residents demand several foods (wheat, meat, spices and fruits), industrial (motor vehicles, airplanes, computers, books, weapons, furniture and machinery) and service (travel and holidays, education, medical, software and finance) products from foreign residents. The terms of trade are not in Nigeria’s favour,” he stressed. Another financial expert and Vice Chairman of Highcap Securities Limited, David Adonri, said the naira was overvalued at the NAFEX when weighed against the parallel market window. “This is worrisome because much of the forex sold by CBN will still end up through shady deals in the parallel market, leaving a rent of N90,” he said. 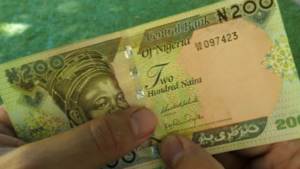 Adonri said the adoption of NAFEX rate would increase cost on trade and manufacturing for enterprises that previously sourced their Forex from CBN at the official rate. He added that the rising rate at the black market was more worrisome as manufacturers and traders set prices at black market rates even when they source FX from the official window.

Adonri, who said the demand for FX will not ease soon, called for the idea of merging the different platforms –NAFEX, BDC and parallel – into a full market-led window where every participant could source FX at a going rate.

“It will also provide a market mechanism for efficient allocation of Forex in the economy,” he said.

Speaking on why Nigeria is still experiencing Forex scarcity despite high oil prices, Dapo-Thomas Opeoluwa, a financial markets analyst, said with the forthcoming general elections in 18 months, “the political industry, which guzzles foreign exchange, would bring on additional pressure to the liquidity crisis. As a result of intense politicking, recent trends show that elections have a negative effect on the foreign exchange market. Prior to the 2019 elections, foreign portfolio investors pulled out as they sensed election uncertainty. Their activities affected the value of the naira. Investors lost about N729 billion during that period.

“Also, the FX market has been hamstrung by weak FX management policies alongside economic saboteurs profiting from the market inefficiencies through round-tripping and arbitrage. With the CBN officially adopting the NAFEX rate, which weakened the naira by eight per cent to N410.25/$1, the CBN has shown that it is attempting to be on the same wavelength with the “market-determined” rate.

“Nigeria needs strong FX liquidity, which can only come from crude sales or borrowings. President Buhari, in a letter to the Senate, has said the country plans to raise the sum of $6.183 billion from a ‘combination of sources’ as it sought approval for the debt raise. The government also plans to issue $3 billion or more in Eurobonds at international capital markets according to a report from Reuters. There is still talk of a loan from the World Bank. Whatever the outcome, Nigeria needs supply, the foreign exchange market needs liquidity, Nigerians need dollars.”